Thin Skin opened on 3 June 2014 at the Taymour Grahne Gallery in New York. The group show, composed solely of paintings, depicts the tension and ‘state of stasis’ found in modern-day Lebanon. We take a closer look at the six artists displaying their work until 2nd July 2014 at the gallery’s 4,000 square-foot Tribeca location. 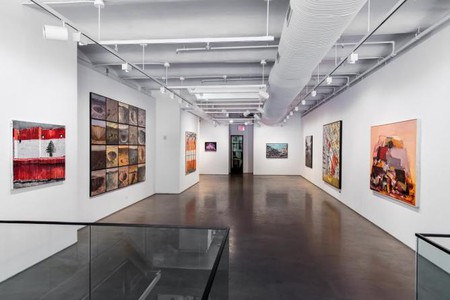 The Taymour Grahne Gallery burst on the contemporary art scene in September 2013, providing a valuable space for emerging and established artists from the Middle East. Before opening the gallery, Grahne founded one of the most respected blogs about contemporary Middle Eastern art and in 2012 was named as one of the ‘50 Most Exciting Art Collectors Under 50’ by Modern Painters magazine.

The curator of Thin Skin is Beirut-native Saleh Barakat. Barakat has a long history of championing contemporary art in the Middle East, including opening the Agial Art Gallery in 1991.

Saleh, who co-curated the first Lebanese Pavilion at the Venice Biennale, sees This Skin as representing the changing Lebanese art scene right now. ‘There is no doubt that the art scene in the past years benefited from the hype around art in general and Middle Eastern art in particular. More collectors are becoming interested and involved in the visual arts, young and emerging artists are benefiting from wider exposure, galleries are trying to reach a more global audience, and art is seen more and more as a reflection of change in our society. With regard to the formal aspect, there is more violence and anger that is being reflected in the works.

The artworks at Taymour Grahne Gallery were selected to reflect the state of anger and violence that has overwhelmed the Lebanese citizens over the past ten years. The six artists, while having chosen contemporary practices like video, installation, and performance to express themselves in earlier years, have recently returned to the medium of painting because of its capacity to reflect the tension that surrounds them through the vibrations reverberated by their brushstrokes.’

In Thin Skin, Saleh aimed to give New York audiences an insight into life in Beirut today, as experienced by the six artists outlined below. 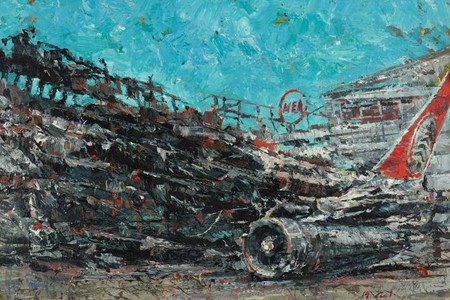 Ayman Baalbaki (b. 1975) studied at the Institut des Beaux Artsin Beirut and at the Ecole Nationale Superieure des Art Decoratifs in Paris, and is known for his paintings and installations. Born in Odeissé, Lebanon, at the beginning of the country’s civil war, his work aptly reflects Lebanon’s difficult and violent modern times through distinctive brushstrokes, strong imagery and floral backdrops. His work has been shown widely throughout Lebanon and Paris and has also been exhibited in London. 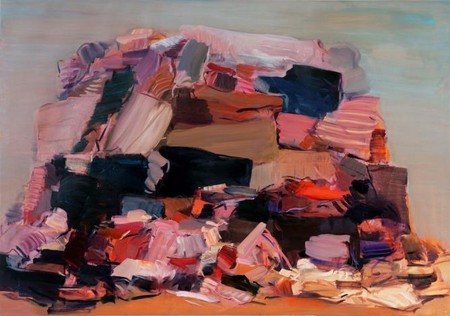 Mohamad-Said Baalbaki (b. 1974) grew up during the Lebanese Civil War and Israeli occupation. During this time, he and his family were forced to move often with few belongings, images that now populate his canvases. His work often shows indistinct heaps of clothing, luggage and books, with the notable absence of people. In 1994, Baalbaki earned his fine arts education at Beirut’s Institut des Beaux-Arts and continued on to graduate with a Master of Arts degree from Berlin’s Institut für Kunst im Kontext in 2002. His work has been shown throughout Canada, Europe, the Middle East and the United States. 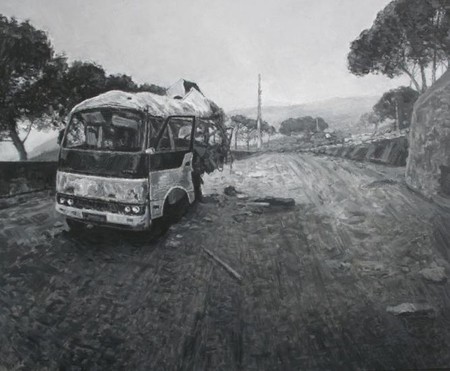 Oussama Baalbaki (b. 1978) was born in Beirut and graduated in 2002 from the School of Fine Arts in Beirut. In addition to providing illustrations for Lebanese newspapers, the artist has participated in exhibitions at Lebanon’s Sursok Museum, the Green Art Gallery in Dubai and the American University Museum in the United States. His work has also appeared at Art Abu Dhabi and Art Dubai. Baalbaki’s work has fine, photo-realistic detail, often with unnerving undertones that challenge perception. 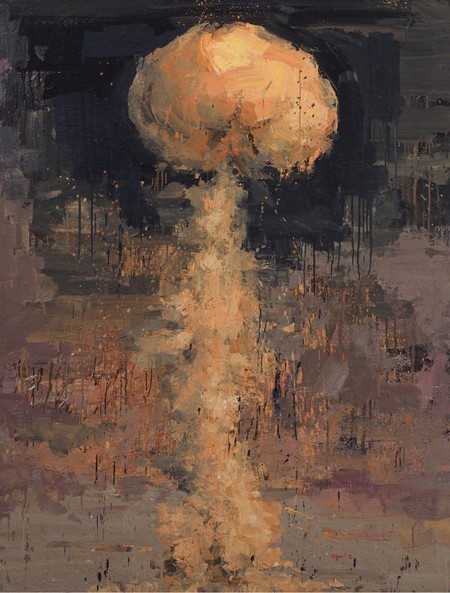 Tagreed Darghouth (b. 1979) graduated from the Lebanese Institute of Fine Arts in 2000 with a Diploma in Painting and Sculpture. Darghouth’s work explores decidedly contemporary topics, such as nuclear weapons and the mass surveillance state. The artist participated in Jordan’s Ayloul Summer Academy at Darat Al Fonoun in 2000-2001. 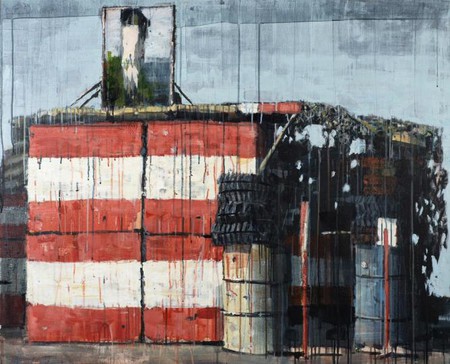 Omar Fakhoury (b. 1979) was born in the mountain village of Beit Chabab in Lebanon. Fakhoury earned a Master of Fine Arts in 2004 from Paris I. His work has been exhibited in Lebanon and Paris, as well as in Istanbul and Europe. Fakhoury’s work depicts the trappings of occupation or fortification with barriers, barbed-wire and walls. 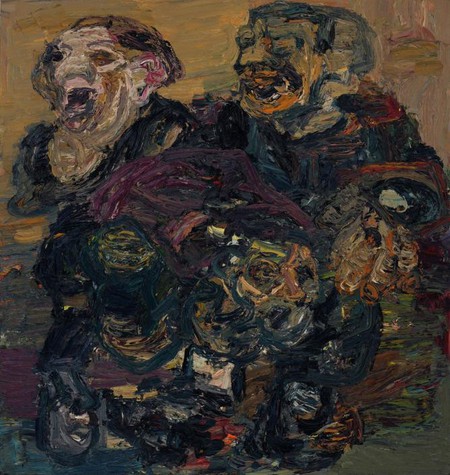 Nadia Safieddine (b. 1973) was born outside of the Lebanon in Dakar, Senegal. Her paintings often portray bold human figures, pregnant with movement and expression. Safieddine graduated with a diploma in Painting in 1979 from the University of Fine Arts, Beirut. The artist shares her time between Beirut and Berlin.