Nadine Labaki on the Chaos of Filming ‘Capernaum’ in Beirut 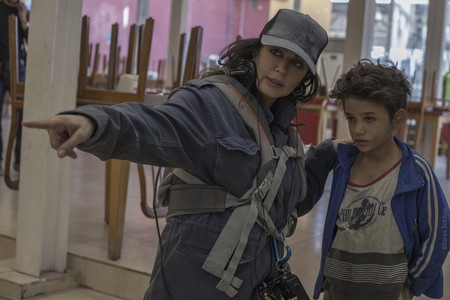 Award-winning writer and director Nadine Labaki tells Culture Trip how she shot the Oscar contender Capernaum on the streets of Lebanon, and why she used untrained actors for the main roles. 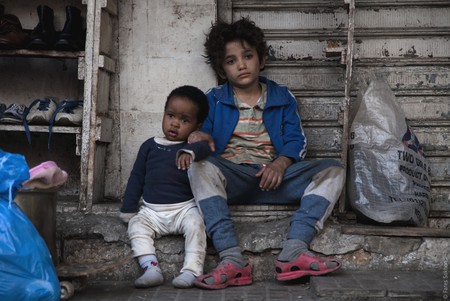 “I needed to show the slums that we see in the film. I needed to talk about it and make it visible. Sometimes people drive right past it and pretend it’s not there,” Labaki says of her raw movie, shot in her home country of Lebanon.

International audiences will know the actress, writer and director from her debut feature film Caramel (2007). International acclaim has followed subsequent releases, and her latest film already picked up the Jury Prize at Cannes in 2018.

Capernaum, which loosely translates into English as “chaos”, may also be a reference in Arabic to a historical location often described as “a place with a disorderly accumulation of objects”.

This is an apt title for a movie that depicts the discordant life of a young boy (Zain) who is trying to keep his poverty-stricken family together in the slums of Beirut, Lebanon’s sprawling capital city. Against this backdrop, Zain rebels and decides to sue his parents for giving birth to him and subjecting him to such misery.

“As a filmmaker I think you want to know about the world. In a way I feel that responsibility to make a change through what I know, which is film. I truly believe in the power of cinema. If I can make a societal change and know that my voice will be heard, I should do that.”

Even though Beirut is home for Labaki, filming on location was still a challenge.

“It was difficult because the most important thing to do was to not interfere with life. We didn’t want to block roads and tell people to shut up. It couldn’t be artificial, and the code was to blend in. We put the actors in there and worked around them. Sometimes it was hard to concentrate – it was chaos. It was ‘capernaum’!”

The cast were so convincing in their roles that passers-by rarely noticed that there was a film being made around them. Labaki knew exactly how she was going to find her principal cast, especially the lead character, Zain, to create this sense of authenticity.

“We had street casting, where we went to find them [the kids in the movie]. You can’t expect someone to come to you in this way. We interviewed kids and their parents, and Zain was in one of those neighbourhoods. He was a Syrian refugee, and the moment my casting director saw him she knew it was him,” she says. “When we wrote the script, the description was exactly him. It was the sad eyes that say so much as well as the wisdom someone in his position would have. I think we were destined to meet and work on this film.”

Zain the character shares a number of attributes with Zain the actor. Even during the auditions process, Labaki claims Zain was just as foul-mouthed as his on-screen alter ego, but things have changed dramatically since the release of the movie.

“He’s now resettled in Norway with the rest of his family,” she says. “It’s a complete shift in destiny. When I was waiting for the news about the Oscars [nominations] I called him up and realised he was in a classroom, with his friends and teachers. That’s when I thought about that whole moment.”

Labaki hopes the success of her film will prompt a cultural and political shift in Lebanon.

“The bigger aim is to change laws. We are organising screenings for the government, the judges, the legal system and juvenile services. Some people are cynical, but I want to stay somewhat naive and believe in humanity.”

Capernaum is on general release from February 22, 2019