The Best Places to Visit in Northern Israel 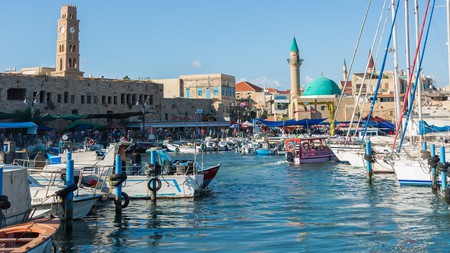 Northern Israel is a blend of spectacular landscapes, ancient history, ethnic diversity, thriving cities and enchanting towns. While Tel Aviv and Jerusalem may steal most of the attention, the northern regions also deserve to be explored. Here are a few of the best places to get you started. 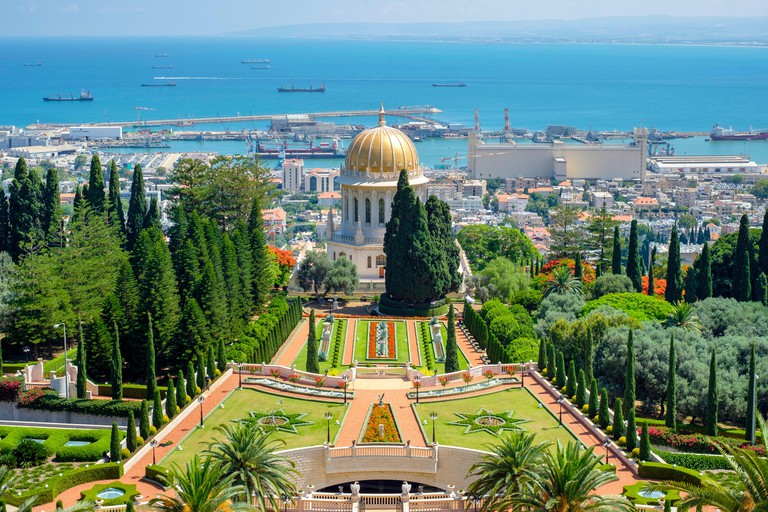 © Jason Langley / Alamy Stock Photo
The third-largest city in Israel and the so-called capital of the north, Haifa is a mountainous port city with a beautiful stretch of Mediterranean coastline. Traditionally seen as a working-class and relatively unappealing place for tourists to visit, Haifa has undergone somewhat of an image transformation in recent years. With a large student population, lively nightlife and thriving culinary scene, Haifa is now on the map in terms of tourism in Israel. Add to that the beach and attractions, such as the pristine Bahai Gardens, and you’ll understand the surge in popularity. Often referred to as a city of coexistence, it’s home to a diverse population that includes a sizeable Arab community, who live and work side by side with the Jewish population. Notable events include the annual International Film Festival, the A-Sham Arab Food Festival and the Holiday of Holidays, a festival that takes place every December that celebrates Hanukkah, Christmas and Ramadan. It’s a reflection of the religious diversity and tolerance of the city. Head to Shawarma Hazan in the Lower City for a juicy, meat-heavy pita that will leave you nodding your head in delight. 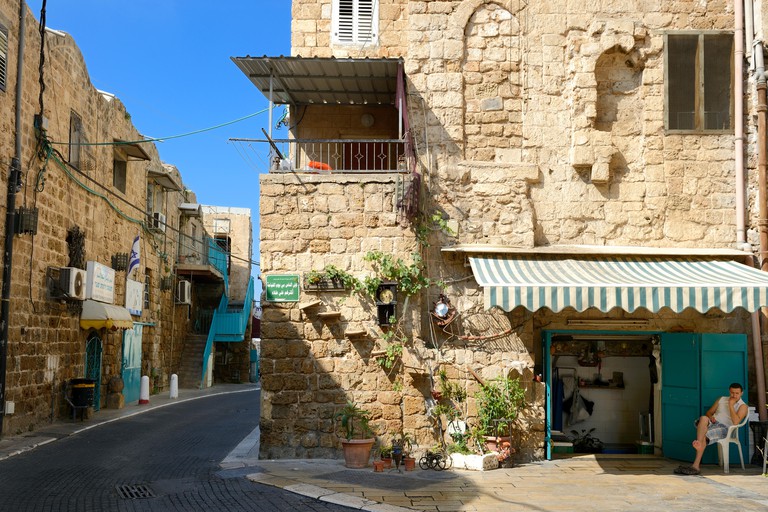 Acre (Akko) is a jewel of the Israeli north. Situated on the Mediterranean coastline just 90 minutes by train from Tel Aviv, it’s home to the ancient and enchanting Old City, which attracts locals and tourists throughout the year. There are also well-preserved Crusader walls (which were declared a Unesco World Heritage Site in 2001), a vibrant Arab shuk, charming cobbled streets and fascinating historical sites that reflect a long and tumultuous past. It is also a foodie paradise, with an array of fabulous restaurants, from hummus joints (Hummus Said is a must) to gourmet seafood (such as Uri Buri). 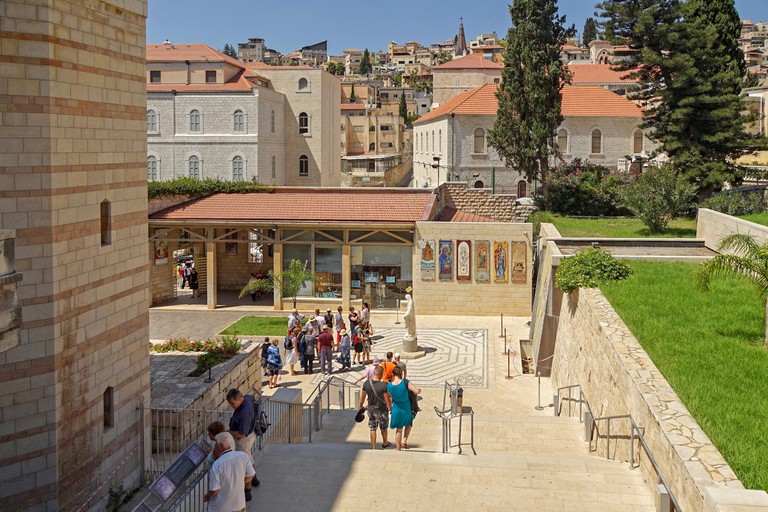 © PhotoStock-Israel / Alamy Stock Photo
This biblical city is rich in history, as well as delicious food. Known as the childhood home of Jesus, Nazareth is the largest Arab city in Israel and a significant site for Christians. It has numerous churches, the most famous of which is the Basilica of the Annunciation. This two-storey building was built over Byzantine and Crusader remains; upon completion in 1969, it was the largest Christian church in the Middle East. This church is believed to stand over the spot where Mary’s house once stood. Those who don’t believe in God may well connect to a higher power after tasting the culinary delights here. Labelled by Israeli newspaper Ha’aretz as the capital of Israeli street food, Nazareth offers scrumptious Middle Eastern delicacies, such as baklava and knaffe. Chow down on arayes (a meat-filled sandwich with Lebanese roots) and the best hummus in Israel (head to Imad Hummus). If you’re travelling in the winter, Nazareth is a special place to experience Christmas in Israel. 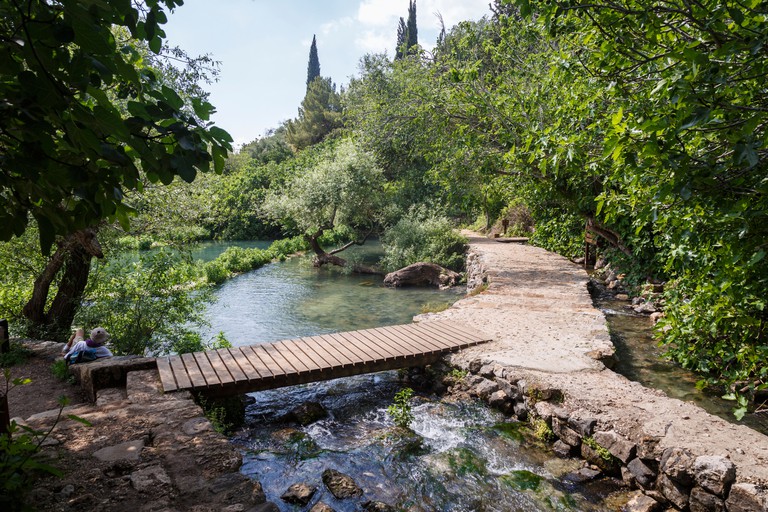 The Golan Heights are a large mountainous region that Israel captured in the 1967 Six-Day War and has kept ever since. It’s characterised by spectacular views and natural landscapes, as well as superb hiking trails, outdoor adventures and a plethora of wineries. Not to be missed is Mount Hermon, home to the only ski resort in Israel. It also has the awesome Nimrod Fortress (the largest Crusader fortress in the country), Hamat Gader (the therapeutic natural hot springs that have been used for over two millennia) and Banias Waterfall, the largest waterfall in Israel. If you want a beverage, visit the Golan Heights Winery, the most established winery in the region. 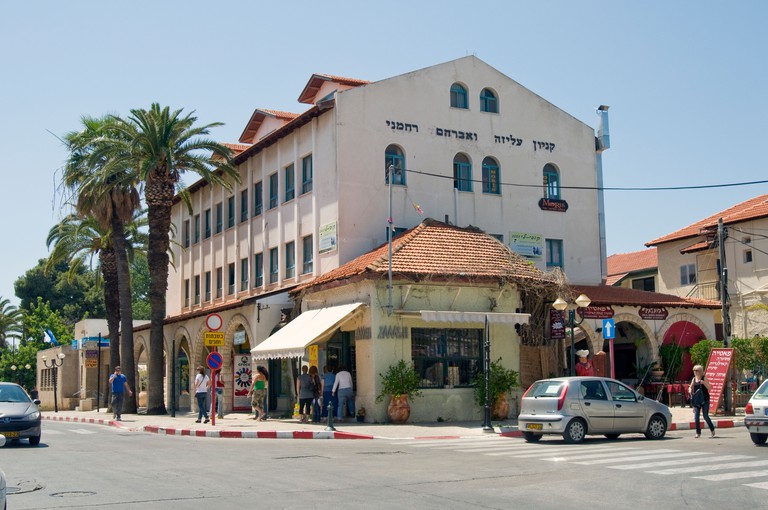 It’s easy to fall in love with this picturesque town in the Carmel Mountain range. Founded in 1882 by Romanian Zionist pioneers and developed thereafter by Baron Edmond James de Rothschild, Zichron Ya’akov is today home to quaint streets, wineries, boutique hotels and stunning views over the Mediterranean. The First Aliyah Museum is a must if you’re interested in the story of the Romanian pioneers, as is the Aaronsohn House; it tells the fascinating and tragic story of the Jewish spy ring, NILI, which provided intelligence to the British during World War I.