Jerusalem is an ancient city which holds endless history, stories, and incredible importance to many people. Jerusalem’s sealed “Golden Gate” holds a variety of significance for different religions and people, and the story of how this Easternmost gate to the city came to be sealed is one entrenched in history and religious prophecies.

History of the Gate

The Old City of Jerusalem is surrounded by a large wall which has eight major gates. The Eastern Gate, facing the Mount of Olives, is unique, as it is sealed shut. It is reputed to be the oldest gate of the Old City with times of construction varying from 520 A.D. (the 6th century) or in subsequent years amid the 7th century A.D. The “Golden Gate,” (this moniker is taken from Christian literature), or in Hebrew, Sha’ar Harachamimi—“Gate of Mercy,” gives the most direct access to what would have been the area of the Jewish temple. As it is the most proximal location to where the Temple once stood, Jews would pray near this gate to be as close as possible to the holiest site. The gate in its present form was sealed by the Ottoman Sultan Suleiman in 1541. The exterior face of the gate (as it remains from the 16th century), is a sealed double entrance that leads into two vaulted halls. 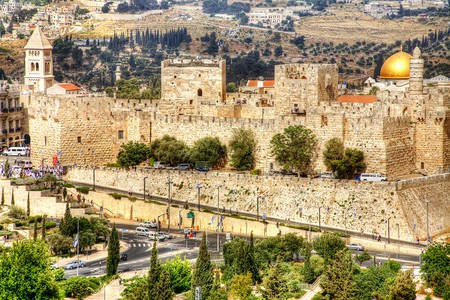 Jewish literature details that when the Messiah (the promised deliverer of the Jewish nation as prophesied in the Jewish bible) arrives, he will enter Jerusalem through the Eastern Gate. Talmudic literature also refers to this gate as the Shushan Gate, due to its Eastern direction toward the Persian city (now modern-day Iran). There is debate as to whether the name is meant to pay homage to the Persian leader Cyrus, who allowed Jews to return to Jerusalem in the 6th century B.C.E. to rebuild the Temple. Additionally, the gate is significant for Jews because according to tradition, on the holiday of Yom Kippor (Day of Atonement), a Temple messenger was sent through this gate with a sacrificial lamb to the desert. Therefore, the gate holds historical and traditional significance for the Jews, as well as remaining an indicator of the Messiah who is meant to come.

In Christian literature, the Eastern gate of the Old City, or the “Golden Gate,” is the place at which the parents of Mary met after the Annunciation. As such, the site of the gate became a symbol of the virgin birth of Jesus. Furthermore, apocryphal texts in Christianity also detail that Jesus passed through this same gate on Palm Sunday, giving the gate messianic importance.

For Muslims, the gate is referred to as Bab al-Dhahabi or Bab al-Zahabi (meaning Golden Gate or sometimes referred to as the Gate of Eternal Life). Muslims also place religious significance at this location, as some believe that this is the site of Allah’s final judgment and the site of future resurrection.

Because all three religions place such high importance on the Golden Gate in reference to messianic occurrences past and future, this site remains one of the most history-rich and controversial sites in Jerusalem. 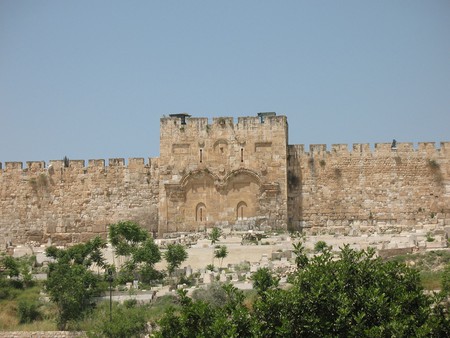 Why Was the Gate Sealed?

As mentioned previously, the Eastern gate was ultimately sealed shut in 1541 by the Ottoman Sultan Suleiman. However, prior to this time, the gate was closed in 810 (also by the Muslims), then reopened in 1102 by the Crusaders, and then walled up again by Saladin (the first sultan of Egypt and Syria and the founder of the Ayyubid dynasty) after defeating the Crusaders in 1187 and gaining control of Palestine and the city of Jerusalem.

The final sealing shut of the gate as completed by Suleiman is said to have been a defensive move by the sultan. As derived from the Jewish literature, the gate is said to be the point at which the Jewish Messiah will enter the city of Jerusalem, and therefore, in order to prevent this from occurring, the sultan sealed the gate.