Chefs hard at work at Tel Aviv's Kitchen Market | Kitchen Market ©, courtesy
Nothing makes Tel Aviv more happening right now than its culinary scene. Good food, some would say, is Tel Aviv’s most respected art form these days, with an emboldened new generation of chefs leading a gastronomical revolution. With such a rich local culture and countless regional and local influences to add spice, local foodies have had no lack of options in recent years. To help you find exactly what you’re looking for, here’s a list of all the places everyone in Tel Aviv is trying to score a table at.

After overtaking Pronto as Tel Aviv’s best (and most expensive) restaurant, this stylized culinary powerhouse has remained the go-to place for far out Far East food in the Middle East. Taizu is the brainchild of Yuval Ben Neriah’s travels in Southeast Asia and is well worth the splurge. More a conceptual journey than your average gourmet dinner, Taizu’s menu is divided into the five elements. Together they form a gastronomical gradient, with diners progressing from the lighter “water” dishes—like the amazing shrimp-based har gow dumplings—to the heavier grilled “wood” or “fire” dishes—like the Japanese roasted short ribs—to must-haves “metal” dishes like butter chicken. 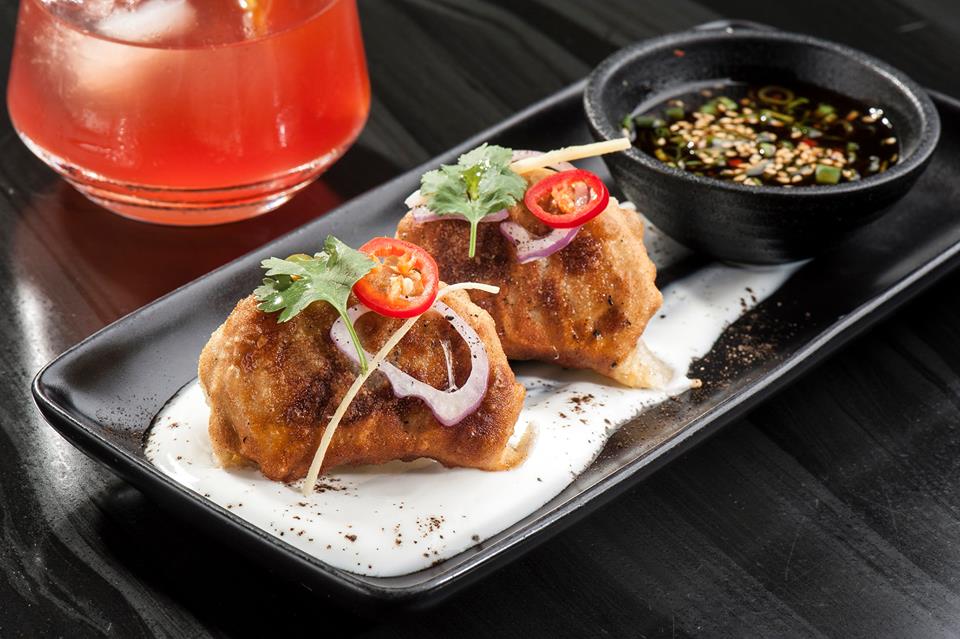 Opened by Chef Yossi Shitrit to rave review, Mashya is Tel Aviv fine dining at its most regional, offering traditional Maghreb cuisine in a variety of high-end styles. With a menu based on fresh local fish, Mashya takes staples of the local Arabic Galilean kitchen up a notch by bringing them into the 21st century. Dishes like Mashya’s amberjack tartare or its kubenia offer a new twist to the Moroccan classics, but as their starter frena bread shows—sometimes just doing the basics is more than enough.

Though less than a year old, Ahuzat Bayit has made quite a splash in the local scene. A Tel Aviv-ized French brasserie, Ahuzat Bayit defies any single category, offering French classics like coq au vin and plateau de fromage with a local flare. Billing itself as Tel Aviv’s version of New York’s Balthazar, it’s based in the heart of the White City that is central Tel Aviv. The restaurant brings together chefs from local gems like Santa Katerina (also on this list) to create an urban amalgam of food that is both aesthetically pleasing and hearty. Trust me, the oxtail lasagna is to die for.

Bar, Cocktail Bar, Market, Restaurant, Israeli
Halutzim is a solid restaurant offering great food in a classy but not stuffy atmosphere. In a city overrun by thematic restaurants, Halutzim is a rarity. With a small space just off of Tel Aviv’s Levinsky Market, it’s easy to miss this gem, but when the market closes, one of the most romantic places in the city emerges from in between discarded boxes of pistachios and olives. Straddling the world of Italian and French kitchens with a dash of local flavors from the market, it offers a diverse menu of comme il faut pastas and other classics. The polenta is delicious and one of the richest Tel Aviv has seen. Address and Phone Number:
Permanently closed
More Info
Open In Google Maps
Give us feedback

Market, Restaurant, Asian
Based in Jaffa’s Flea Market, one of the hottest neighborhoods in Tel Aviv today, Asia is at the epicenter of Jaffa’s rebirth as a hip urban center. Asia—which, as its name indicates, serves Asian food—is the brainchild of two graduates of Catit—formerly one of city’s best restaurants. But while Catit was famous for its exquisitely small dishes, Asia offers more food, with healthy portions of steaming dumplings and far east soups. Address:
Permanently closed
More Info
Open In Google Maps
3 Nakhman Street, Tel Aviv-Yafo, Israel
+972505427775
Give us feedback

Bar, Pizzeria, Restaurant, Israeli
Tamuz Rachman
A small gem established by a number of local chefs a few years ago, this local eatery has successfully matured into a staple of the local culinary scene. Built around a large stone tabun oven and located on the western side of the hip Big Synagogue compound just off Allenby St., the Santa, as it is called by locals, is quintessentially Tel Aviv. Though contemporary in orientation, it draws inspiration from the region as well, using it to infuse everything from pizza to oxtail with a local scent. It also has one of the best desserts in town—basbousa (traditional Arabic semolina cake) with homemade ice cream. Address and Phone Number:
More Info
Open In Google Maps
2 Har Sinai Street, Tel Aviv-Yafo, Israel
+972587820292
Visit Facebook page
Mon - Thu:
12:30 pm - 4:00 pm
Mon - Thu:
6:00 pm - 12:00 am
Fri:
12:30 pm - 5:00 pm
Fri:
7:00 pm - 12:00 am
Sat:
7:00 pm - 12:00 am
Sun:
12:30 pm - 4:00 pm
Sun:
6:00 pm - 12:00 am
Give us feedback

Cafe, Restaurant, Israeli, $$$
More a high-end café than a restaurant, Lorentz And Mintz is well worth a visit. Located on the main road to Jaffa, in the long forgotten “German Colony” on the southern edge of Neve Tzedek, Lorentz And Mintz is an attempt to breathe new life into the Tel Aviv of yesteryear with the help of contemporary Israeli cuisine. Situated in a breathtaking German “Templar” house, it is as much an architectural and historical landmark as it is a culinary one. Its name is a reference to Cafe Lorentz—a legendary eatery founded in 1902 by German missionaries and noted in Nobel laureate Shmuel Yosef Agnon’s film Only Yesterday—its brunch is said to be the best in the city. Address and Phone Number:
More Info
Open In Google Maps
42 סמטת אהרון שלוש, תל אביב יפו, מחוז תל אביב, Israel
+97239018070
Give us feedback

Restaurant, North American, $$$
Beef burger
One of the hottest names in Tel Aviv cuisine of the past years is Omer Miller. Miller’s instagram has become somewhat of a mecca for online foodies looking to salivate, but the food is as tasty as it is photogenic. Following the success of his Hadar Ochel (Cafeteria) restaurant, known for its stylish yet local dishes which mix Mediterranean materials with European techniques, Miller has set his sights on something more simple: the hamburger. Susu and Sons sits at the fountainhead of Rothschild, literally located at the end of Tel Aviv’s famous boulevard. The hottest grill in Tel Aviv right now, this stall is poised to becoming the city’s biggest guilty pleasure. Address:
More Info
Open In Google Maps
6 Herzl Street, Tel Aviv-Yafo, Israel
Visit website
Visit Facebook page
Send an Email

At the cheaper end of the spectrum is Fifi’s Asian food, a hole-in-the-wall just off Levinsky Market. The new kid on the block, its owner, Fifi, has managed to bring the best of Asian street food to Tel Aviv without the heavy prices Tel Avivians have grown accustomed to.

Its nearly spring and this is our new sitting area

This Berlinesque spot has built up so much hype that you should expect a line (especially because of its small size) but turnover is high and it’s worth it. Try the Chinese Worker’s Dish with a shot of sake, and don’t forget to wait for the Indian halva that comes with the bill. It’s addictive and can be bought at the Levinsky Market. 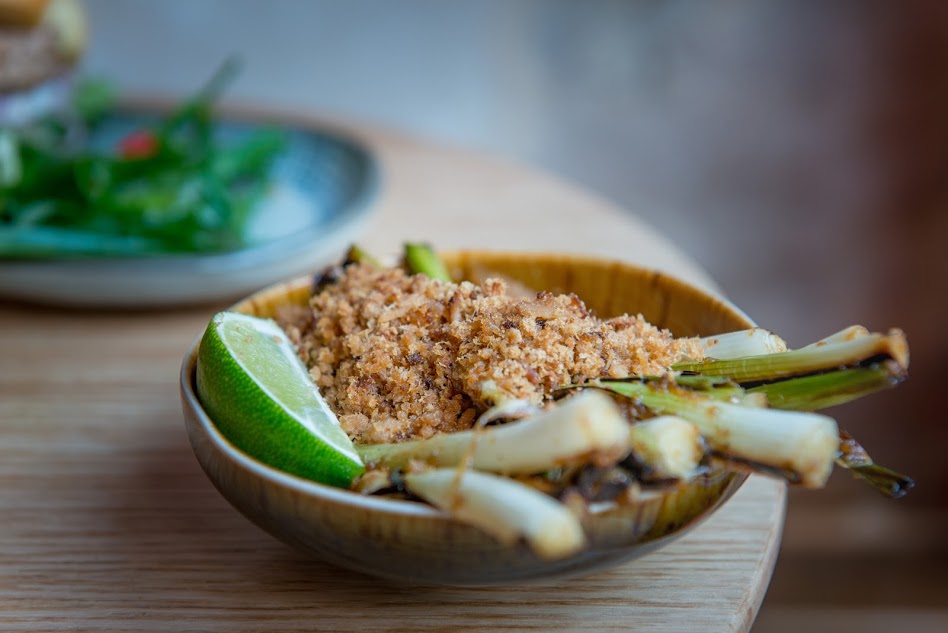