The Best Israeli Films to Watch On Netflix 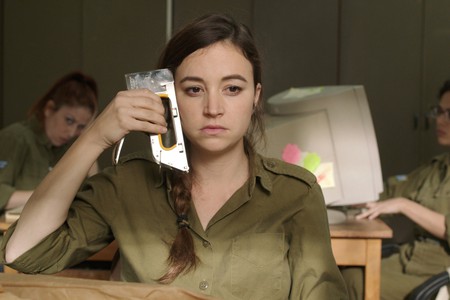 With stories covering aspects of the Israeli-Palestinian conflict and a variety of fiction tales tackling different issues of society in Israel and in general, Israel’s film and TV industry is bustling. Their world-renowned films have been nominated for more Academy Awards for Best Foreign Language Film than any other country in the Middle East. Check out the best Israeli movies available on Netflix and get ready to binge!

You may think, another movie about the Israel army? but this movie, winner of the best narrative at the Tribeca Film Festival, shows a unique side of the IDF. A series of events describe the painfully boring everyday life of young female soldiers serving at the Human Resources Department in a remote desert base, counting down the minutes until they can return to civilian life. This Israeli box-office hit shows a hilarious, intelligent, edgy and realistic side of the Israeli army, bound to make you laugh.

This 2014 movie was adapted from a book called Dancing Arab, describing the struggle of an Arab-Israeli boy who is sent to a prestigious boarding school in Jerusalem, where he struggles to adapt to the culture and tries to figure his own identity out. The movie is an emotionally sweeping story about questions of identity every teenager experiences, enhanced by the complexity of the Israel-Arab conflict.

This 2017 movie is set in Israel in 1977 and follows tw0 Israeli sisters as they begin a quest to unveil the dark past of their father’s life during World War II, after discovering that he has been hiding a secret from them. The movie discusses the Holocaust from a new point of view, examining the deeds of survivors and the effect the trauma had on Jewish families and culture.

There is never a shortage of heart-wrenching movies about the Middle Eastern conflict, yet this one, which describes a dangerous relationship between a trusting Shin Bet officer and a confused Palestinian teenager, won the population over for its relative impartiality and outlook on the frustrating situation. Having won six Ophir Awards, the drama was selected as the Israeli entry for the Best Foreign Language Film at the 86th Academy Awards after winning, but it eventually didn’t make the cut.

A Matter of Size

This 2009 comedy tells the tale of a group of overweight people from the Israeli city of Ramla who are trying to accept themselves as they are by trying to join the world of sumo, where fat people are admired, rather than mocked and urged to lose weight. Anyone can relate to this entertaining story, delivered by wonderfully funny actors. The movie was screened in many film festivals around the world, in addition to winning three Ophir Awards.

The official selection of 2013 Tribeca Film Festival, Big Bad Wolves is an Israeli horror thriller and black comedy declared by Quentin Tarantino to be the best film of 2013. The plotline takes place after a little girl is abducted and murdered and is centred around three men, her father, who is out for revenge, a police officer, who has neglected the boundaries of law and the main suspect, a religious studies teacher.