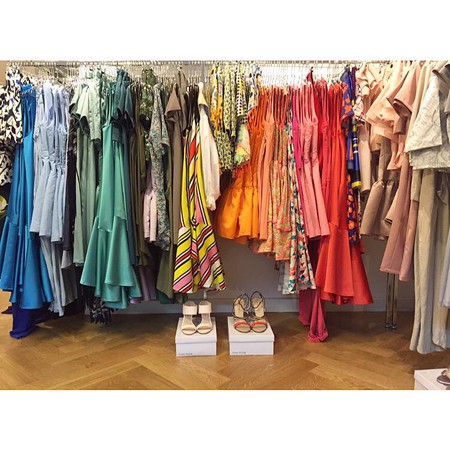 It is well-known that Telavivians dress to impress. Influenced by foreign trends, Israeli fashion combines international inspiration with its own in-house creativity and transcends into its own distinctive style by the Israeli individuals’ innate ability to layer and combine multiple items of clothing and somehow manage to make an outfit as unique as it is artistic. These boutiques exemplify Israeli style – effortless chic with the occasional tough edges. 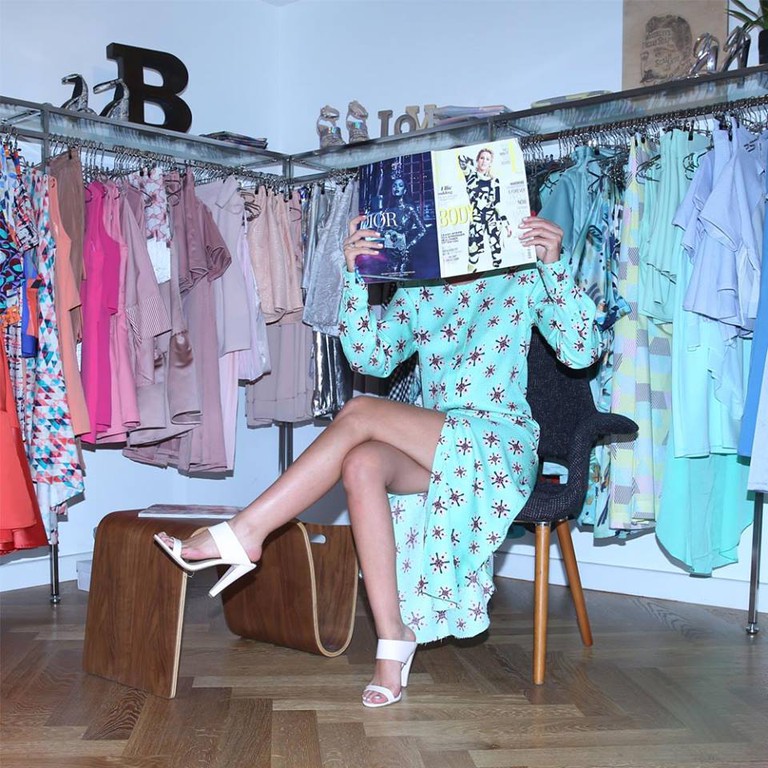 Color Blocked Structure | Courtesy of BRENDA
BRENDA captures the essence of feminine Tel Aviv fashion. Categorized by color, the structure of the shop makes it easy to find any piece to wear to any occasion and look effortlessly stylish. From solids or pattern prints, comfortable materials and cuts are the makings of a perfect addition to any girl’s wardrobe.
Open In Google Maps
89 Dizengoff Street, Tel Aviv-Yafo, Tel Aviv District, 6439601, Israel
+97235160830
Visit Website
Give us feedback 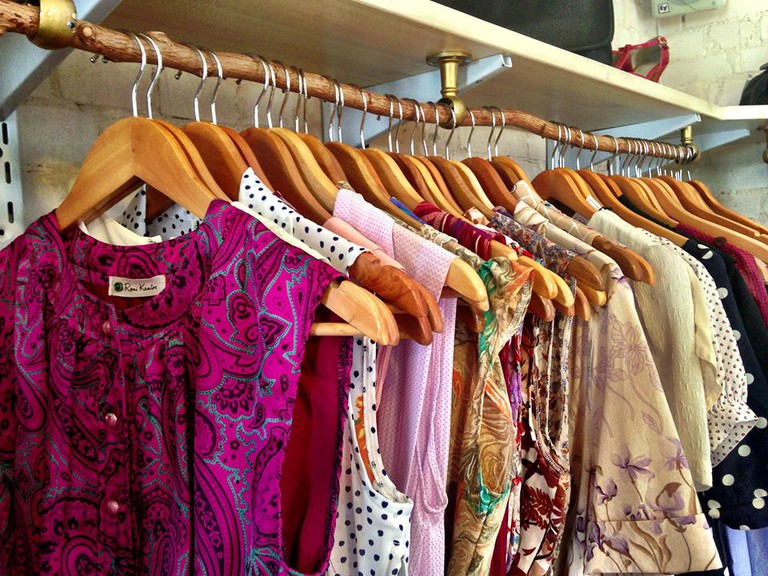 Roni Kantor | Courtesy of Dror Ben Naftaly
Roni Kantor, appropriately named after the young Israeli designer, is a haven for vintage-style dresses and shoes. Roni’s designs can be found in every color on the spectrum, with fun and frilly designs that are comfortable and flattering for many.
Open In Google Maps
78 Dizengoff Street, Tel Aviv-Yafo, Tel Aviv District, Israel
Give us feedback 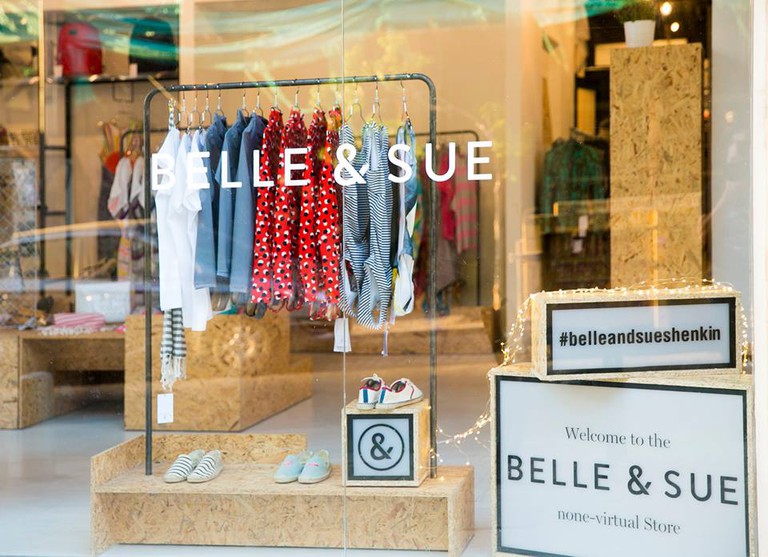 Storefront | Courtesy of Belle and Sue
Belle and Sue combines polished Tel Aviv form and rock ‘n’ roll edge. This glorious boutique carries international brands like Cheap Monday, J Brand, Melissa, Mara Hoffman and Clashist. They stock a wide variety of pieces for both men and women, along with random home accessories thrown into the mix. Every self-respecting fashionista has stopped by this dynamo of fashion.
Open In Google Maps
41 Sheinkin Street, Tel Aviv-Yafo, Tel Aviv District, Israel
+97237508050
Visit Website
Give us feedback 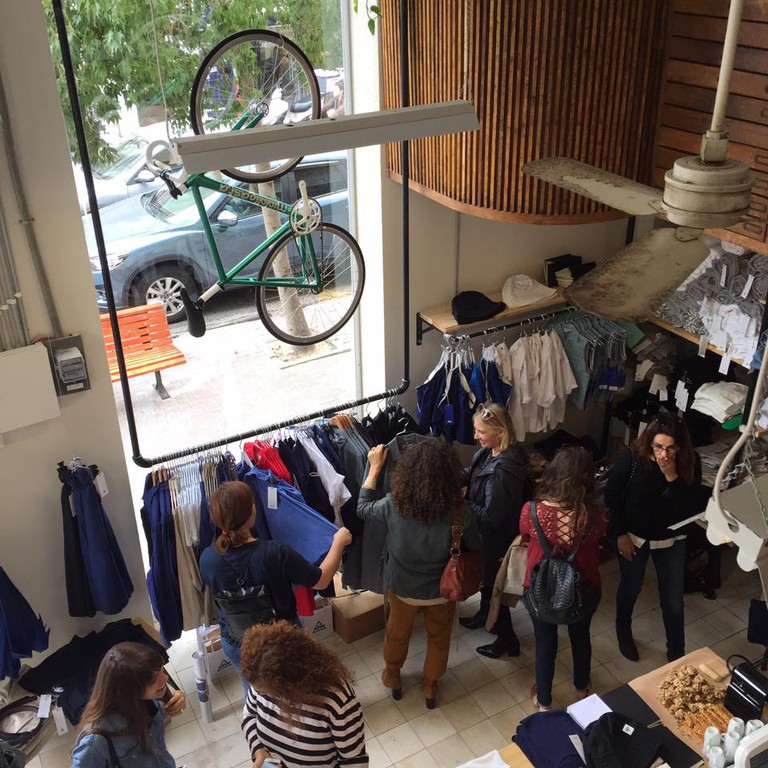 Inside the Boutique | Courtesy of ATA
ATA is the original Tzabar,or Israeli-born, clothing brand, featuring what was then described as ‘workers attire,’ reflective of the fashion of early Israeli settlers. The first run of the brand was between 1934-1986, eventually closing down the factory and ending an era. This month, the revitalized brand opened its doors once again with a little boutique featuring quality, Israeli-made and designed apparel, ranging from dresses, skirts and tops to jackets and pants. ATA takes pride in making clothes that are sturdy as well as multifunctional, just like its Israeli muses.
Open In Google Maps
93 Allenby Street, Tel Aviv-Yafo, Tel Aviv District, Israel
+97239060223
Visit Website
Visit Facebook page
Give us feedback 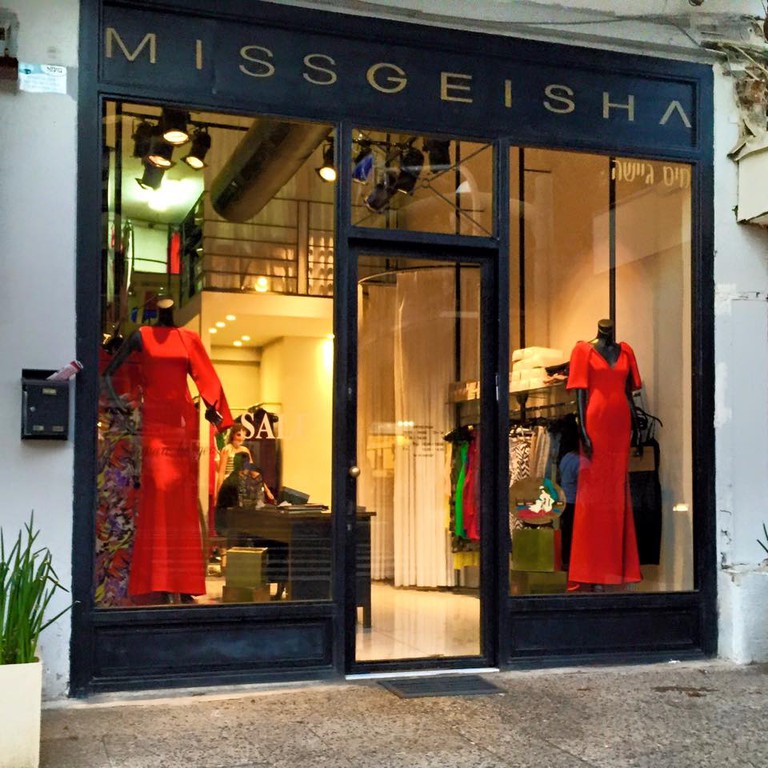 Storefront Design | Courtesy of Miss Geisha
For the more upscale event-frequenting lady, Miss Geisha is the ultimate one-stop-shop for all unique, colorful and classy outfit needs. The pieces in the boutique are categorized by color and offer an array of evening and cocktail dresses. The talented Orit Shelly and Moran Madar design each collection meticulously, keeping in mind their mission of female empowerment through fashion.
Open In Google Maps
92 Dizengoff Street, Tel Aviv-Yafo, Tel Aviv District, Israel
+97236292407
Visit Website
Visit Facebook page
Give us feedback
Give us feedback