Tel Aviv: A Mix of Cultures and Communities 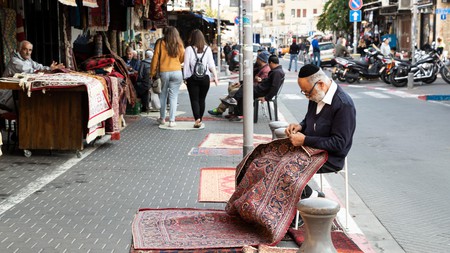 A carpet seller repairing a rug on the street in front of his shop in Old Jaffa, Tel Aviv | © tottotophotography / Alamy Stock Photo

African Jews, Arab Muslims and Armenian Christians are just some of the ethnic groups in Tel Aviv that operate in a hyper-modern society, while also preserving ancient traditions.

Just below the surface of the city’s fast-paced, high-tech exterior lies a patchwork of overlapping communities, cultures and immigrant traditions that brings together people of all backgrounds and ethnic make-ups. While the energy of modernity hums through the city’s Bauhaus buildings, the age-old customs and traditions of its immigrant communities remain Tel Aviv’s heart and soul.

Israel: a nation of immigrants

Since its creation more than 70 years ago, the modern state of Israel has welcomed a steady flow of Jewish immigrants from the Arab world, Europe, Africa and the Americas, with the majority of the nation’s population consisting of descendants of Jews expelled from Muslim-majority countries in the years following the Israeli Declaration of Independence. Currently, about 25% of Israel’s Jewish population was born overseas, with about 15% of Tel Aviv’s residents consisting of new immigrants who arrived after 1990, according to Israel’s Central Bureau of Statistics (CBS). 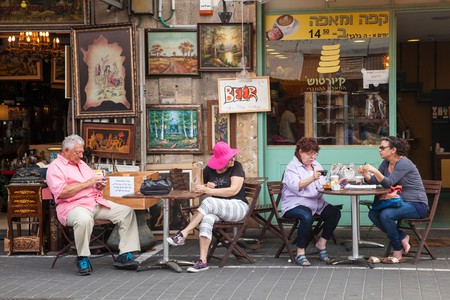 Clinging to tradition or reinventing culture?

Tel Aviv’s population of Jewish immigrants and their descendants are divided into the following main categories: Mizrahim and Sefardim from the Arab world, Northern Africa and Spain; Ashkenazim from Europe and the Americas; Russians and those from other former Soviet Union countries; and Ethiopians. Within each general category, there is also a variety of national identities and cultures.

Rudy Daniel lives in northern Tel Aviv and arrived from Armenia in 1992, when he was seven. He becomes animated when asked about his Armenian heritage. “I’m Jewish, but my background is Armenian. To me, ‘Armenian’ means respect and tradition. Those are probably the two biggest features in our culture,” he explains. When pressed to select a category with which he identifies – Ashkenazi, Mizrahi, or other – Daniel smiles and replies, “I’m just Jewish, I guess, and Israeli.”

As a first-generation immigrant who arrived as a young child, Daniel exemplifies the tension between his culture of origin and what he describes as the free, modern “live-and-let-live” high-tech playground in which he now finds himself.

“In Tel Aviv, you can be whoever you want to be, as long as you agree not to judge anyone else,” Daniel explains. 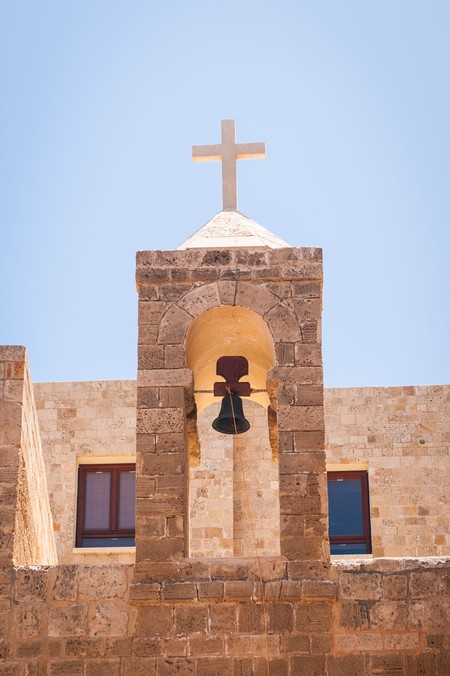 Others remain more bound to their community’s customs. Tel Aviv’s residents of Mizrahi descent, for instance, maintain distinct traditions such as elaborate Mimouna celebrations following the Passover holiday each spring. Mimouna, which means ‘auspicious’ in Arabic, began in Morocco and within other North African Jewish communities, when Muslims would bring their Jewish neighbours gifts of flour, honey and other ingredients with which they would prepare delicacies that they had abstained from eating during Passover because of dietary prohibitions. To this day in Tel Aviv, Mimouna involves lots of delicious food and drink, including barbecues and elaborate dessert tables.

While some Jews maintain the centuries-old tradition of visiting the ocean to splash water on their faces in memory of the crossing of the Red Sea during the biblical epoch that Passover celebrates, others have adapted the Mimouna festival to modern times, throwing rock shows and DJ parties at local live-music venues such as Zappa.

The Sigd holiday observed by Israel’s 140,000-strong Ethiopian community is observed 50 days after the holiday of atonement, Yom Kippur, and involves fasting, introspection and reading from various scriptures. While Tel Aviv is home to only a tiny fraction of Israel’s Ethiopian community, Sigd is celebrated annually in the city and was declared a state holiday by the Israeli government in 2008. 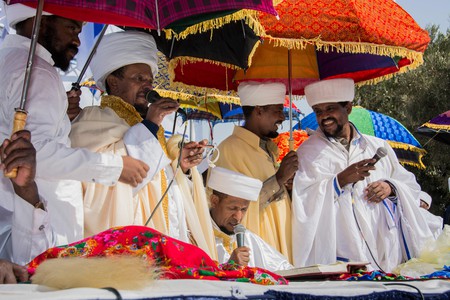 Peeling back the layers

Unlike the Ethiopian community, which preserves religious rituals that existed in the diaspora, Tel Aviv’s large Russian community is bound together by common cultural traditions such as cuisine and language. There are more than a million Russian immigrants and their descendants living in Israel, and Tel Aviv has a sizeable Russian community, with clubs, shops and restaurants that serve delicacies such as calf’s foot and caviar.

There are dozens of subgroups within the umbrella term “Russian”. David Izaakov is a 46-year-old who begins by identifying as Russian before quickly narrowing down his background as kavkaz (Caucasian), and then Chechen. He arrived in Israel at the age of 25, served in the Israeli army and then settled in Ramat Gan, a community just outside Tel Aviv that has a sizeable Russian presence. “I am Israeli now,” he explains. “We Israelis don’t always get along, we argue about things like Sabbath restrictions and civil rights, but we make it work. All of us living here in Israel, we find a way to get along.” 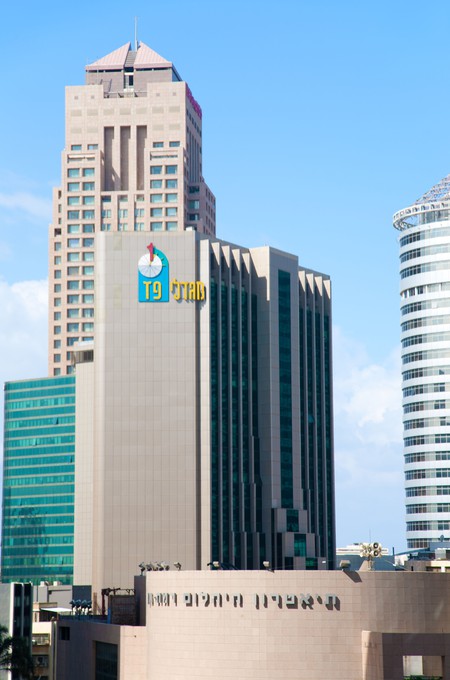 Jaffa: an island of coexistence

While Tel Aviv is overwhelmingly Jewish, Arabs make up roughly a third of Jaffa’s population. About 15% of all Israeli Arabs can trace their roots back to Jaffa and these residents today reside mainly in the coastal Ajami and Jabalia neighbourhoods. Jaffa’s Arab population is primarily made up of Christians and Muslims.

Jaffa is home to Israelis who identify as Arab, Armenian, Jewish and none of the above, all living alongside one another. To this day, Jaffa remains the cultural centre of the Arab community in the Tel Aviv area. It is home to the historic Ottoman-style Hassan Bek Mosque, which, as Jaffa and Tel Aviv started to expand and encroach on each other’s territory in the early 20th century, found itself in the middle of multiple Arab-Jewish conflicts. Today, however, it remains an unwavering symbol of Jaffa’s faithful and ever-present Muslim community.

Jaffa is also home to a small group of young Orthodox Ashkenazi Jews. Similar to umbrella terms like ‘Mizrahi’ and ‘Russian’, the label ‘Ashkenazi’ refers to Jews in Israel whose ancestors lived in Europe or North America and whose customs reflect those of European Jewry. 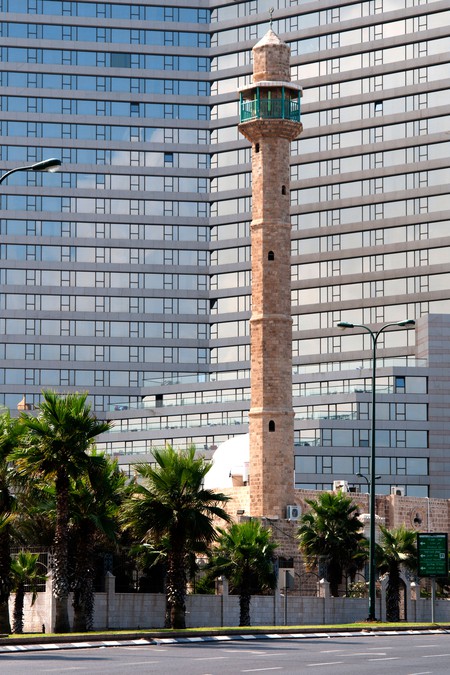 There are also other minority groups living in the city, such as Armenian Christians, whose monastery, Saint Nicholas Church, is located in the old city of Jaffa and is frequented by Armenian Christians from all over the city. Jaffa is also home to more recent immigrants to Israel, primarily from Eritrea and Sudan.

Shira and Tuvya Friedlander are a Jewish couple who live in Jaffa with their two young children. Shira works as a clown in a Jerusalem hospital and grew up observing Jewish holidays and maintaining Orthodox traditions. Tuvya arrived in Israel from South Africa a decade ago, studying Jewish texts in an Orthodox yeshiva before joining the Israeli army when he officially immigrated. After living in the northern city of Haifa for several years, the Friedlanders moved to Jaffa when Tuvya took a job as a civil engineer for the military at its main headquarters.

“Our neighbourhood in general is very mixed,” notes Shira. “In our preschool there are Jewish and Muslim children; our daughter is learning Arabic. We love what the city has to offer – the old flea market, the music, the theatre – the streets are filled with people and life. In our synagogue here, it is also a big mix. We have everything from young families that moved here from Hebron to people from the LGBT community. Everyone is accepted and prays together,” she explains.

“I don’t like to be put in a box, which is what happens in certain areas of Tel Aviv, where for instance there are concentrations of French immigrants, Italian immigrants and other groups. In Jaffa, the mix of different types of people creates freedom.”