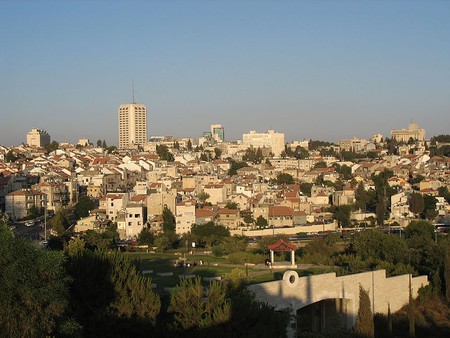 Nachlaot is the plural of Nachla in Hebrew, meaning homestead. In the nineteenth century Ottoman-ruled Jerusalem, living conditions in Jerusalem for the Jewish population were quite difficult, as the area was dilapidated, squalid and in ruins. Despite this, people were frightened to move outside the Old City walls; thievery was rampant and wild beasts roamed the hills. Since then, it has blossomed into a stunning neighborhood and one of the Holy City’s must-visit gems.

In 1860, there was Sir Moses Montefiore, a wealthy British Jew whose concern for his compatriots in the ‘Promised Land’ helped develop Jerusalem. He built ‘Mishkenot Shaananim,’ a strip of living quarters attached to one another. This arrangement would help people feel safer. Unfortunately, those who were brave enough to attempt living there returned to the Old City at night, as they felt more secure behind the walls. Along with residential quarters, Sir Montefiore built a windmill for grinding grain into flour. He believed this would create job opportunities for the Jewish population and help them escape the poverty which plagued the community consistently. It would have been a wonderful idea if the country was warm. However, cold weather plagued the land part of the year and this type of work was not possible in those months. What Sir Montefiore did not know is that his windmill would help Jewish fighters during the War of Independence, as it was used as a watchtower.

Nachlaot is actually a conglomerate of thirty-two small neighborhoods, each built by a different Diaspora community. Each had its own synagogue, way of life and décor. In the main, the Yemenite, Kurdish and North African communities populated Nachlaot. It was actually a neighborhood for the poor. The neglected, unkempt appearance and shacks called ‘homes’, helped develop Nachlaot into an overgrown slum. 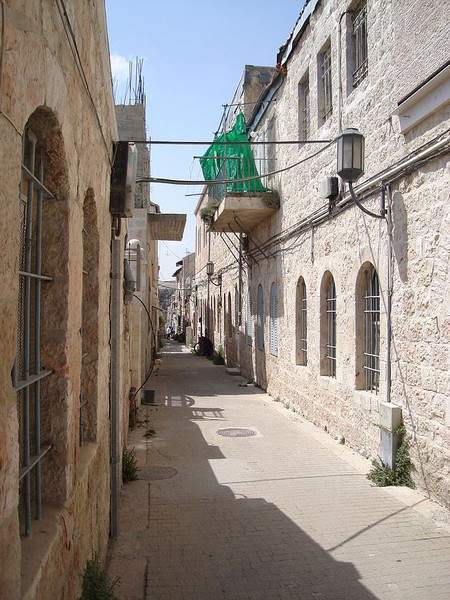 In 1991, Nachlaot was chosen to be renewed by grants and loans from the government. Most were offered to the elderly and indigent, who were one of the first to populate Nachlaot, and now lived in run- down shacks. By the year 2000, Nachlaot had been renovated to the tune of four hundred homes and a beautiful park, named Gan Sakkar. Seven thousand families now grace the lovely homes of Nachlaot.

Another feature are the original homes, declared historical and protected from demolition. You will often see plaques and pictures dedicating these homes to their original owners. Some may be visited inside if you are with a tour guide.

Many famous people began their early lives in Nachlaot; Yitzchak Navon, Israel’s fifth president, and the Banai brothers, whose vocal renditions were the mainstay of early Israeli music. A photo collection of the famous and infamous can be seen in the community center. The beauty of the average person who lived here shines through! 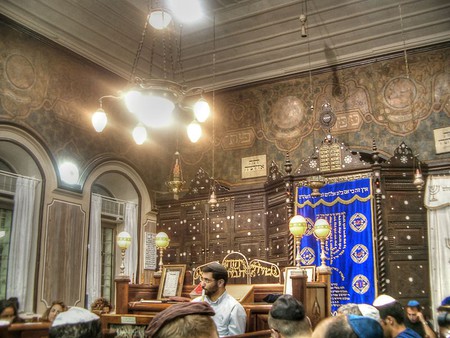 Glorious Synagogues not to be missed: Ades and Hesed Ha V’rachamim

Nachlaot has approximately one hundred synagogues, each one representing another community. One can visit Yemenite, Kurdish, Sephardi, Greek, and Galician Synagogues. Many have been restored to their original character and are a delight to visit.

Not to be missed is one of the oldest, the Ades Synagogue/Great Synagogue. It was built by Syrian immigrants from Aleppo, Syria in 1901. The name ‘Ades’ is commemorative of the two Ades brothers who built the synagogue. Architecturally, it sports a high ceiling, wooden benches facing a central dais and a holy ark that covers the entire eastern wall. The ark has intricate geometric designs carved in walnut and inlaid with mother of pearl. It is approximately 105 years old and was brought from Damascus. A mural, executed in 1911, graces the walls of the synagogue and was painted by an artist named Yaacov Stark, who was a founder of the Bezalel School. The synagogue is famous for being the modern center of religious music set to Arabic tunes. Prayers and ‘Piyutim” (Hebrew poetry) are set to this music. The Ades Synagogue is located on Bet-El Street in the Nakhalat Zion neighborhood of Nachlaot. 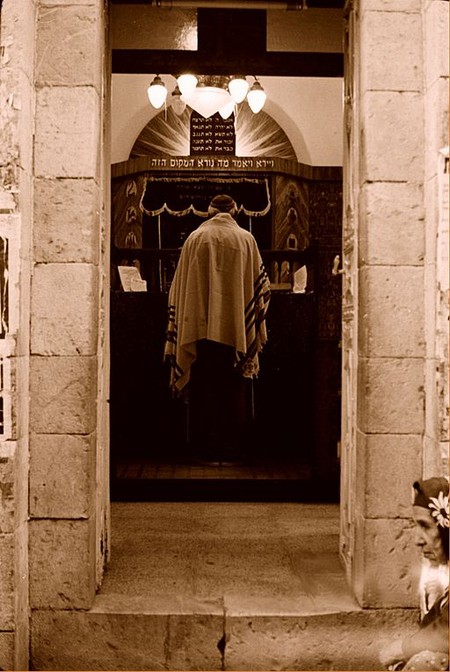 Another one of the thirty-two areas in Nachlaot is Mazkeret Moshe, named in honor of Sir Moses (Moshe) Montefiore,who built this area. ‘ Mazkeret Moshe’ is defined as ‘Memorial to Moshe.’ The area was founded in 1882 for Ashkenazic Jews. In the Mazkeret Moshe area of Nachlaot is the Hesed V’rachamim Synagogue, a Sephardic synagogue in an Ashkenazic neighborhood. This was originally a tavern. A neighborhood individual named Itzhak Amun, the town butcher, promised 10 Liras if all those drinking at the tavern would leave. The doors are covered with silver, depicting the twelve tribes of Israel.