Marijuana is Booming Business in Israel, and Americans Want In 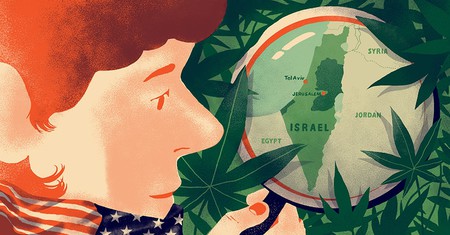 In what has been called the “marijuana gold rush” (or “green rush,” if you will), American businesses are flocking to Israel to grow and conduct research on different strains of pot.

“This cannabis gold rush has to pan out for us,” Eilon Bdil, manager of Kibbutz Elifaz in southern Israel, told Newsweek. “There’s simply no other choice. We need young people with good minds to come here, and medical cannabis is what can draw them.”

Why Israel? Within the next ten years, marijuana—both recreational and medicinal—is set to be a $50 billion business worldwide. This is a fact that is not lost on the Israeli government. Israel is home to the most medical marijuana clinical trials in the world. The agricultural powerhouse was one of the first countries to legalize medical marijuana and the country is now in the forefront of marijuana research and innovation.

While medical marijuana is legal in 28 U.S. states and the District of Columbia, companies still have to overcome several federal obstacles to receive the approval necessary to conduct effective research. American businesses fare better in Israel, where the laws welcome the research and the government welcomes the revenue. 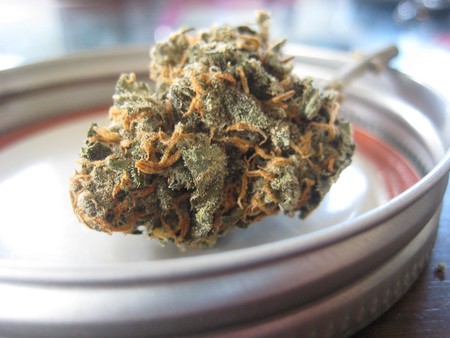 “There are very few countries where you can do clinical research involving human beings,” Jmichaele Keller, president of U.S. based Steep Hill Labs, told US News and World Report. “Israel is the epicenter of research and development not only in growing the plant and creating extracts and different products, but also on the medical and research fronts, so we knew that we really needed to be there.”

Right now Israel has been capitalizing on people coming into the country to cultivate and study marijuana. However, exports are the reported “next frontier.” The Israeli government estimates that exports could bring the country $4 billion in annual revenue.

A vote in the coming days could make exports legal, which would be a gamechanger for both Israel and the countries that go there to cultivate marijuana.