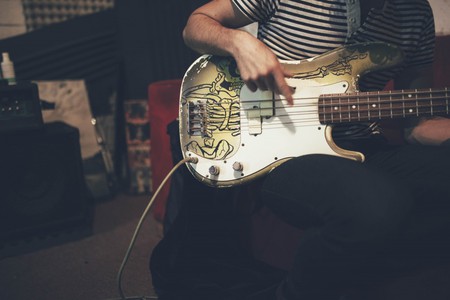 The Middle Beast is a fascinating rock ‘n’ roll band from Tel Aviv whose music is a hidden gem for rock lovers who were raised on Ian Gillan‘s vocals, Jimmi Hedrix’s riffs, and John Bonham’s drum solos. Meet the four surprisingly young and wondrously talented members – Gal Davidson, Dor Nagar, Itay Manbar and Nir Horovitz – and discover this Tel Avivian rock band through the exclusive video which has been shared with Culture Trip. 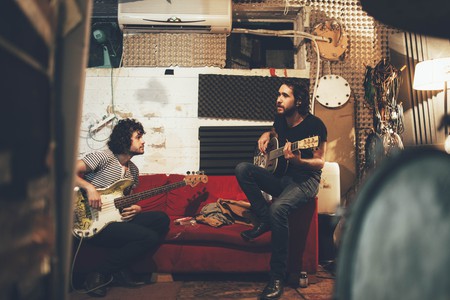 Gal Davidson and Dor Nagar formed the band The Middle Beast just couple of months ago. Though the band is almost newly born, they have already had six concerts in different parts of Israel and have found their faithful fans.

What is The Middle Beast all about?

Gal (guitarist): ‘It’s all about music and emotions. We wish to express ourselves, share our feelings. We all played in different bands before. Dor and I wanted to create a new band, which would have represented both our ideas. Actually, we haven’t worked out the main concept of the band yet. Right now, we are trying to find our own sound, which we want to be fresh and illustrative, which will represent our characters.’ 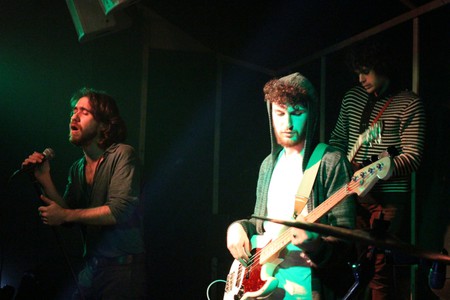 Together with bass-guitarist Nir Horovitz and drummer Itay Manbar, Dor and Gal are all great music lovers. The charming sounds of jazz and blues have forced the members of the band to become the musicians. T-Bone Walker and Robert Johnson, Mark Guiliana and Albert King, Led Zeppelin and Bob Dylan are all the influencers for The Middle Beast and the music they create.

Dor (lead vocals): ‘I can’t tell you who is my favorite musician. I have so many of them, and I can listen to one musician today and switch to another tomorrow. I can’t even tell you what song I consider to be the best! There are millions of songs which I tried to sing and which has influenced on me. I can’t really choose the ‘most’ out of them.’ 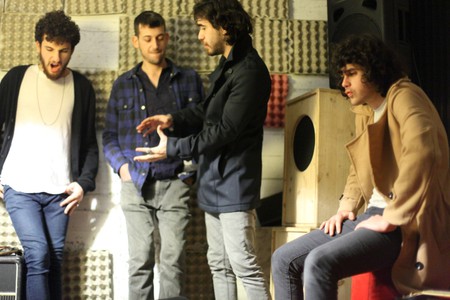 Each member of the band exists as an individual in his own right with feelings and thoughts, with his own wishes and ambitions. Gal and Dor often have lively debates on philosophical topics.

Gal: ‘There is a big difference between living in Israel to living in Europe. People here are surviving; they are ‘slaving for money’. Israelis don’t really have the opportunity to go out or to play music, while in Europe, music is mostly just a hobby. Someone from Germany comes home after the working day, takes his guitar and goes to perform in a bar. We here are playing like we are performing for the last time each single time. No one knows what is going to happen next. And you can’t change the world, Gal, by refusing to eat meat!’

Dor: ‘I am vegan and Gal is not, but he is really fond of good food. And that can be certainly felt in our music! I am singing the ketchup solo, and he interrupts me with his mayonnaise riff. And yes, Gal, I think that people in western countries are able to change the reality of the third world countries!’ 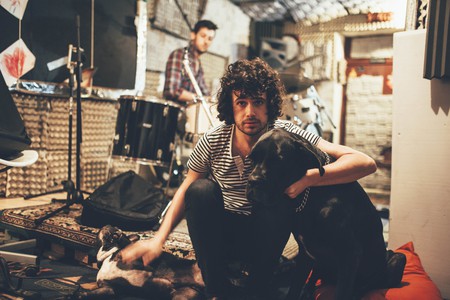 However, the diametrical views, which characterizes the relationship inside the band, are not tearing the musicians apart, but conversely, it helps to create the amazing music and perform it in a highly emotional and passionate manner. The unquestioning skill of each member is fused with his own character. Such a mix leads to the impressive tracks that will certainly touch the heart and soul of a rock lover. With an obvious trace of Led Zeppelin, The Middle Beast astonishes with its mathematically perfect structure. From thoughtful ballads to energetic songs, each track is unique and professional. 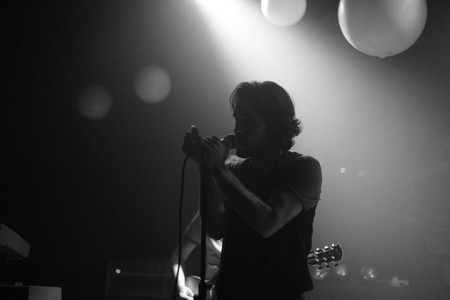 Let’s talk about time. If you had the keys to a time machine, what would you have changed in your past?

Dor: ‘If you asked about the history events, I would have given you a list, but taking my personal past into consideration, I don’t really want to change anything. Every single thing has lead me to where I am right now. Let it be so.’

Itay: ‘I actually would have given an advice to my younger self to be more into music and that’s it.’ 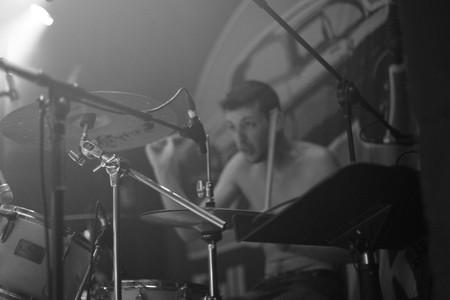 And what about future? Where would you like to have a performance one day?

Gal: ‘Well… Of course, it would be great to have a show in Madison Square Garden, Carnegie Hall and Wembley Stadium. However, those are just places. I think we actually care more about our music and songs.’ 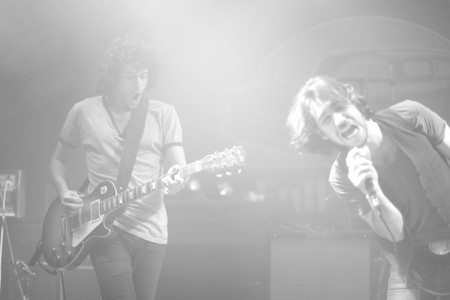 What can you tell about the immediate future? What are you working on now?

Dor: ‘Besides developing our own musical personality, we are getting ready to create an EP by this summer. Of course, we are also performing in several shows around Israel. The next one will take place in the Pasáž bar on Allenby st. 94, Tel Aviv on the 5th of March. Please, come see us there!’

The Middle Beast has honored The Culture Trip with a first-time exclusive ‘inside the studio’ of their music video ‘Strictly Business’.

Gal: ‘This is the newest video. A live real-time capturing from our rehearsal, which shows exactly how the band actually works. It represents the dynamics between us. By the way, you are the first to see it!’