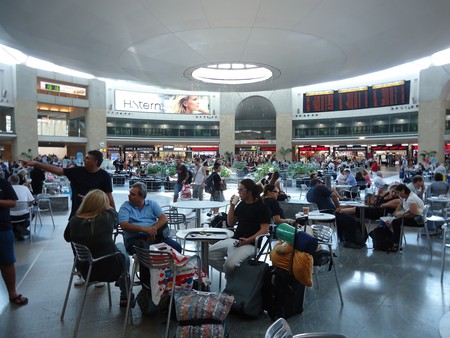 Israel is a very small country, but due to its rich culture, history and religious sites, it is a popular tourist destination. All 10 million passengers that travel in and out of Israel per year pass through Ben Gurion International Airport, which sits just between Tel Aviv and Jerusalem. Find out everything there is to know about Israel’s main airport.

The main airport of Israel, recently ranked as one of the world’s top 10 airports in 2017 according to Travel and Leisure magazine, was named after David Ben Gurion, the primary founder and first Prime Minister of the State of Israel. 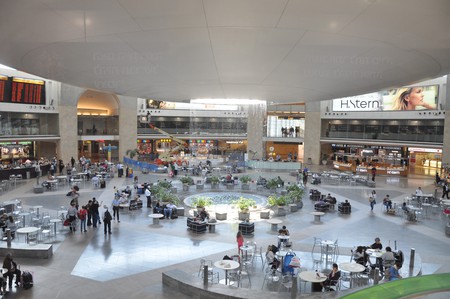 Most international flights depart from and land at Terminal 3, which opened in 2004 and holds up to 10 million passengers a year, and it will soon be expanded to enable a larger traveller capacity. A few low-cost flights depart from Terminal 1, which hosted the international terminal prior to Terminal 3. Out of the Terminal’s five floors, the two you need to know are levels G and 3. The ground floor serves arriving passengers, while the third floor hosts the departure’s terminal and the entrance lobby, as well as the duty-free shopping compound. Levels 2 and S are used for public transportation.

One of the most beautiful things about Ben Gurion International Airport’s Terminal 3 is the interaction between the departing and arriving passengers. Right after immigration control at the departures’ Terminal, passengers walk through a 180-metre-long (590.5 feet) inclined indoor boulevard, passing by those who have just landed in Israel. In addition, upon landing at the airport, passengers walk around a large oval window overlooking the departures’ shopping and dining hall, also known as the plaza. The terminal’s architecture, overflowing with natural light,is designed to allow maximal interaction between all passengers, therefore, creating a truly welcoming and familiar feeling. 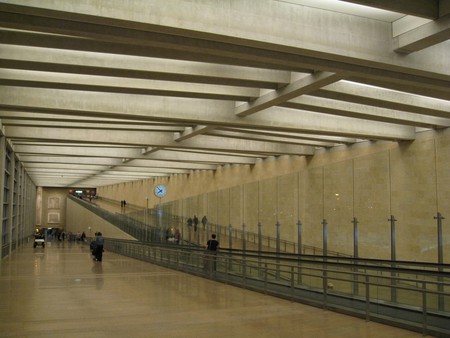 There are a few things you should remember about Ben Gurion International Airport, with the first being security. Due to the ongoing tension, Israelis are very careful and take no chances; therefore, airport security may take longer than usual. It is advised to arrive at the airport at least two and a half hours prior to your departure, or even three during peak times.

Another thing to bear in mind is the transportation. The national train arrives at Terminal 3, floor S, but you may need to change trains from Tel Aviv and Jerusalem; be sure to check the schedule in advance. Public buses are another popular transport option, as well as taxis, through Gettaxi app or the taxi stand on the third floor. The airport operates two free shuttle buses: from the long-term parking lot to terminal 3, and from terminal 1 to 3.

Keep in mind that Israelis love travelling, and the high Jewish holidays will be very busy at the airport. However, it may be a good idea to book your flights to and from Israel on Friday evening/Saturday mornings as Israel’s national Airline, El-Al, does not operate any flights during the Jewish Shabbat. During this time, the airport will be relatively vacant and peaceful. 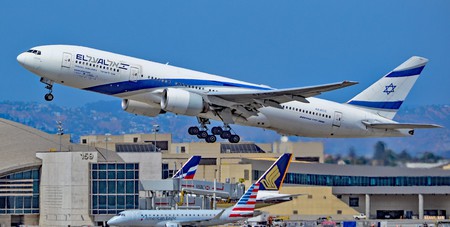 Lastly, there is plenty of dining and shopping at the airport. The dining options at the departures hall include several cafés and fast-food shops, such as Israel’s famous Aroma chain, Cafe Cafe, Burgeranch, Pizza Hut, Frame sushi and more. All of the dining options in the airport are kosher; some of the restaurants sell dairy meals, and some offer meaty options. Shopping for cosmetics, alcohol, tobacco products and local delicacies is popular among Israelis at the shopping compound, so prepare yourselves for some lines during peak hours.