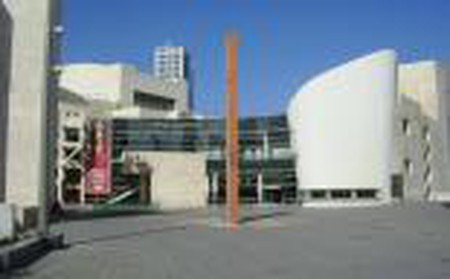 Throughout his prolific career as Israel’s most prominent playwright, Hanoch Levin spun neighbourhood tales that were confrontational, satirical, ideological and subversive – a realm apart from the indulgent entertainment a bourgeois class of theatre-goers had come to expect. Through a widely acknowledged preoccupation with ostensibly base themes, Levin left his mark on a society persistently grappling with the most basic existential questions. 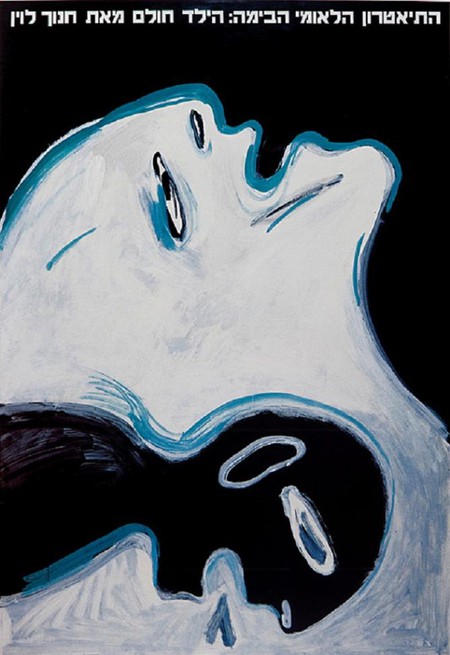 Poster for The Dreaming Child by Hanoch Levin, at the Habima Theater | © Raphie Etgar/Wikicommons

In both his personal and professional life, the Isreali playwright Hanoch Levin represents the tensions and dichotomies of Israel. Born in 1943 to ultra-orthodox Polish immigrants in Neve Shaanan, an impoverished area of Tel Aviv, he received a traditional religious education, alongside harsh lessons in the political realities of the new Jewish state, growing up under the looming and often realised threat of war. He soon diverged from religious upbringing, favouring literature, philosophy and communist ideology to the study of Jewish text. His writing bears out the deep and unsettling conflict between religion and humanism, and the struggles for personal and social fulfilment in an increasingly consumerist culture and modern world so often at war.

Though the plays are localised in carefully specified contexts, the messages resonate beyond the familiar worlds that Levin constructs, no more so than in his first satirical piece, You, Me, and the Next War, performed in 1968 – just one year after Israel’s surprise victory in the Six Day War. Though society’s collective consciousness was giddy celebrating the success, Levin offered up a lone but firm voice, lamenting the lost youth’s wasted lives and the shift in military power that turned the young state into an occupying force. In one scene, the ‘military hero’ trope is subverted to a tragic end, with a triumphant General delivering a proud victory speech to his ‘heroic brothers in arms’, concluding with the awfully ironic admission:

Eleven minutes ago, you went out of here, an entire brigade, with its weapons and supplies, and you didn’t come back. None of you came back, and I am standing here now and talking to an empty field

before saluting an empty stage, from which his fallen soldiers are pointedly absent.

Whilst the political statements of his first satirical cabaret disgruntled even left-wing audiences, his third review, The Queen of the Bath, was the subject of even greater controversy, and the recipient of heavy-handed action from the governmental censorship board. The play, produced in 1970 at the Tel Aviv Cameri Theatre, contained a sardonic rewriting of the Biblical story of Abraham’s near-sacrifice of his son, Isaac, on the orders of God. Like in the original, Abraham is preparing to kill his son when an angel cries out for him to stop, since he has proved himself loyal to God’s demands. In Levin’s version, however, the angel’s pronouncement literally falls on Abraham’s deaf ears, and only Isaac’s compelling and sincere insistence that God wants Abraham to spare him averts a tragic conclusion. In a thinly veiled allusion to errors of political and military sacrifice, Isaac wonders what ultimately will become of men, if fathers fail to hear God’s change of heart. The ensuing song of a dead son, singing beyond the grave

And don’t say you’ve made a sacrifice,

For the one who sacrificed was me here,

And don’t say other high-flown words

For I am very low now, father dear.

was both too poignant and too dangerous for a country that had come to depend on conceptualising noble sacrifice as an essential coping mechanism throughout years and generations ravaged by war. The Cameri theatre successfully appealed the censorship in court, but the polemical show ran for only 19 performances, before the theatre and the actors, facing waves of public hostility, shut it down. 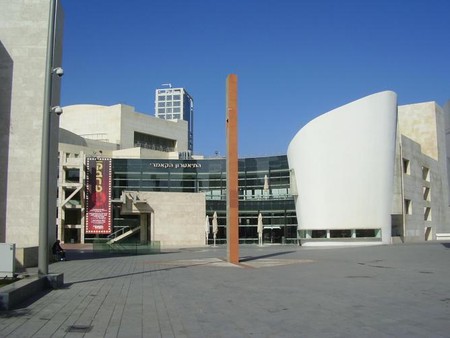 Hanoch Levin soon took the reins from his older brother David as director of his shows, and developed from a sharp satiricist into a surrealist poet, champion of both the tragic and the absurd in his domestic comedies. His plays employed recurring motifs, yet always transcended the recognisable themes to leave the deepest questions and the most meaningful universalities hanging in the air.

In another re-interpretation of Biblical mythology, he presented The Torments of Job in 1981, which cemented his burgeoning reputation as a pioneer, albeit a divisive one, of Jewish-Israeli theatre. The play is notorious for the depiction of Job’s terrible and prolonged death; after he is impaled on a spit for disobeying orders to denounce the existence of God, his agony is turned into a macabre circus attraction, and the audience is forced to consider its own role as a spectator to suffering, and as a commodifier of cruelty. Although the Deputy Minister of Education and Culture denounced the Cameri Theatre as unworthy of funding if it produced performances ‘where a naked guy hangs for ten minutes with all his privates waving around’, the drama in fact explores Levin’s most pressing concern: the human condition. Though the narrative hinges on Job’s loyalty to God, the theology is in fact irrelevant to the substantive themes. In the relatively early stages of his suffering, Job cries out

What are you talking about – ‘God’

What does God have to do with this,

The wreck of my life?

The salient interest for Job, as a mouthpiece for Levin, is not God but humans. When Job questions why the bailiffs who rob him of his possession leave his gold teeth, the leader replies

Don’t try to make us into monsters.

We’re all just human, part of the group.

We all go home to our wives at night,

To our slippers and a hot bowl of soup.

In the neighbourhood dramas, such as The Labor of Life, from which Levin gained popularity, he also analyses the connection between humanness and human relations. Levin himself was married twice and had four children, and his writing reveals a man firmly grounded in family structure. Being human, for Levin, seems to be premised not just on love and romance, but on continuity of the self through one’s children, in an almost Platonic sense.

The Rubber Barons – a tale of 30,000 condoms most obviously demonstrates this idea as it follows a non-committal, lonesome condom vendor who repeatedly fails to sell his stock and ironically laments that he has no child to inherit the burden of the condoms. Equally as isolated are the luckless, nervous Tsingerboy and the object of his misguided love, the self-absorbed Bella Berlow, who does succeed in selling Tsingerboy condoms, alongside an idea of herself that is never realised. The play, replete with full-frontal sex scenes and obscene songs, straddles the absurd and the tragic elements of human relations, a line that Levin manages to capture in its precariousness. Ultimately, the characters each remain unhappy and unsatisfied, failing to realise that fulfilment lies beyond their obsession for consumption. In this way, Levin artfully tells us something profound about a transaction-based culture in a performance that is, on the surface, about the most crude elements of life.

As Hanoch Levin neared the end of his life, he was awarded the Bialik Prize for Literature in 1994, and continued to generate his unique style of theatre, turning increasingly to topics of illness, death and grief. Requiem – Based on Three Stories by Chekhov dramatises short stories by Levin’s literary inspiration and deals with the futility of life, construed as a shuttle between circumstances until the ultimate, meaningless demise. In 1999, Levin, aged 55, lay in hospital receiving treatment for cancer that was only days away from defeating him, working on the staging of his last play The Crybabies, set in a hospital, with the principal characters named ‘Experienced Dying Man’, ‘New Dying Man’ and ‘Brand New Dying Man’. In the play, after watching an amateur performance by the hospital staff of a Greek tragedy full of cruelty and murder, the New Dying Man exclaims:

How come we didn’t understand?

You’re the spectators, not us.

But this realisation goes unnoticed and unacknowledged.

Levin’s plays are anything but uplifting; they are the hard-hitting tales of a cynic in a struggling country, using suffering and sordid poetry to simultaneously entertain and disturb audiences. And yet Levin gives some of the final lines of his final play to a feeble dying man, who finds an unexpected reserve of energy to sexually proposition a young nurse. In a fitting homage to a playwright who could spin the gravest aspects of life into laughter, the play ends with the nurse ‘laughing and crying, hugging and kissing him very lovingly’:

What a clown you are, Grandpa

What clowns we all are!

All translations of Hanoch Levin’s text are by Barbara Harshav