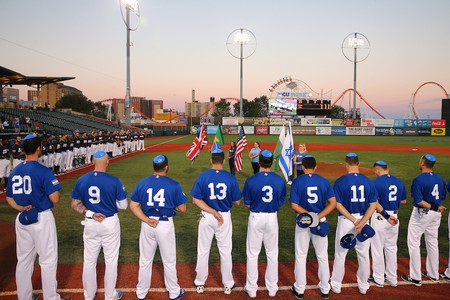 Dean Kremer travels to Israel each summer for a pair of reasons: to visit family and to promote baseball.

This past summer, though, he was unable to go because of his own commitments with the Los Angeles Dodgers organization.

Kremer, born and raised in Stockton, Calif., was the first Israeli player selected in the Major League Baseball draft. His parents, Adi and Sigal, emigrated to the United States after fulfilling their requirements with the army in their native Israel.

Dean, 20, speaks fluent Hebrew and has dual citizenship in Israel and the United States.

“Dean Kremer is a flag bearer, there’s no doubt about it,” said Peter Kurz, president of the Israel Association of Baseball. “He comes to Israel and works with us in our summer camps. The kids definitely look up to him and they keep up with his career.”

Kremer’s father, Adi, competed in the junior, international and professional tennis circuits in Israel. He played collegiately at University of the Pacific in California, but didn’t want his son to follow his footsteps. Dean grew up playing baseball in the spring and soccer in the fall before devoting all of his efforts toward baseball while in high school.

A relief pitcher who won the Class A Midwest League championship with the Great Lakes Loons earlier this month, Kremer plays for Israel at the national level. Team Israel recently won the 2016 World Baseball Classic Qualifier in Brooklyn, N.Y., earning a berth in the 2017 World Baseball Classic.

“The kids are like stat freaks,” Kremer said. “Some text me on WhatsApp and if I have a bad game they’re like, ‘What happened?’ They rely a lot on stats because it’s harder to watch games over there, especially with the time difference. They’ll televise games on reruns during the afternoons, so baseball is still available.” 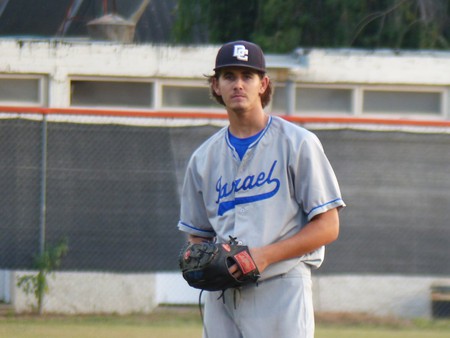 According to Kurz, who grew up in New York City and has lived in Israel since 1989, approximately 1,000 children and young adults play baseball in Israel. That number has grown from 600 following Israel’s runner-up finish in the 2012 WBC Qualifier.

Like other non-baseball countries including Brazil or Pakistan, the facilities and opportunities in Israel to play the game are limited. The premier baseball facility is the Yarkon Sports Complex in Petach Tikva, which opened in 2007 in conjunction with the formation of the Israel Baseball League; which lasted just one season.

Expanding those facilities is a top priority of the IAB.

“We’re trying to raise money for fields because the old cliche ‘If you build it, they will come’ is completely true,” Kurz said. “All over the rest of Israel is soccer fields and playgrounds, so we’ll play wherever we can find a big, green area, but we’re looking to build at least two more fields. We’re doing fundraising and a showcase like the World Baseball Classic is helpful in doing that.”

Not only is the IAB trying to expand the facilities in Israel, they’ve also shifted their target audience, according to secretary general Margo Sugarman.

Baseball was first played in the country by American ex-pats and pretty much limited to that small community. The IAB’s initial efforts to expand the sport were catered to that minority audience.

Sugarman said even the association’s website was initially in English, not Hebrew.

“All of the practices used to be in English and Israelis would have to ask their friends to translate into Hebrew,” she said. “By going into schools and promoting it to locals, we’ve started getting more Israelis interested in the sport. That’s the shift we need; that’s how we’ll grow the sport.” 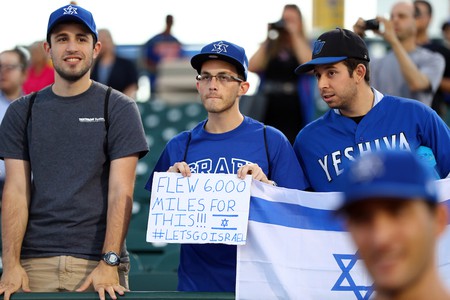 The IAB used some of its prize money from the 2012 WBC Qualifier to hire Nate Fish on a three-year contract to do just that.

The ‘King of Jewish Baseball’ launched the Israel Baseball Academy in 2014 and was instrumental in setting up the Masa Israel internship program. The academy selects the top 14-21 year olds from around the country and gives them more intensive coaching, and opportunities to compete internationally or try out for MLB programs in Europe. The internship program brings American high school or college baseball players to Israel to work in IAB programs.

“He was the one who really developed baseball in Israel the last few years,” Kurz said. “He went to schools and went all around the country talking to people about the game.”

While the IAB is continuing its grassroots efforts in Israel, it’s the influence of Jewish players in MLB and Israeli-Americans like Kremer who may have the biggest impact on growing the sport in Israel by setting an example for the youth.

“Just to be able to lead something is pretty cool,” Kremer said. “I want them to see that it can be done. Obviously it’s a little different for me having grown up in America, but there are kids over there who definitely have the talent to do it, too.”