The Israeli Coexistence Hubs That Are Breaking Down Barriers

Walking through the streets of Israel you encounter Jews, Palestinians, Druze – the list goes on. Amidst this great diversity we often hear about conflict, but what goes unnoticed is the initiative for coexistence. Numerous organizations unite ethnically diverse people, offering the opportunity to collaborate through various cultural and educational projects. 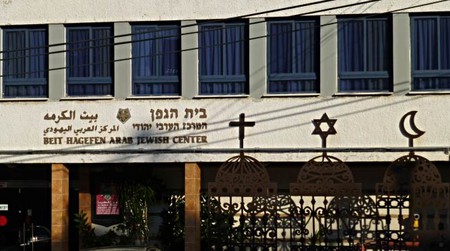 One of the most prominent and internationally reputable coexistence hubs in Israel is Givat Haviva, an education center founded in 1949 as the national education center of the Kibbutz Artzi Movement. This nonprofit institution advocates for peace, democracy, and coexistence and works to combat racism and discrimination between the diverse groups that compose Israeli society. The center boasts numerous departments, such as Gender Studies, Research of the Holocaust, and The Peace Library. Championing education as the most powerful tool in eliminating stereotypes and creating social change, Givat Haviva offers numerous courses, workshops, and seminars for youth and adults. Opportunities range from formal studies, such as intensive Arabic courses, to more creative outlets. In the photography course ‘Through Others’ Eyes’, Jews and Arabs learn technical photography skills while discovering each other’s families and communities through the lens of the camera.

Givat Haviva’s impact also extends beyond the walls of its campus: ‘Shared Communities’, one of the center’s main programs, creates and facilitates cooperation and joint action between estranged communities. The program has seen the most success in the alliance between the Jewish town, Pardes-Hanna and Arab village, Kfar Kara (both are located near the education center). The partnership is endorsed by the local leadership of each community and has led to projects such as Cooking for Peace, in which Jewish and Arab women welcome one another into their homes to share recipes and culinary traditions, discovering mutual experiences along the way. 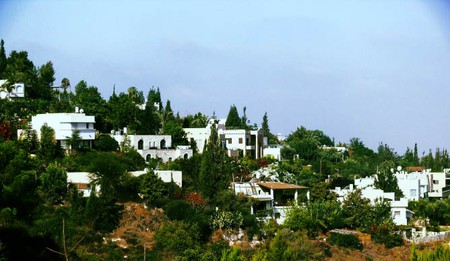 The Oasis of Peace | @MathKnight/WikiCommons

Haifa, Israel’s third-largest city, is in and of itself a model of successful coexistence in the country. The city is home to a mixed population of Jews, Christians, Muslims, Druze, and even Bahais. In celebration of this unique harmony, Haifa hosts the ‘Holiday of Holidays’ festival every winter holiday season. The festival commemorates Hannukah, Christmas, and Ramadan. It is held in Wadi Nisnas, a beautiful neighborhood of old limestone and arched balconies that is home to Christians, Muslims, and Armenians. Members of all faiths, from Haifa and beyond, attend the ‘Holiday of Holidays’ to celebrate their cultures with one another through food, performing arts and artist exhibitions.

During the rest of the year, efforts for coexistence continue at Beit HaGefen, a cultural center established in 1963 in order to bring together Arabs and Jews. Beit HaGefen unites diverse members of the community through various educational, cultural and artistic means: The center offers a multilingual library with titles in Hebrew, Arabic, and English. Al Karma, Beit HaGefen’s Arab theater troop, performs plays by Jewish and Arab playwrights alike. The local gallery features art from around the world that speaks to multiculturalism and open dialogue.

Located between Jerusalem and Tel Aviv is the Oasis of Peace (‘Neve Shalom’ in Hebrew and ‘Wahat al-Salam’ in Arabic), a Jewish-Arab community founded in 1970. While there are a number of Jewish-Arab villages throughout the country, the Oasis of Peace is unique in that it was jointly established by Jews and Palestinians. The village is composed of about 50 families; half are Jewish, half are Arab, and the majority are secular. The Oasis of Peace serves as an example of the possibility of coexistence in Israel and has been a point of study for conflict-resolution research worldwide.

Within the village is a school for kids from the nursery level to the 6th grade. The curriculum fulfills the requirements of the national school system. Yet furthermore, the bilingual and binational environment of the school works to expose the students to one another’s languages and cultures. The student body, made up of about 240 students, includes children from the Oasis of Peace as well as children from the surrounding areas, so the impact on Jewish-Arab relations is even felt outside of the village. Those who wish to join the village must be approved by a committee; however, the Doumia-Sakinah (Pluralistic Spiritual Center) holds numerous events open to the public. These events are interreligious, intercultural, and focus on equality, justice, and reconciliation. 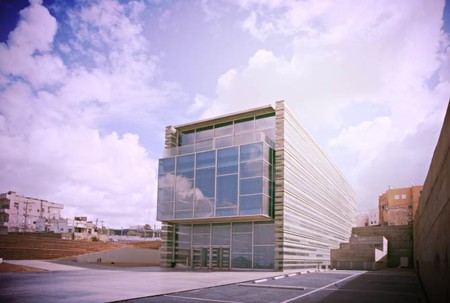 The Peres Center for Peace was founded in 1996 by the former president of Israel, Shimon Peres. The center, a nonprofit nongovernmental organization, is one of the country’s leading peacebuilding organizations and has spearheaded initiatives that bring together participants from all sectors of Israeli society. Most of the projects and programs that take place at the Peres Center fall into one of three categories: Medicine and health care, peace education, or business and environment.

Medical initiatives include the ‘Training Doctors’ program. As fellowship and residency opportunities are limited in Palestinian hospitals, this program provides advanced training for Palestinian doctors in Israeli hospitals for up to five years. Israeli and Palestinian doctors practice together and share mutual medical knowledge and experiences, improving medical training amongst both groups while fostering connections between the two peoples.

Peace education programs include joint sports games between Israeli and Palestinian youths. Children befriend one another by playing soccer, basketball, and other sports on ethnically mixed teams, and barriers are broken down as the two groups learn about each other in a playful, informal setting. Yet a third program, Ma’antech, integrates Israeli-Arab engineers into the Israeli hi-tech world. With the help of Ma’antech, which provides workshops and recruiting services to a coalition of over 40 progressive hi-tech companies, the number of Arab engineers in Israeli hi-tech has doubled since 2011.

Though we may not hear about it enough, peaceful coexistence can be found in multiple locations throughout Israel. If any one of these organizations or communities intrigues you, opportunities are available for volunteer work, internships, and even careers.