The Best Things to See and Do in Haifa, Israel 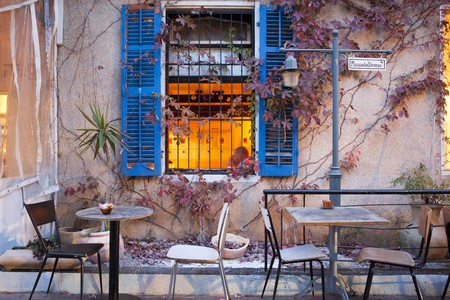 Haifa is Israel’s third largest city, often referred to as the “Capital of the North”. Slowly but surely, it is coming out of the shadows of Tel Aviv and Jerusalem to become a tourist destination in its own right. From its sumptuous street food and dynamic cultural scene to its religious diversity and stunning Mediterranean coastline, here are 8 ways to experience the city at its best.

These pristine gardens are one of Haifa’s main attractions, and it’s no surprise why. A sacred site to the 6 million members of the Bahai religion, a small number of whom reside in Israel, the gardens are delightful for an afternoon stroll. From its peak, you have a postcard view overlooking the gardens and Haifa’s Bay. 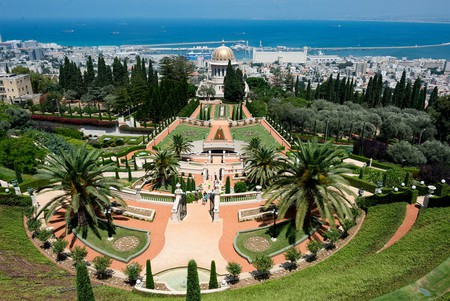 The view from the top of the Bahai Gardens, Haifa, Israel | © xiquinhosilva / Flickr

Grab a drink on Masada Street

Bar, Cafe, Coffee Shop, Israeli, $$$
Facebook
Email
Twitter
Pinterest
Copy link
Share
Map View
Masada is an interesting street in the Hadar neighbourhood that is popular among artists, writers, and activists. Take a short Carmelit (underground train) ride and soak up its hipster atmosphere, vintage stores, and cool coffee shops. Grab a beer or a bite to eat among locals in Elika, a cosy cafe-bar hybrid enjoyed by Jews and Arabs on a nightly basis.
Open In Google Maps
24 Masada Street, Haifa, Israel
+97248643274
Visit Facebook page
Give us feedback

Nestled between the German Colony and the recently renovated downtown area is the small Arab neighbourhood of Wadi Nisnas, home to some 8,000 residents. Head to its authentic shuk and sample the culinary delights on offer, which include stuffed eggplants, hummus, and Arab pastries.

Go to a festival

Haifa has a robust cultural scene and often hosts festivals, from A-sham, the Arab Food Festival heading into its fourth year, to the annual International Film Festival, which was established in 1983 and typically takes place in Autumn. 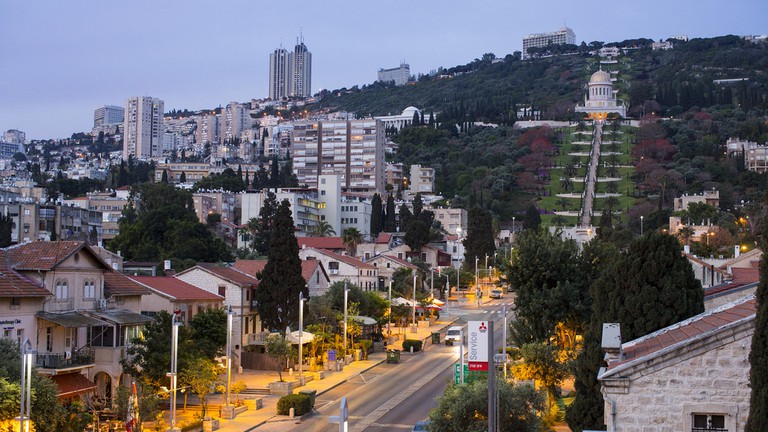 The German Colony and Bahai Gardens, Haifa, Israel | © Israel_photo_gallery / Flickr
The German Colony, known by locals as Hamoshava Hagermanit, is a delightful area located at the bottom of the Bahai Gardens. Established by German Templars in the 1860s (a religious Protestant sect), today it is the most picturesque neighbourhood in Haifa, having undergone significant restoration. Expect excellent restaurants and charming 19th century houses. Once you’ve wandered around, sit down at Cafe Strudel, a cafe-restaurant overlooking the Mediterranean Sea and the Bahai Gardens – a stunning combination.
Open In Google Maps
39 Sderot Ben Gurion, Haifa, Haifa District, Israel
+972777004312
Visit Website
Give us feedback

Treasure hunt at the Flea Market

Market, Israeli, $$$
Facebook
Email
Twitter
Pinterest
Copy link
Share
Map View
Sift through the junk and unearth some gems in Haifa’s Flea Market, where you’ll find anything from old ornaments to vintage jewellery. The market is open throughout the week, but is particularly busy on Saturdays.
Open In Google Maps
8 Kibuts Galuyot Street, Haifa, Israel
Visit Facebook page
Give us feedback

Indulge yourself in Israeli street food

Haifa is where you’ll find some of the best street food in Israel. Shawarma Emil and Shawarma Hazan serve up the best shawarma in the city, and Falafel HaZkenim in Wadi Nisna is the place to go for the classic deep fried chickpea balls.

Haifa has great beaches, such as Dado Beach and Bat Galim Beach, both of which are popular surfing spots. Moreover, it is home to 5 kilometres of paved coastline, full of restaurants, cafes, and ice cream shops. Enjoy the sea breeze as you stroll along, or sit down and watch the joggers, dogs, and families go about their business.