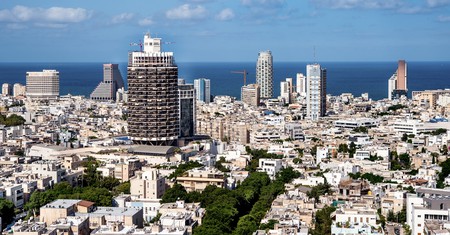 Tel Aviv’s UNESCO-listed Bauhaus district is a window into the unique architectural legacy that has come to define the city. The most influential design school of the 20th century celebrates its centenary year in 2019. Bauhaus, also known as International Style, is a style of design characterised by functionality and clean aesthetics. 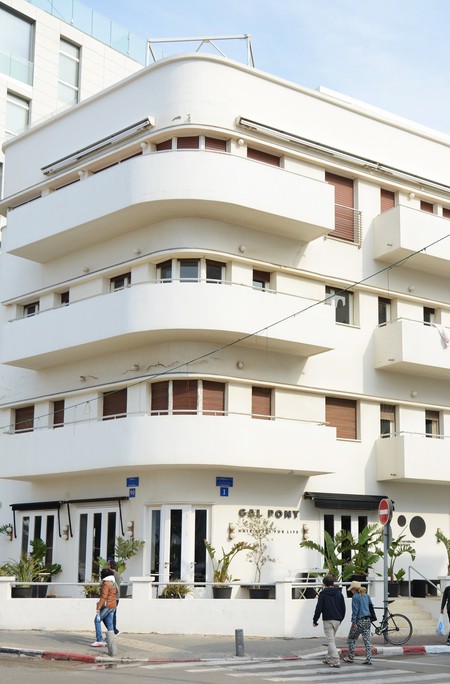 Though the movement originated in Germany, a wave of European immigrant settlers in the 1930s, including Bauhaus graduates Arieh Sharon, Shmuel Mistechkin and Shlomo Bernstein, brought Bauhaus to Tel Aviv – a city that was then in its infancy. The architects developed the ‘White City’ in Tel Aviv, a collection of 4,000 functional buildings made from concrete and steel that is still considered to be the world’s largest number of International Style buildings in one location.

The White City was named a UNESCO World Heritage Site in 2003, and is today one of Tel Aviv’s most vibrant districts, characterised by an abundance of restaurants, cafés and start-ups that sit among the remarkable architectural landscape.

Where to find Bauhaus architecture in Tel Aviv

Visitors can admire the minimalist beauty of many Bauhaus buildings peppering the city simply by strolling the streets. The three main areas within the World Heritage Site designation are Area A around Dizengoff Square; Area B on and around Rothschild Boulevard; and Area C, the Bialik Complex. 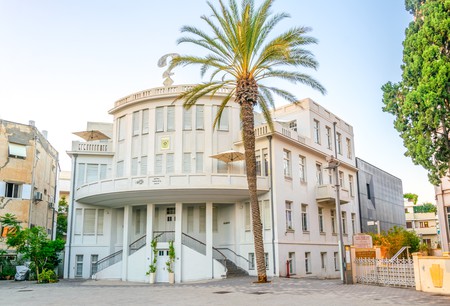 “Many of my favourite buildings are located on Rothschild Boulevard and Shenkin Street, as they encompass all the typical attributes of the Bauhaus style unique to Tel Aviv,” explains Sharon Golan Yaron, content director of the new White City Center Museum in Bialik Square, which is due to open in September 2019.

“Tel Aviv’s expanse of eye-catching buildings, recognised by their intriguing asymmetry, curved narrow balconies and levelled rooftops, befitting of International Style, were constructed with both purpose and function at the forefront of design.” 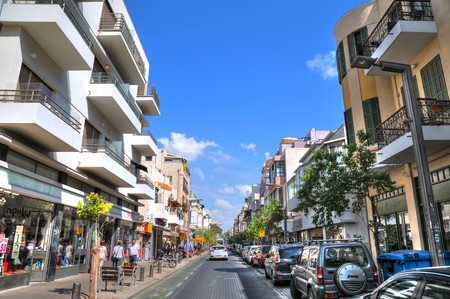 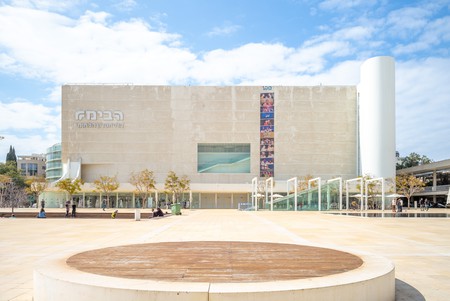 Developed by architects L Krasowski and E Markusfeld in 1935 and restored in 2008, this three-block residential building is known for its distinctive facade, with protruding balconies and long windows, so designed to fight the heat in Tel Aviv – a sharp contrast from the climate in the architects’ native Germany.

Rubinsky House symbolises the birth of ‘Israeli Bauhaus’. It borrows elements from Modernism, including decorative awnings, as well as hanging columns leading into the stairwell, which push the boundaries of the Bauhaus philosophy that favours pragmatism and simplicity over beauty.

The stars of Rothschild Boulevard

Near Rubinsky House, three neighbouring Bauhaus buildings on Rothschild Boulevard capture the essence of the movement in Tel Aviv.

Rothschild 89–91, the 1935 Yitzhaki House apartment block designed by Pinchas Hitt, consists of two blocks that mirror each other exactly and are surrounded by a courtyard. The horizontal balconies, designed to shield the apartments against the sun, are typical of the Israeli Bauhaus movement, and visitors may also note the juxtaposition between the angular facade and the rounded rear block.

A few steps south is Rothschild 84, the 1933 residential Engel House block, designed by architect Ze’ev Rechter. The block was the first in Tel Aviv to be built on a series of columns, allowing for better ventilation and giving the illusion of additional space within a densely populated city. The building fell into disrepair in the years following its construction, the exterior becoming frayed in the Mediterranean sun. In 2018, Rechter, the architecture firm run by the family of the original architect, began an extensive restoration project to bring Engel House back to life. Though it is currently undergoing a redesign, its distinctive facade can still be partly observed.

Across the street at Rothschild 82 is the Brown and Rubinsky House, designed in 1933 by architects Joseph and Ze’ev Berlin. Restoration works were carried out in 2013 by Bar Orian Architects to polish its facade, renovate the interior stairwell and add a penthouse and extension to the back. Now a state-of-the-art apartment block, the building still embodies its original Bauhaus spirit. The vertical stairwell window, resembling a thermometer, splits the structure at a symmetrical angle on the crossroads of Rothschild Boulevard and Mazeh Street. The glazed floor-to-rooftop window serves a double function, bringing natural light into the staircase by day and illuminating the street at night. 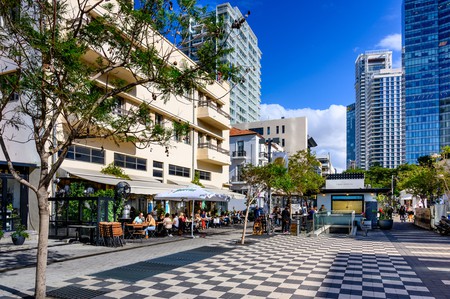 Off the main boulevard

On Balfour Street 24–26, a side street of Rothschild Boulevard, visitors will find a residential building designed by Lucian Korngold in 1935. The complex is quintessentially Israeli-Bauhaus, with a series of long balconies with shaded overhangs on each level, and ventilation crevices that characterise many of the buildings in the area. Although its facade is run down, the building remains a fit-for-purpose apartment block, and its rugged exterior offers a glimpse into its history.

Around the corner on Strauss Street 3 is Bruno House, originally built in 1935 by architect Ze’ev Rechter to house teachers from a school across the road. It features a succession of rounded balconies and curved lines, creating a wave-like appearance across one side of the building. Originally built over three stories, Bruno House was renovated by Bar Orian Architects in 2004 to add two additional floors to the back of the building. The new floors blend into the original design by mimicking the building’s silhouette, though the use of contemporary materials distinguishes the extension from the rest of the building.

Although the majority of Bauhaus buildings in Tel Aviv continue to serve their original purpose as apartments, a few properties have been transformed into state-of-the-art boutique hotels. The Poli House Hotel, adjacent to the renowned Carmel Market on Nahalat Binyamin Street, was built in 1933 by Schlomo Liasowski and purchased by Ukrainian immigrant Yehuda Polishuk shortly after. The namesake building, referred to then as Polishuk House, was originally rented as a commercial space for several businesses in the 1960s, including a printing press and a footwear store.

The building fell into disuse in the 1980s, becoming run down like many of the Bauhaus designs in the area. It was purchased by hotelier Leon Avigad in 2007, who commissioned architect Nitza Szmu and renowned designer Karim Rashid to revive the building over an 11-year period. Now known as Poli House, the hotel maintains its original Bauhaus exterior, but its interior has been entirely revamped, with bold black, white and yellow patterns lining its walls, typical of Rashid. The rooftop, a trendy outdoor bar with ample seating, a heated pool and Jacuzzi, has become a converging spot for visitors. End your tour here and with some fine cuisine, cocktails and a spectacular view of Tel Aviv. 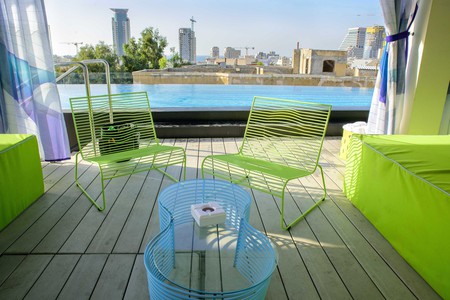