A Tour of Israel's Filming Locations 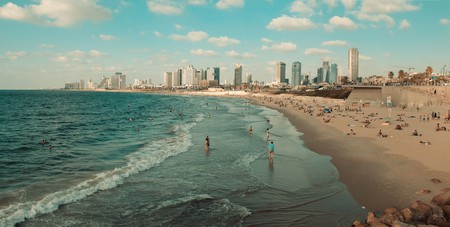 While it may be known for its struggles, Israel is also known for exporting great technology, products, and professionals – from Nobel Prize winners to beautiful actresses. Another thing worth checking out in Israel is its landscape. With sandy beaches on one end, ancient remains on another, not to mention a magnificent desert, modern cities and green hills, Israel’s diverse scenery has taken part in several films, showcasing its beauty, culture, and diversity.

One of the most famous views of Israel can be seen in Adam Sandler’s Israeli satire, You Don’t Mess with the Zohan (2008). In this film, Sandler portrays Zohan Dvir, an Israeli counter-terrorist army commando who fakes his own death in order to pursue his dream of becoming a hairstylist in New York. While the film’s opening scene was shot on a Tel Aviv beach, opposite the Dan Hotel, there were several other scenes supposedly showcasing Israeli beaches that were actually shot elsewhere. 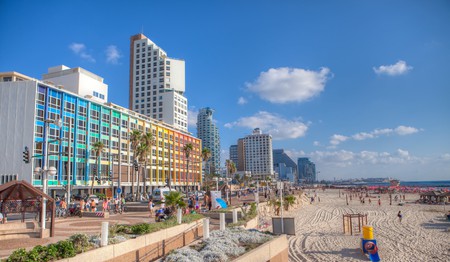 Jerusalem is a city full of culture, and is a sacred place to many religions. It’s also home to some of the world’s oldest and most beautiful streets, buildings, and sites. Although Steven Spielberg’s Schindler’s List (1994) was almost entirely shot in Poland, you may have noticed that the final minutes, which transition from black-and-white into colour, were shot elsewhere. Filmed in 1993, that scene was shot at a Catholic cemetery on Mount Zion in Jerusalem, where Oskar Schindler was also buried in 1974. The scene features the Jews who he saved, accompanied by the actors who played them, placing stones on his grave.

Otto Preminger’s 1960 movie Exodus, which tells the tale of the creation of the state of Israel in 1948 in the aftermath of World War II, has also featured several Israeli locations, including Haifa streets, Jerusalem’s Abyssinian Church on Ethiopia Street, and Acre, where the prison break masterminded by Ari Ben-Canaan (Paul Newman) took place. One scene, the reenactment of Israel’s proclamation of its Declaration of Independence, was shot in a Jerusalem Square, and featured 20,000 Israeli extras. 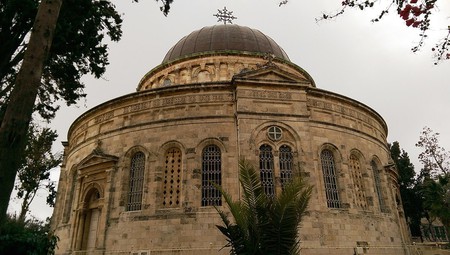 Natalie Portman‘s A Tale of Love and Darkness, her debut film as a director and one of her best performances as an actress was recently filmed in Israel. Adapted from Israeli author Amos Oz’s bestselling autobiographical novel of the same name, the story describes Oz’s youth, during the end of the British Mandate for Palestine and the early years (the 1940s) of the State of Israel. It is the first film in which Portman speaks Hebrew, and was mostly shot on locations throughout the country, including Jerusalem and Tel Aviv.

Other filming locations around the country include the ruins of Advat, Beit Guvrin and the Dead Sea, which can be seen in the famed rock opera Jesus Christ Superstar. The cast was made up of Broadway actors, along with Golden Globe nominees Ted Neeley and Carl Anderson, who portrayed Jesus and Judas.

A more surprising movie that was filed in Israel was Rambo III (1988). The action movie (which broke a Guinness World Record for the most violent film ever made at the time!) depicts fictional events of the Soviet war in Afghanistan. It was filmed partly in Israel, Thailand, and Arizona. The Israel filming locations that ‘played’ Afghanistan include Eilat, Jaffa and Tel Aviv.

Last but not least, the 1983 movie Sahara, starring Brooke Shields, was also partially shot in Israel. The Israeli location sets were in the Negev Desert of southern Israel, near the city of Eilat. Unfortunately, the film was a box-office failure.