A Guide to Scuba Diving in Eilat, Israel 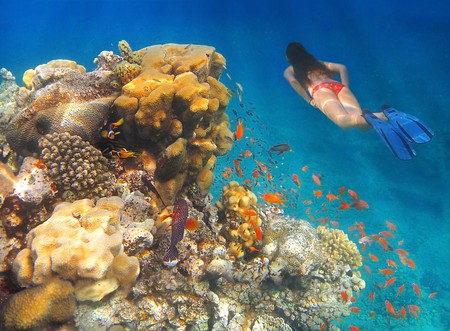 A girl swims underwater amid the beautiful coral and colourful tropical fish in the Red Sea, Eilat, Israel | © irisphoto1 / Shutterstock

Eilat is one of Israel’s most popular tourist attractions, and it’s no wonder why. Israelis and foreigners alike flock here throughout the year due to its array of dreamy beaches, crystal-clear waters and diverse sea life that includes a dolphin population and breathtaking coral formations. It should come as no surprise, then, that scuba diving is the city’s specialty, which you can learn all about in this guide! 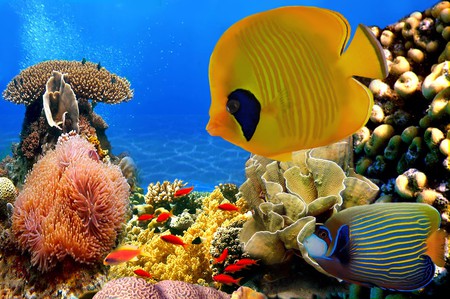 Situated near Egypt’s border, Eilat is Israel’s southernmost city. Driving there from Tel Aviv will take around four hours, as will the journey from Jerusalem.

There are also several means of public transportation: from Tel Aviv’s Central Bus Station, there are frequent direct buses to Eilat (up to six hours) that you need to book in advance.

You can also fly from Tel Aviv’s domestic Sde Dov Airport and from Ben Gurion Airport to Eilat’s Ovda Airport using Arkia and Israir airlines (flight time is under an hour). Moreover, Ryanair recently announced the launch of 15 new flight routes to Eilat from European cities, making Eilat more accessible than ever for budget travellers!

Eilat is home to a magical underwater universe with 250 coral species and over 1,200 species of fish. Some creatures you can expect to see, according to the reputable PADI diving organisation, are turtles, rays, clownfish, butterflyfish, parrotfish, lionfish, scorpionfish, frogfish, sea snakes, barracuda, triggerfish, moray eels, octopus, dolphin and, if you’re lucky (or unlucky), the odd whale shark in summer.

Diving in Eilat is suitable for both beginners and experienced divers as sea and weather conditions are great nearly all year long. In summer (June to August), it is almost unbearably hot and very busy in Eilat – the best time to visit is in September or October when it is slightly cooler and less crowded, while the sea remains pleasantly warm.

This beautiful reserve that stretches over one kilometre is the most popular in Eilat for diving and snorkelling. Home to dazzling coral formations and equally impressive sea life, it is breathtaking to explore. Look out for two spectacular rocks, known as Joshua and Moses, which are microcosms of the biodiversity that exists in the Red Sea. Located in the southern end of the reserve, the Japanese Gardens are one of the most beautiful underwater areas to explore, largely due to its heavy protection: no more than 32 divers can enter its shallow and deep waters per day. 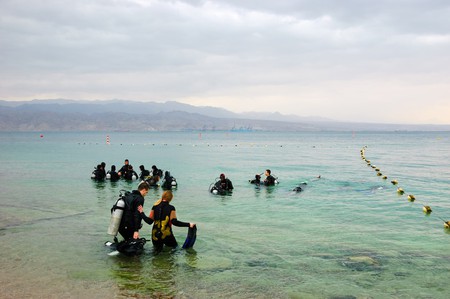 This 14-metre deep diving spot gets its name from the hundreds of sand eels who rear their heads and bodies up from the seabed, which makes for quite a sight!

Eilat’s most popular underwater wreck, the satil is a large missile ship around 30 metres deep. You can swim along the bridge, the engine room and the missile launching area, while getting up close with the various species of lionfish found inside.

Undoubtedly one of the most magical experiences visitors can have in Israel, the diving centre at the Dolphin Reef allows you to dive alongside Eilat’s dolphin population in their natural habitat.

There are a plethora of diving clubs to choose from. Some of the best include Shulamit’s Eilat Diving Adventures, who offer daily diving tours and PADI diving courses in small groups; Red Sea Lucky Divers, one of the oldest companies in Eilat that has certified over thirty thousand divers and offers introductory diving tours and PADI courses and Israel Dive, who offer diving courses for all abilities and introductory dives led by Yaniv Mizrahi, a highly regarded and experienced instructor.

Things to do nearby

Eilat isn’t just popular for its scuba diving. It’s worth heading down to the Coral Beach Underwater Observatory to explore the wondrous sea life of the Red Sea from within its large glass windows. Just 20 minutes from the city lie the Eilat Mountains, home to some of the country’s most spectacular hiking trails and the famous Red Canyon. 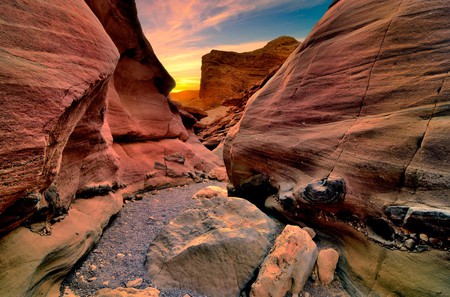 Also nearby is Timna Park, another one of the most popular attractions in the Negev Desert, where you’ll find rock formations you’ll have trouble believing are naturally formed (they are!), in addition to the oldest copper mine ever found in human history. If you’re feeling particularly adventurous, cross the border into Jordan to visit Petra (a car journey of around two and a half hours) and be mesmerized by its world-famous archaeological sites.