The Best Up And Coming Israeli Boutique Beers

Beer culture in Israel has experienced tremendous growth in the last few years; today there are over 120 different Israeli beers to choose from. Brands like Malka, Bazelet and Negev have seen incredible success around the country, and the Israeli beer renaissance has just begun. Many smaller-scale boutique beer brands are coming out with exciting, innovative brews that are gaining attention and demand. Here are five brands to keep an eye out for. 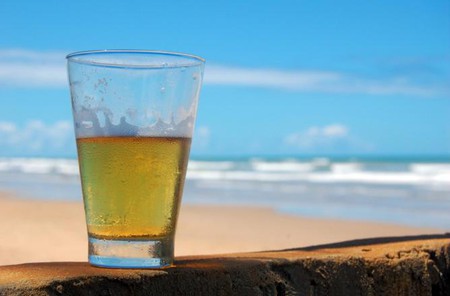 Beer at the Beach | @Rodrigo Menezes/WikiCommons

Named after American brewer and co-owner Jeremy Weldfeld, Jem’s beer factory has become a hotspot for beer enthusiasts around the country. Jem’s beer is one of the better-known Israeli craft beers today. It can be found in their own gastro-pub locations – Petach Tikva, Raanana and Kefar Saba, as well as in bars and restaurants all over the country. Jem’s currently produces six different beers, all made in small batches with high-quality ingredients, no additives and no preservatives. The most popular is ‘Jem’s 8.8’ (named after its high alcohol content), a Belgian ale that is rich, fruity and mildly bitter. The others include a dark German lager, stout, pilsner, Bavarian wheat and amber ale.

Brothers Rotem and Dagan Bar Ilan began brewing beer in their backyard six years ago. Today, it is produced in their own brewery, ‘The People’s Brewery’ (Mivshelet Ha’Am) in Even Yehuda. Here they allow other commercial brewers to use their facilities in order to create legal, certified beers. HaDubim beers, all unfiltered and unpasteurized, can be found in the Beer Bazaar in the Carmel Market, El Vecino, Tchernichovsky 6 in Tel Aviv, and many other locations. HaDubim boasts over 10 different kinds of beer. For a good American Pale Ale try ‘The Doctor’. If you are feeling adventurous go for ‘Esh’ (fire), a light beer to which hot peppers are added during the fermentation process – a good example of the creativity and innovation that is characteristic of the country’s beer production.

HaDiktator’s beers are hard to miss. Their three main beers depict infamous historical figures on the labels; Saddam Hussein or Joseph Stalin on their pale ale, Guy Fawkes on their English bitter, and Vladimir Lenin on their Irish red ale. Yotam and Tomer, the brewers behind the faces of HaDiktator, create quality beer that is accessible and drinkable. They are no strangers to the Israeli flare; The 2014 Beer Expo featured ‘Irish Red Laphroig’, their traditional red ale re-fermented with an addition of Laphroig, a single malt whiskey. HaDiktator can be found in Pardes Hanna, Beermingham in Emek Hefer, and the Beer and Beyond in Tel Aviv. According to Yotam, ‘the Dictator will soon be at a location near you – and that’s not a threat’.

Gordon Sutker started brewing when he was a lone soldier living on a kibbutz in the south. He dreamt of opening a brewery in order to promote the art and joy of craft beer. Gordon began working on what would become The Stranger in 2012, and today you can find The Stranger’s Honey Ale in Tel Aviv at Wings, Cafe Xoho, Cafe Nona and a number of other locations. The ale is made of German and Belgian wheat, and honey is added after initial brewing to preserve the flavor. Gordon’s goal is to make beer that is appealing in taste and branding. The mustache logo on the side of the bottle provides the sweet, refreshing beer with a secondary purpose; the ‘right prop to snap a photo for the drinker to remember and share their experience’. 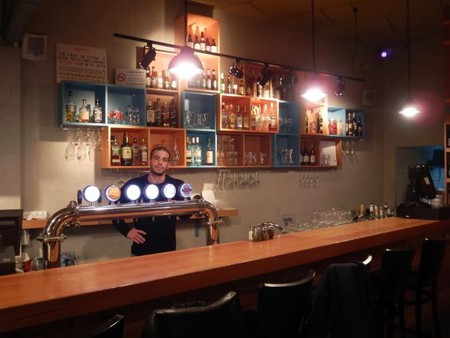 Israeli Beers on Tap at Bardak in Jerusalem | @Doug Greener/BlogSpot

Meadan craft beers are an exciting and tasty development for the celiac and gluten-intolerant community. When Bryan Meadan was diagnosed with celiac disease in 2006, beer was one of the things he first missed. After struggling to find a gluten-free beer that he enjoyed, Bryan began brewing his own. Today, Meadan produces two beers; a buckwheat malt ale and a chickpea ale, making the brewery the only in the world that uses chickpeas as a base. Both have about a 5.3% alcohol content, and are sweet yet mildly bitter. They are currently available in Tel Aviv at the Beer Bazaar, Neroli Health Foods, Achoti Pizza and many other locations. Another plus; Meadan beers are kosher for Passover!