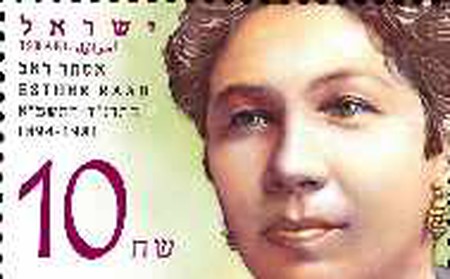 Here, we explore 5 Israeli women poets whose writing is distinguished by patterns of biblical imagery. The deep and universal nature of myth allows them to feature archetypal biblical characters in their own kind of idiom, and elaborate their story in new ways: sometimes against the grain of established orthodoxy, and always with a critical and creative edge. 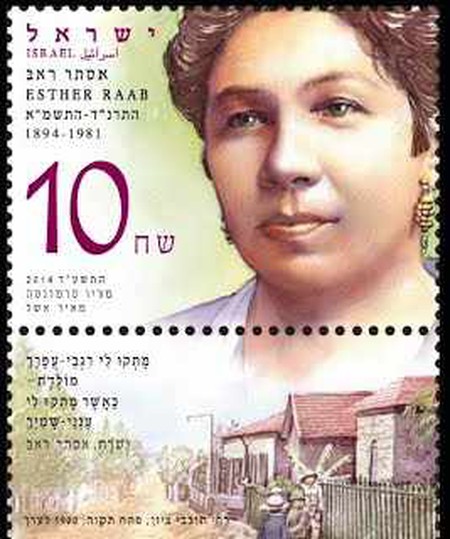 Esther Raab (1894-1981) was the first native-born Israeli woman poet and an important figure in the emerging literature of the Hebrew language. A participant in the revival of modern Hebrew, she remembers seeing each “word [as] new and shining with a wealth of colors like bird’s wings.” Shifting easily from the cosmic to the particular, her poetry is reminiscent of Emily Dickinson’s in its fractured grammar, its combined sensual assertiveness and careful restraint, and its two sources of inspiration: the Bible and nature. Her poem about the building of Tel Aviv recalls the beginning of Lamentations, which mobilizes the metaphor of the city of Jerusalem as a profligate woman whose sin has led her to her own ruin. Raab however both signals a fidelity to the original text and subverts it at every turn. Tel Aviv does not simply personify the Land but merges the poet’s voice into it. The poem’s two final lines are emblematic of the idea of singing from within the Land: “I will cling at evening to the edges of your hills/like a parched wailing weed.” This wild plant, representing the poet’s voice, “clings” to the city, as, in Genesis 2:24, a man cleaves to his wife. The speaker effectively transforms the intimacy portrayed in Genesis into a modern-day symbiosis with the Land of Israel. The speaker’s desperate devotion to and reliance on the Land, represented by the parched weed, shows the Jewish condition at the very beginning of Israel’s statehood. 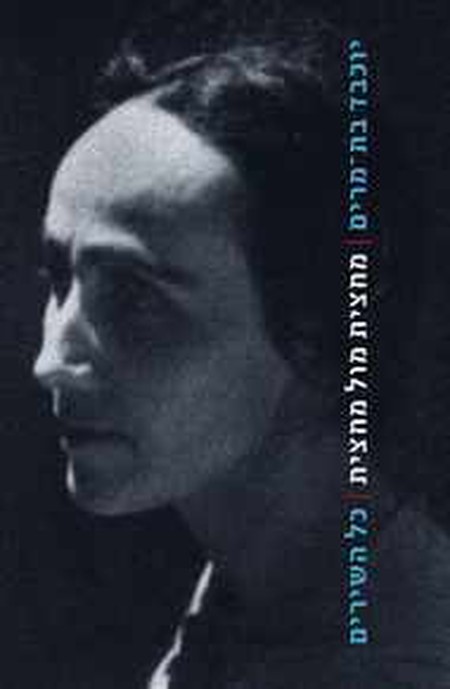 Yocheved Bat-Miriam (1901–1980), born in 1901 in Keplitz, White Russia, adopted the name Bat-Miriam at age 17, thereby identifying both with her mother, whose name was Miriam, and with the biblical prophetess. After emigrating to Palestine in the 1920s, she was forced to confront the new realities of the Land – realities she found simultaneously attractive and inscrutably foreign. Her concerns as a Jewish woman and a poet found expression in Bein Hol V’Shemesh (Between Sand and Sun), a collection of poems which she published in the late 1930s and early 1940s. The poems portray six biblical characters: Miriam, Saul, Abraham, Hagar and Eve. In Bat-Miriam’s retelling of their stories, these characters struggle like the speaker to find fulfillment and self-worth despite the limitations inherent in their relationships with the opposite sex, God, mortality, and reality as a whole.

Known to Hebrew readers simply as “Zelda,” Russian-born Zelda Schneursohn-Mishkovsky (1914-1984) was an ultra-orthodox Jew who descended from an illustrious dynasty of Chabad Hasidic rabbis. Although she began writing in the 1930s, and publishing in the 1940s, Penai (Free Time), her first book, was not published until 1967. The book, with its startling emotive and spiritual images drawn from the world of Jewish mysticism, Hasidism, fable and Russian folklore, immediately established the poet as a major figure on the Israeli literary scene, popular with both religious and secular audiences. There are abundant references to the Bible in Zelda’s lines. She especially drew on the Psalms, as well as on Ezekiel, whose profound visions inspired many a Jewish mystic. But the attentive reader also notices images that seem to be drawn from a variety of other sources. In particular, Zelda’s striking images of nature – the rose, for example, is a symbol of sacredness, that turns into a mirror of yearning for things attainable and unattainable. Her famous poem “Each Rose” ends with an understanding that in order to reach the rose, or anything truly worthwhile, one must cross “a sea of fire.” The mystical experience of union between the human self and nature is at the core of many of her poems.

One can scarcely discuss feminine Hebrew poetry without stressing the centrality of contemporary poet Yona Wallach. Wallach (1944-1985) belongs to that rare breed of writers who set the agenda for future literary generations by challenging boundaries, interrogating sexuality and examining new dimensions of language and love, of expression and feeling. Her acerbic passion and notoriety has caused her to be compared to Sylvia Plath. She revolutionized Hebrew poetry by daring to present the figures in her poems as provocative and sexually open. Taking on the persona both of the prophet and the accursed, she became a cultural legend. Steeped in biblical allusions, mythology, fairy tales and kabbalistic imagery, she often twists original sources with playful or violent irony. One of her poems “Tefillin” (“phylacteries”) reads, “I shall put on tefillin /…wrap them about my hands/ Wrap them over the pleasurable places on my body…” Its publication brought her to the center of public controversy for daring to associate one of the holiest male ritual practices with highly suggestive sexual imagery. In her overtly feminist poetry, Wallach expresses a woman’s longing for a God who has a “body,” a physical and sensual presence, in a dramatic and fascinating way. 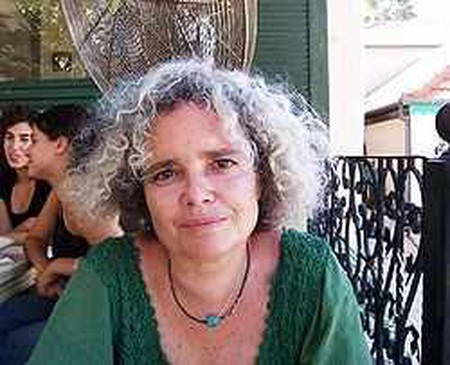 Another contemporary poet exploring identity and femininity through Midrashic verse is Rivka Miriam. Born in 1952 in Jerusalem, she is the daughter of the renowned Yiddish writer Leib Rochman and was named for his mother and sister who perished in the Holocaust. She has published thirteen books of poetry, two collections of short stories and two books for children, and has received numerous literary awards. Her poem “In the Beginning,” starts with the famous first line of the Bible (“In the beginning God created the heavens…”) and then turns the narrative around (“that really are not”). The poem alludes to an expression in the Zohar about touching that which is not, which is a way of relating to the void aspect of the mystical divine. It involves coming close to that which can never be fully comprehended – and which is never tangibly there unless one believes.