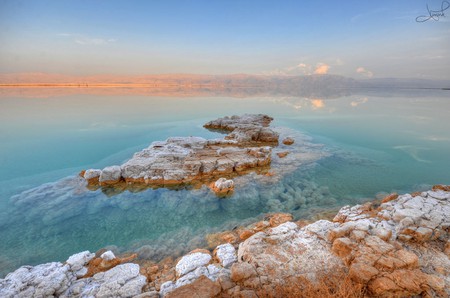 Israel offers a rare mix of good food, great people and an endlessly diverse list of sites. So no matter if its culture, faith or curiosity that brought you here, here are the attractions you just must see once you’ve arrived.

A rarely visited site in Israel, this amazing old city offers the best of the old and new world: great restaurants perched on its seaside cliffs and even a world-class hotel alongside all the fun of a classic Arabic market. 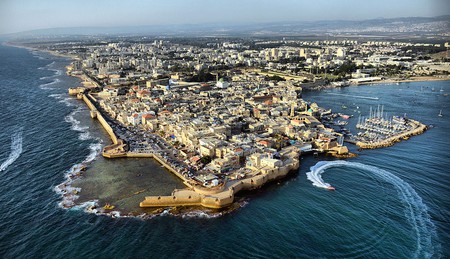 This mountaintop fortress in the Israeli desert was once the last holdout for the members of the Jewish revolt against the Roman empire. Their fate was a bitter one – after a lengthy siege they decided to take their own lives rather than surrender – but visiting the site is anything but bitter. Wake up extra early and hike or just take the tram and enjoy this amazing historical site. 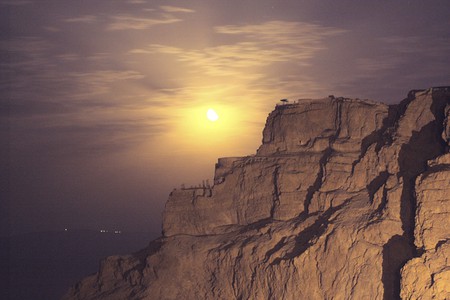 Masada is a quite the sight when the sun sets over the Judea desert | Avinoam Michaeli, Wikipedia

At the top of Masada | Berthold Werner, Wikipedia 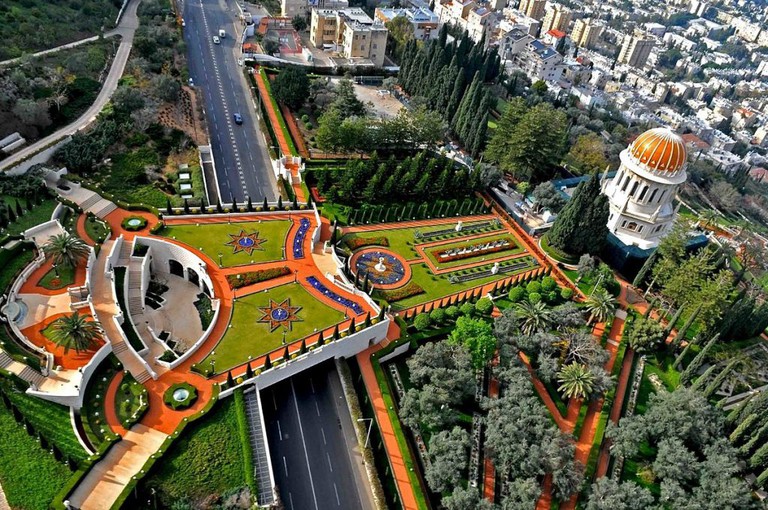 The Hanging Gardens of Haifa are an absolute beauty. Holy to the adherents of the not-widely known Bahá’í faith, the gardens are a temple to their god Bah. Come for the view, or come to learn about the faith – just don’t miss it.

One square kilometer of winding streets and alleys and home to the holy sites of the three main monotheistic faiths, Jerusalem’s Old City is the place where history has happened and is the only place priests and monks commonly have fist fights. It also has amazing food and countless secrets for those willing to brave its maze of shaded streets. 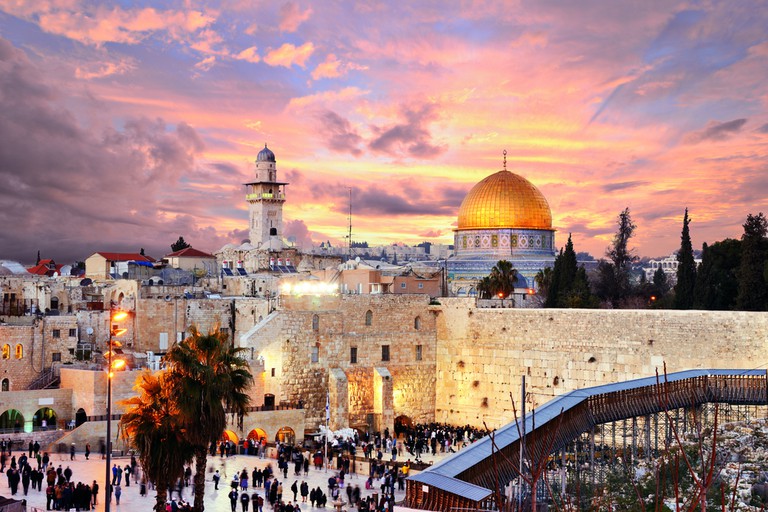 Skyline of the Old City at the Western Wall and Temple Mount in Jerusalem, Israel | © Sean Pavone / Shutterstock
Book Now
The exterior wall of the long-destroyed Jewish Temple, the Western Wall (or Wailing Wall) is one of Judaism’s most holy sites, so holy that ultra-Orthodox Jews won’t even step beyond the wall to where the temple actually sat for fear of desecrating the land. Its open plaza accommodates both women and men for prayer, and regardless of faith, follow the local custom and put a note in the wall.
Open In Google Maps
+97226271333
Visit Website
Give us feedback

The Church of the Holy Sepulchre and Via Dolorosa 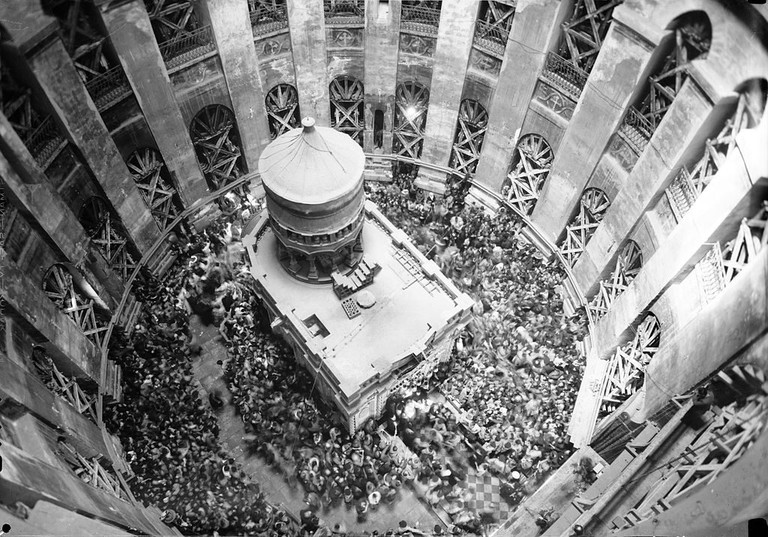 Follow in the steps of Jesus by walking the Via Dolorosa, or head to his final resting place in the Church of the Holy Sepulchre. The tomb itself has recently been renovated and is a popular site for pilgrims and tourists alike.

Dome of the Rock, Jerusalem 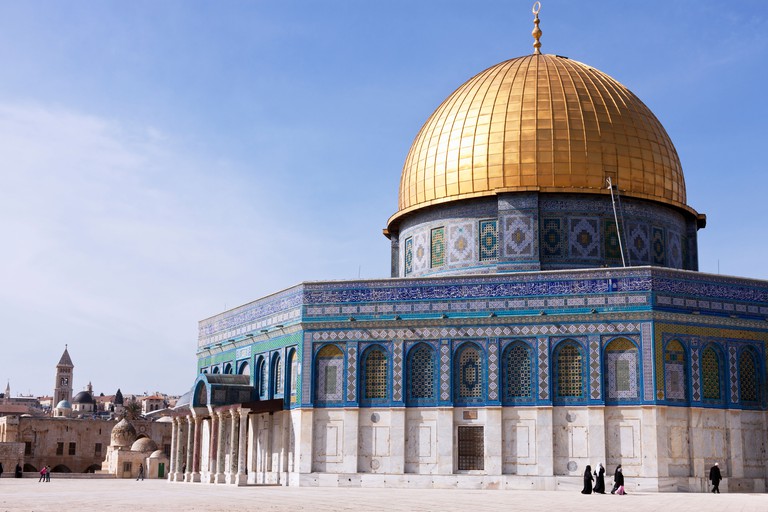 Muslims believe that the Dome of the Rock commemorates the Prophet Muhammad's journey to heaven. | © Cosmo Condina Middle East / Alamy Stock Photo
The Dome of the Rock, next to the Al-Aqsa Mosque within the Temple Mount complex, is one of Islam’s most holiest sites. Though a flashpoint for tensions between Jews and Arabs, it is safe for tourists per a few caveats: don’t go on Friday, Israelis might be barred from entering, and women are required to dress modestly (i.e. long skirts extending below the knee and no cleavage or exposed shoulders).
Open In Google Maps
Jerusalem, Israel
Give us feedback

Tel Aviv’s Port, recently revamped, is now an urban powerhouse of cafés and restaurants. It’s a great place to see the sea without having to pass through a beach, and its farmer’s market offers great local food with its produce and restaurants.

One of the world’s oldest port cities, Jaffa is one of the best parts of Israel. Head to its port for great sea breezes and fresh fish. 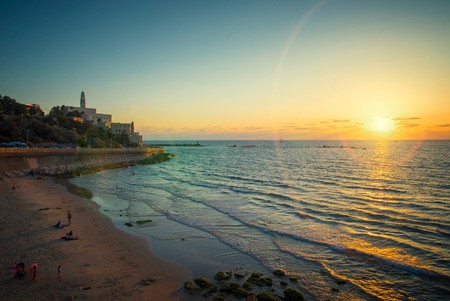 View of the old port in Tel Aviv at sunset, Old City of Jaffa | © Badahos / Shutterstock

Home to an internationally acclaimed collection of International Style houses (sometimes also called Bauhaus) the so-called White City is actually part of Tel Aviv’s central Lev Ha’ir district. The homes are beautiful even for those usually not interested in architecture, and we’ve even put together a great walking tour to explore them for you. 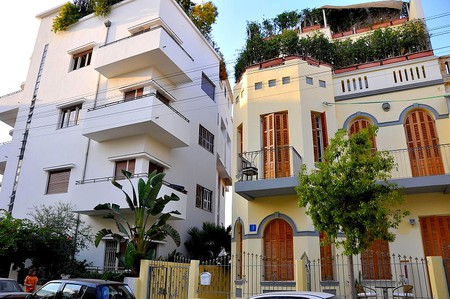 Trendy and stylish, Jaffa’s Flea Market is home to strange antique stores alongside new restaurants and cafés, a symbol of how Jaffa’s old meets Tel Aviv’s new to create something amazing.

Jerusalem’s central market is a bustling middle eastern bazaar offering the best local delicacies, for those who know how to find them. Take a chance and get lost in this great market, which has even inspired a fancy restaurant hidden within its allies bearing its name.

Hipster central at the Big Synagogue in Tel Aviv

The epicenter of the hipster side of Tel Aviv, the Big Synagogue plaza on Allenby Street, is home to a bar, a restaurant and two places that fall somewhere in between. The Port Said and Santa Catarina are the places to eat contemporary Tel Avivi cuisine, and the Otzar is the place to get a drink if you’re young and in style. So head there to meet the city’s younger and more attractive scene. 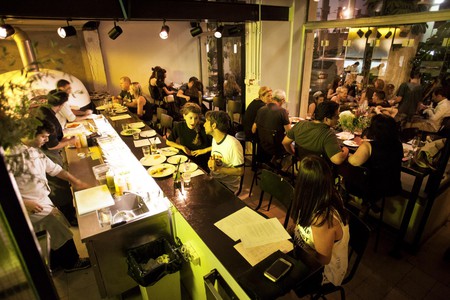 Notice the tabun on the left side of the edge of the bar? Tel Aviv’s Santa Katarina’s menu revolves around the ancient stone oven | © Tamuz Rachman / Courtesy of Santa Katarina 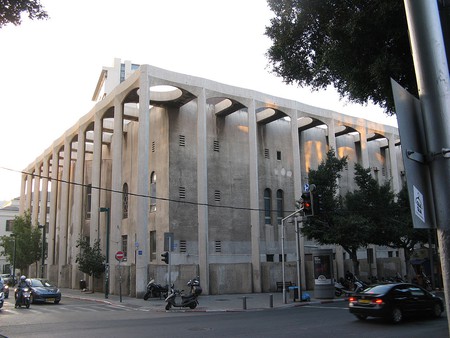 The multitude of beautiful beaches in Tel Aviv need no introduction and remain some of Israel’s most famed and most popular tourist attractions.

In the southernmost tip of Israel sits the resort town of Eilat. Perched on the head of the Red Sea peninsula, its waters open up to Egypt to the south and Jordan to the west, and on good days, Saudi Arabia is visible in between them and across the water. Eilat has great coral reefs, a few dolphins and even a bird festival, so go south and enjoy the dry, warm sun. 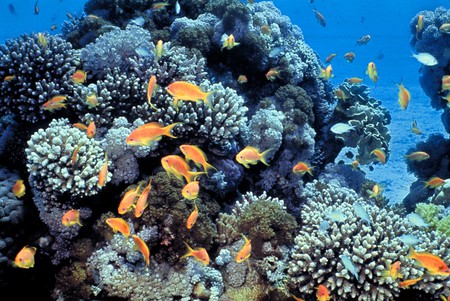 The coral reef in the Gulf of Eilat, Red Sea | David Darom, Wikipedia

The arid desert’s tall stone towers and dry landscape, reminiscent of Nevada’s, offers something ethereal and beautiful as well as a special kind of quiet within it. Check out the amazing cabins at Bamidbara to spend the night.

The lowest place on earth, the Dead Sea is said to have healing powers, and its mud is supposed to help reinvigorate your skin. So take a splash in the murky, mineral-rich waters and dip yourself in some high-grade mud (mud-faced selfies are mandatory).

Called the Sea of Galilee by Israelis, Lake Kinneret is the site where Jesus is said to have walked on water. It’s also Israel’s main reservoir and a favorite tourist attraction for locals, who can regularly be found basking along its beaches.

The Golan Heights, on Israel’s northernmost tip, offers some respite from Israel’s famous heat. There is a ski site and a local café called Cafe Anan – a play on words on the name of former UN Chief Kofi Annan and the Hebrew word for ‘cloud’ (‘anan’) due to its height – but the Golan Heights have recently become popular for all the wrong reasons as some ‘war tourists’ flock here to safely see the fighting in Syria raging just across the border. 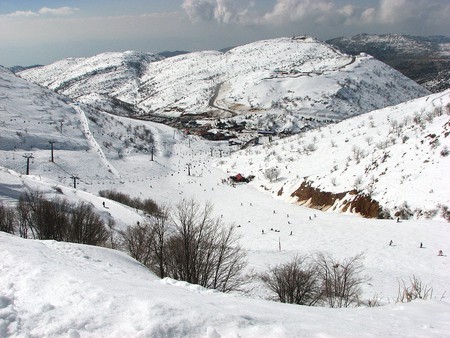 Caesarea is one of Israel’s most affluent community, but the adjacent national park offers some of the most exciting ruins in Israel. Built by Herod the Great at around 25 BC, the remains of the Caesarea Maritima port city include a the ruins of a hippodrome, a Roman theatre, an impressive collection of Crusader-era fortifications, a temple and an impressive aqueduct. It also offers an amazing view of the old harbour, which was once the largest on the eastern coast of the Mediterranean. 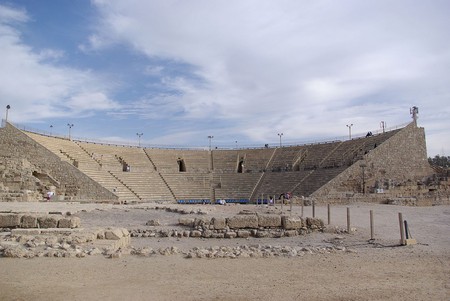 The Roman theatre at Caesarea Maritima in Israel | Berthold Werner, Wikipedia
Give us feedback