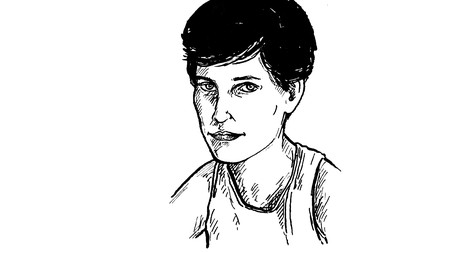 As part of our “20 Literary Translators Under 40” series, we interviewed Hebrew literary translator and fiction writer Yardenne Greenspan.

Read: An excerpt from Alexandrian Summer by Yitzhak Gormezano Goren

What are you currently translating?
Earlier today I finished translating Blanche by Yitzhak Gormezano Goren—a prequel to his book Alexandrian Summer, which was published by New Vessel Press. It’s a very passionate, Mediterranean novel that takes place in Alexandria in the 1940s. Lots of different languages and dialects, and lots of music and sex.

What approach or procedures do you take when translating?
I start by doing a rough draft, as quickly as possible. I do pause to look up words and I might go back a few sentences to rethink and restructure my phrasing, but in general I try not to get too caught up in specific challenges and just let the work flow. Then once I have a draft finished I go back and begin to parse it out, changing the order of words or sentences, dealing with puns and rhymes and other linguistic hurdles, and making sure everything flows and sounds right. This process is a lot slower and meandering. After that I revisit some especially difficult passages. Then I send the manuscript to the author, get their notes and edits, and we begin to brainstorm ideas. Next it’s on to the editor and another round of back-and-forth begins, except this time it’s triangular: the editor, the author, and me, and we each have our ideas and preferences.

What kinds of works or regions do you gravitate toward?
I love fresh, contemporary literary fiction with an edge—be it fantastical, humorous, or dark. I’m also a sucker for family-related memoirs. It makes me ache, in a good way. I’ve had the opportunity to translate some fiction written by Mizrahi writers, who expose both Israeli and international readers to a different, little-known facet of Judaism. I mostly translate novels, but I also love to translate micro fiction, like the kind Alex Epstein or Noa Sivan write. I also translate plays.

Who or what are some untranslated writers or works that you would like to see in English? Why?
There are so many! I think one issue with Israeli literature in translation is that the international readers’ community has grown to think of Israel as representative of two things: post-Holocaust survival, and the Israeli-Palestinian conflict. While these two elements certainly define to a great extent who we are as a people, and inform our worldview, invading almost anything we create, there are other aspects of “Israeliness” that appear in contemporary writing but aren’t as obvious to publishers in English speaking countries: racial and ethnic relationships, religious oppression, the tension between Tel Aviv (a beautiful, liberal, gay-friendly bubble) and the rest of the country (including some downtrodden, neglected peripheral towns), the difficult, often hopeless economy, and life in the settlements.

What are some of the more interesting literary developments happening in the language or region you translate from?
I feel like there’s a very intense, excitingly dangerous trend of truthfulness and honesty. Or maybe the truth has always been told, and it’s just that it has changed. Israeli literature has traditionally been very celebratory of the country’s history and proud of its humble beginnings and the immense strength it has demonstrated. I don’t want to belittle any of this—it’s an incredible country with an incredible backstory. But recently more and more young writers have felt compelled to uncover the seedier, more immoral aspects of it. One great example of this is the book The Second Half of the Night by Shifra Cornfeld, which I’ve translated and is currently in search of a publisher. She tells the tale of an illegal ultra-orthodox settlement built around a yeshiva on a mountain outside of Jerusalem, and how it makes and breaks the people who live within it. The extreme honesty and dark humor of this novel are representative of a gorgeous development currently taking place in Israeli literature.

What is a recent translation challenge you faced?
I recently translated a book called The Third, by Yishai Sarid. It’s a totally original allegory, taking place in Jerusalem in the near-future, after all coastal cities have been evaporated and the Kingdom of Judah has been restored to its biblical glory. It was challenging and exciting to combine the biblical atmosphere of the book and the many biblical passages included within it, with a contemporary setting and modern dialogue. Which biblical translations to use? When to make the transition seamless and when to enhance it, creating an intentional disparity? The process was subtle and exciting.