13 Things to Do in Israel During Summer 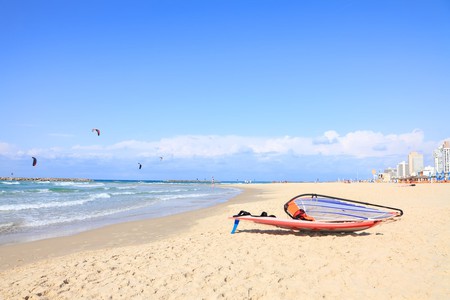 Summer is a special time to be in Israel as it offers something for everyone. From beer festivals and outdoor cinemas to world-class cocktail bars and refreshing natural springs, here are 13 ways to make the most of Israel’s sizzling summer.

Get your tan on at the beach

Summer in Israel means beach, beach and more beach. If you’re in Tel Aviv, you have several to choose from. Gordon Beach is the busiest, but should be avoided by anyone averse to crowds and tourists; Banana Beach is a slightly less touristy stretch of sand situated towards Jaffa and Ajami Beach, just south of Jaffa’s Old City, offers a welcome escape from the tourist-packed beaches of central Tel Aviv (and it’s conveniently located nearby Abu Hasan, seen by many as the best hummus joint in Tel Aviv-Jaffa). Some of Israel’s most beautiful beaches are, however, located outside of Tel Aviv, from the nearby Herzliya Beach to the dreamy Beit Yanai. Do like the locals do and come equipped with a cold watermelon, beer, matkot and plenty of sunscreen. 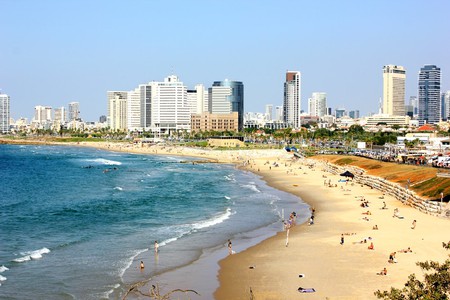 Last summer saw weekly movie screenings in Gan HaPisga in Jaffa, a beachside park with stunning views overlooking the Mediterranean and Tel Aviv’s coastline. Featured films included Amy, Trainspotting, and La La Land. Dates or further information have not yet been released for summer 2018, but based on the popularity of these last few years, they are bound to return. Keep your eyes peeled!

The unofficial national sport of Israel, matkot (beach paddleball) is hugely popular on Israeli beaches. In fact, if you were to state the one defining sound of Israeli beaches (especially in Tel Aviv), it would be the unrelenting, hollow echo of matkot balls slamming back and forth. This simple yet super fun game is a must for any visit to the beach during summer in Israel!

Frolic around in Israel’s natural springs

A favourite summer activity among locals, especially teenagers, is venturing out to a natural spring, or maayan, in Hebrew. From the stunning crystal-clear waters of Ein Hanatziv in the Beit She’an Valley in northern Israel to Ein Shokek in the Valley of Springs area (where tiny fish will give you a free foot spa), there are numerous options to escape the city and immerse yourself in nature. 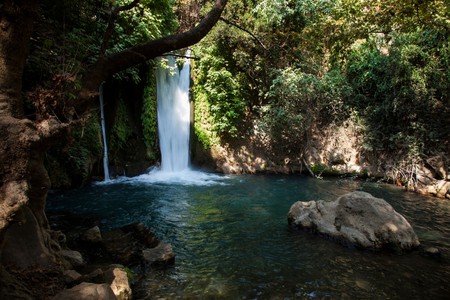 Sometimes, the humidity and heat (particularly in Tel Aviv, where conditions are harsher than in Jerusalem) can become a little too much. In such cases, we recommend checking out one of Israel’s numerous world-class museums, from the renowned Israel Museum in Jerusalem to the Tel Aviv Museum of Art, which has a large and eclectic range of art, from masters to contemporary photography, in addition to regular exhibitions.

Shop till you drop (in air conditioning)

For those seeking some respite from the intense summer heat, why not check out what Israel’s malls have to offer? The latest in Tel Aviv is the Fashion Mall, a large, glitzy mall with top designer brands that lies incongruously on the unappealing Carlebach Street towards the eastern part of Tel Aviv. Nearby is Sarona Market, an indoor food market with a number of excellent eateries, from meat specialists to ramen. In Jerusalem, the upscale and attractive Mamilla Mall is worth checking out (although it is open air) for the lovely views of the Old City from its restaurants.

Rent a pedal boat and cruise down Hayarkon

Hayarkon Park is to Tel Aviv what Central Park is to New York. A sprawling expanse of greenery in the city’s north, featuring outdoor gyms, basketball and football courts, gardens and a serene man-made lake running through it, you could easily spend an entire summer’s day enjoying this spot. In the heat of summer, though, we recommend renting a pedal boat (motorboats are also available) and taking a leisurely cruise along this scenic park. The boat rental stations are near Ibn Gvirol Bridge and next to Haifa Road Bridge. 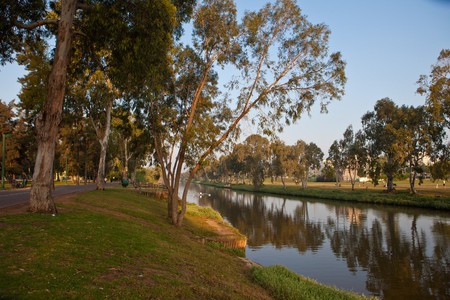 It’s the simple things that often give us the most pleasure in life. With a plethora of tasty ice cream parlours, such as Vaniglia and Gelateria Siciliana, grab an ice cream, find a spot in the shade and watch the Tel Aviv world go by.

If you’re in Tel Aviv, outdoor activities that are worth checking out include outdoor yoga sessions, surfing and paddleboarding. Or for the adventurous among you, combine these by signing up for a yoga-paddleboard lesson, which is exactly as it sounds – yoga on a paddleboard! Don’t expect to stay dry.

Tel Aviv is home to one of the world’s most vibrant cocktail scenes, from Imperial Craft Cocktail Bar, voted the Best Bar in Africa and the Middle East in 2017, to Spicehaus, which has fast become one of the city’s favourite bars for its quirky and inventive pharmacy-themed cocktails. With bartenders dressed as pharmacists and delicious, inventive drinks served in beakers, this bar located on the buzzing Dizengoff Street is perfect for a summer evening drink among friends.

Be mesmerized by the Festival of Light in Jerusalem

With impressive and eclectic artistic displays and video projections on the ancient walls of Jerusalem’s Old City, this festival is a wonderful opportunity to see this enchanting and fascinating city in a different light (literally!). Now in its ninth year, it is taking place between June 27 and July 5 (but will be closed on Friday, June 29) and is free to the public.

See why Condé Nast Traveller ranked Israel as the third hottest wine destination for 2016 by heading to Jerusalem for its annual wine festival. The largest wine festival in Israel, typically held in early August (exact dates for summer 2018 are yet to be released), here is where you’ll find a large selection of Israeli wines, food stalls, live performances and more.

Or sample the best of Israel’s beer industry

If wine isn’t your thing, then worry not: August sees the much-loved Jerusalem Beer Festival take over the downtown Independence Park for a beer, food and music extravaganza. Aside from hosting some 120 different types of beer by established brands alongside local boutique breweries, you can catch big names in the Israeli music scene such as Muki and Nechi Nech. Now in its 13th year, this two-day festival (August 23-24) is not to be missed, whether you’re a connoisseur or a casual beer drinker.