Israeli Inventions That Changed the World 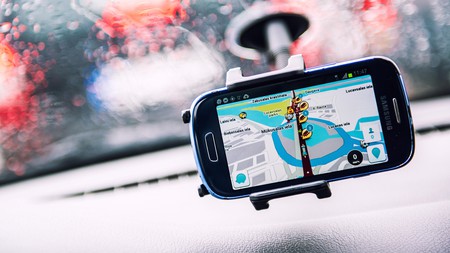 It’s no secret that Israel – the “start-up nation” – is a global centre for technology. Culture Trip explores the country’s homegrown developments that are making an impact on a global scale.

In the world of technology and innovation, Israel is king. The country has more hi-tech start-ups per capita than anywhere else in the world and is second only to the US in venture capital funds. This is an impressive feat for any state, but more so for one that is only 70 years old and home to just under 9m people.

Despite its relatively short lifespan, the “start-up nation2 is responsible for hundreds of tech inventions, from everyday items like USB drives to futuristic medical devices that can offer diagnoses in an instant.

SniffPhone – the device that can smell disease

The SniffPhone is a diagnostic tool that can literally sniff out disease. It was awarded the 2018 Innovation Award by the European Commission for Most Innovative Project, and is an evolution of the ‘NaNose’ technology developed by Professor Hossam Haick of the Technion-Israel Institute of Technology.

NaNose is a breathalyser that can detect the symptomatic odour caused by some cancerous tumours, Parkinson’s dementia, multiple sclerosis and many more diseases. It has an 86 percent to 93 percent degree of accuracy. The SniffPhone aims to further simplify this diagnostic process by making the technology accessible via a plug-in that can be attached to smartphones.

It is estimated to become commercial within four to six years and will be “highly accurate, affordable, easy to use, comfortable and easy to repeat”, according to its developers.

After a tragic accident left him paralysed from the waist down, Dr Amit Goffer spent years developing a way for paraplegics to be less dependent on wheelchairs.

Enter the ReWalk by Argo Medical Technologies, easily one of the greatest Israeli inventions in the field of science. Allowing the user to stand upright, walk and even climb stairs, this exoskeleton-esque robot receives movement signals from a wristwatch and is powered by a backpack battery. It’s been available for public use since 2014 and has made appearances at the London Marathon and the 2012 London Paralympics. 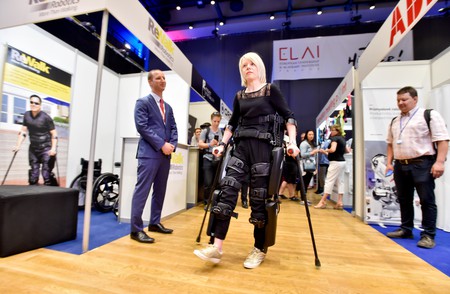 Inspired by a personal experience with chronic stomach pain, scientist Gavriel Iddan of Given Imaging (now Medtronic) came up with the idea of creating a digestible, disposable camera that transmits data to a receiver outside the body. FDA-approved, the PillCam is now used across the globe to diagnose infection, intestinal disorders and cancers in the digestive system. It’s also able to access areas of the digestive system that are typically out of range during a conventional procedure.

The PillCam has revolutionised modern medicine by allowing patients to avoid visits to the hospital. For his invention, Iddan received the European Inventor Award in 2011, 14 years after the prototype was first released.

Millions of people owe their lives to the flexible stent – a tube-shaped device used to open up arteries to treat coronary heart disease and blockages, preventing the need for open-heart surgery.

Traditional, rigid stents were made for more complicated operations and so, with the introduction of the first ever flexible stent in 1996, surgery became easier and safer.

Known in the medical world as the NIR stent or EluNIR™ it was developed by Medinol, a company operated by husband-and-wife team Kobi and Judith Richter. Thanks to their genius invention, the Richters were at one point ranked among Israel’s richest people, according to Forbes.

Firewall – the original protection against malware

The software that protects our data from dangerous cyber activity is one of the cornerstones of computer security – and arguably one of the greatest tech inventions from Israel. The biological parents of the firewall are widely accepted to be Gil Shwed, Marius Nacht and Shlomo Kramer of Israel-based Check Point Software Technologies. The team developed the first ever fully viable commercial firewall in 1993, and since then Check Point has expanded, opening subsidiaries overseas and partnering with major tech companies, including Nokia.

In 2018, Shwed was awarded the state of Israel’s highest honour, the Israel Prize, for contributions towards technology and innovation.

The so-called “original instant messenger” was none other than ICQ, a free-to-download app developed in 1996 by Israeli internet company Mirabilis.

Though there were a few messenger services around in the 1990s, including MIT’s Zephyr Notification System, most were specialised, used for peer-to-peer communication in places like universities and businesses. Others were not recognised by mainstream audiences, and were more the reserve of internet geeks and those in the know.

Software developers Sefi Vigiser, Yair Goldfinger, Amnon Amir and Arik Vardi teamed up with internet mogul Yossi Vardi (Arik’s father) after discovering what they deemed to be a clear gap in the market – a need for a universal communication system.

And they were right. ICQ, a play on the English phrase “I seek you”, allowed Windows users to send each other messages in real time, and the convenient, centralised system quickly reached a widespread audience.

The company was sold to AOL for USD$407m (£296.3m) in 1998 – an impressive feat at a time when mega-mergers were not commonplace – but has been since overshadowed by its numerous competitors. Nevertheless, it remains one of the best examples of Israel-born technology.

An Israeli patent paved the way for one of the world’s most common everyday items – the portable USB memory drive.

The technology itself is a marriage of two innovative prototypes: flash memory was developed by Toshiba in the 1980s. A decade later, a coalition of industry leaders developed Universal Serial Bus – or USB – a standardised port used to connect devices.

It wasn’t until 1999 that Israel-based company M-Systems filed a patent for the “USB-based PC flash disk”, opening the door for the development and production of the portable USB that we all know, misplace and love.

For decades, farmers in Israel struggled to grow crops in the country’s arid desert climate. Things changed for the better in 1965, when engineer Simcha Blass had a Newtonian moment while observing two adjacent trees. One was large and the other small, leading Blass to discover a tiny crack in the water pipe next to the bigger tree. This was enough for him to realise that a few regular drips of water are enough to make a huge difference in plant growth.

And so micro-irrigation was born: Blass designed a pipe that would drip water on to crops, making it possible to grow them while using a limited amount of water.

By 1967, Netafim – literally meaning “drops of water” – had improved crop yields by 70 percent in the Arava desert in Israel, all while reducing water usage in the region by 5 percent. The technology soon spread across the country, and across the globe.

As Israeli inventions go, this one washes down very nicely. Headquartered in Petah Tikva, Watergen is producing clean drinking water out of thin air using nothing more than a portable generator.

Founded in 2010 by Arye Kohavi, Watergen’s devices use patented GENius technology to extract humidity from the air – i.e. vapourised water that is present in the atmosphere everywhere from rainforests to desert climates like Israel’s.

Watergen’s generators cool and liquidise the air vapour, producing up to four litres of water for every kilowatt-hour of electricity they use.

The generators also include built-in filtration technology to account for air pollution, and further treat the extracted water to ensure it is safe to consume.

The life-saving device is already being used in disaster zones across the globe, including 2017’s Hurricane Maria in Puerto Rico. Watergen has even bigger ambitions, though, aiming to provide clean drinking water for millions of people, ranging from those in economically unstable climates to office workers in major cities looking to sustainably quench their thirst. 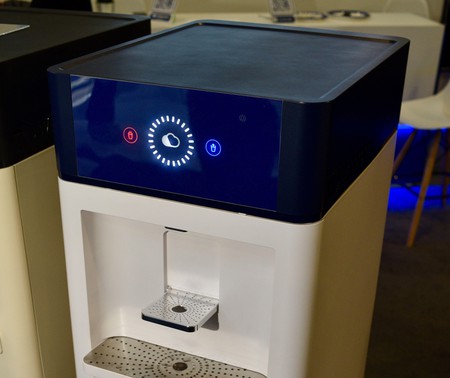 With a headquarters in a kibbutz in northern Israel’s Beit Shean Valley, BioBee is now a multinational company that focuses on biological pest control. Perfecting its biotechnology since 1983 under the guidance of bug lover Akiva Falk, it aims to reduce the use of pesticides in agriculture, using the natural power of insects to make crops safer to eat and their habitat a more secure place to be.

BioBee runs three projects simultaneously: breeding bees for pollination in greenhouses, using “friendly insects” such as mites, wasps and beetles to attack harmful pests, and reducing the number of harmful insects by genetically modifying their ability to reproduce. 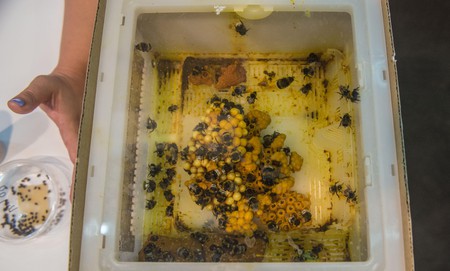 “Sensing the Future” is the mantra at Mobileye, an Israeli security company valued at USD$10bn.

The car technology was developed in 1999 by Amnon Shashua who, with his business partner Ziv Aviram, turned his academic thesis on machine learning into a reality by developing algorithms that would allow a tiny camera placed in cars to alert drivers of potential hazards, such as pedestrians or steering out of the lane.

Today, more than 25 global automakers use Mobileye technology to make driving safer, and over 15m vehicles worldwide are equipped with its technology. The number of lives it has saved is countless.

Waze – a navigation device with a twist

When engineer Ehud Shabati first tried using a GPS, he was both delighted and disappointed. While known as a notoriously bad navigator, he made it from A to B, but his journey was hindered by traffic and roadworks. So he looked into other GPS systems and found they were all effective at guiding their users, even in remote locations, but they all fell short in the same way: they couldn’t provide traffic information in real time.

So, Shabati took matters into his own hands. The engineer mapped out his native Israel, first on his own and later with co-founders Uri Levine and Amir Shinar, aiming to make a community-based navigation device that provided road reports on the go. Soon, the engineers had built a community of thousands of drivers on Waze, using crowdsourcing to collect incident reports such as accidents and roadworks.

Waze was sold to Google for USD$1.1bn in 2013 making it one of the most successful Israeli invention stories of recent years, and today provides real-time traffic information to more than 50m users.

This article is an updated version of a story created by Reuben Lewis, Taly Sharon, Patricia Clarke and Maya Sapieka.