A Look At The Last 100 Years Of Israeli Art

Israel is a land that carries so much history and cultural importance for millions of people – so it is only natural that it has birthed some of the most diverse and unique movements in art history. Beginning at the turn of the 19th century when European Jews began to settle in Palestine and mix with the native people and their culture and all the way up until the contemporary day, we explore the past 100 years of art in Israel.

Established in 1906, the Bezalel Academy of Fine Arts is one of Israel’s oldest and most prestigious institutions for higher education. Considered a breakthrough for Israeli modern art, the academy was founded by Jewish-Lithuanian artist Boris Schatz. Bezalel brought traditional European methods and styles of art to the Mediterranean land of Palestine, where such regulated institutions for fine arts still did not exist. The style of art created in those years was heavily influenced by European trends at the time and of previous decades, often resembling the Art Noveau and decorative style of the 1890s. 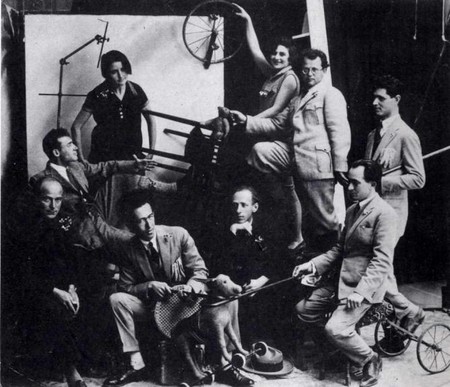 Towards the end of the 1910s, as Bezalel Academy grew in size and in reputation, students and other artists began to go against the strict rules and traditions of the very European institution. These young artists sought a new style of art, one that was distinctly ‘Israeli,’ that they felt connected with their new lives in this new land. The artists of this period referred to it as the ‘Migdal David’ period in which they strove to return to the ancient roots of the land, back to the time of King David, and to practice more historically Middle Eastern traditions and motifs in their art. 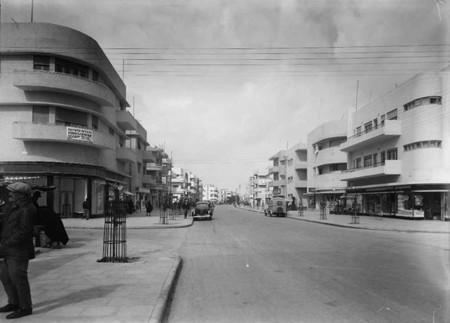 As the fine arts began to draw away from the historical European traditions, a new form of modern architecture made its way from Germany across the Mediterranean. The Bauhaus school of architecture and design became extremely popular in Israel in the 1930s. With the rise of the Nazi party, more and more Jews began to immigrate to the land of Palestine, bringing with them the new modern ideas and styles from their studies at Weimar. The Bauhaus school of architecture and design embraced simplicity and functionality, using sleek, geometric shapes and innovative, industrial materials. 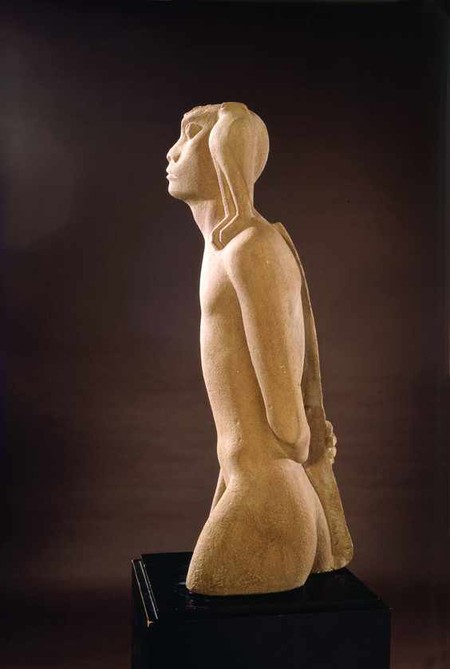 The Cnaanite movement, or Cnaanism, was a political movement as well as an artistic one. In the years before Israel’s independence as a Jewish state in 1948, a strong feeling of nationalism prevailed, and many Jewish immigrants that arrived after WWII felt the need to not only build a strong national identity but also a strong country. One of the pioneers of Cnaanism in the visual arts was Itzhak Danziger, who was looking to create a new Israeli identity through art by combining mythological motifs of ancient cultures native to the land with ideas of modern Zionism and socialism. 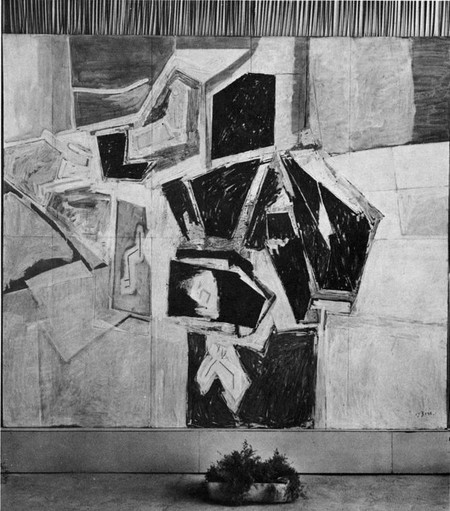 The Ofakim Hadashim movement started just around the time of Israel’s independence in 1948, a time in which a spirit of positivity and new beginnings prevailed. The artists of the New Horizons group were quite influenced by the European modernism of the 1910s, before the horrors of the two World Wars. Artists, such as Wassily Kandinsky with his art full of color and positivity, were a big inspiration for them. These Israeli artists leaned towards abstraction after European modernism but still remained figurative to a certain degree. 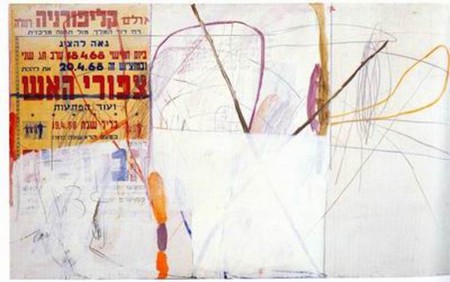 Influenced by the abstraction of the New Horizons movement, a new group of Israeli artists under the name ‘10+’ began to create art throughout the 1960s. They were the first artists to bring Pop Art and video art to Israel, influenced by the American movements of the time. The name ‘The Want of Matter’ was given to this movement and was one of their main aesthetic principles — these artists combined different mediums to create their art, searching for a new form of abstraction. 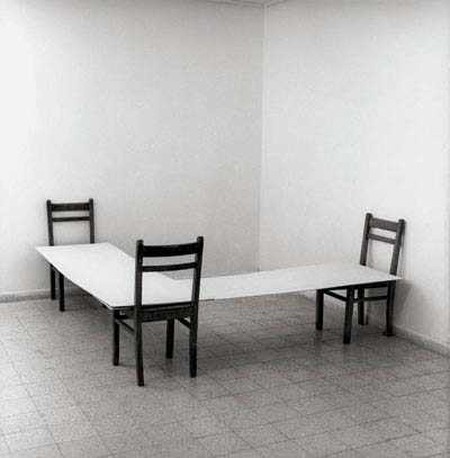 Conceptual and Minimalist art of the 1960s-1970s reached Israel while it was at its peak. Israeli conceptualists, much like their American and European counterparts, strove to completely break away and disregard all traditional and aesthetic forms of art. In Israel, this meant detaching completely from all that Israeli modern art had been influenced by and based upon — abandoning ideas of Zionism, socialism, national and biblical history along with culture and even the concept of abstraction from the previous decades. Using unconventional materials and techniques, these artists strove to portray their new ideas of what Israeli art should be. 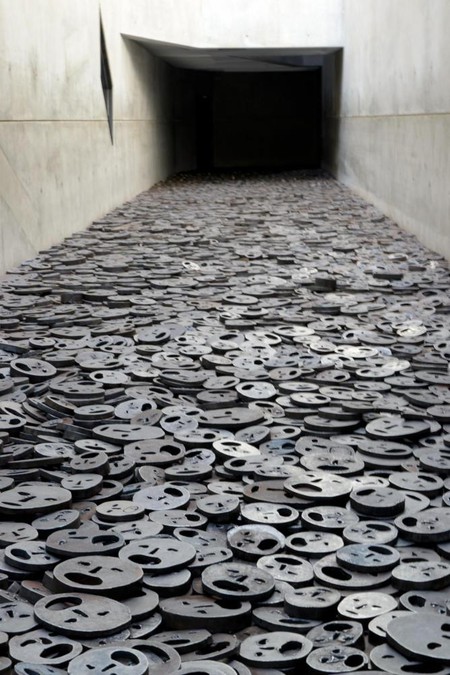 Towards the end of the 1970s, after the Yom Kippur War, Israeli art began to take a significantly more political stance. By the 1980s, art was often used as a direct form of protest or criticism, often to Israel’s growing militarism and to the ongoing conflict with the Palestinians. Another prevailing theme during this period was the Holocaust; many artists attempted to portray this dominant aspect of modern Israeli culture and to bring awareness to the lessening numbers of Holocaust survivors. 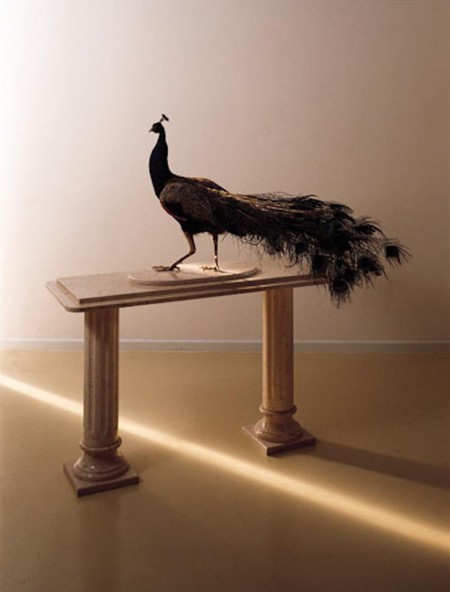 As Israel developed as a country, both industrially and economically, it began to open up more and more to the rest of the world. By the 1990s, Israel had most of the technology as the US and Europe, and naturally, this affected the art world. The contemporary Israeli art world is characterized by its internationalism; new technologies and ideas are constantly being introduced at an extremely fast pace. In the last 20 years, Israeli art has become extremely diverse and eclectic, with a constant flow of new artists exhibiting both in Israel and internationally. Remaining as relevant as ever, Israel has truly made a place for itself in today’s art world.