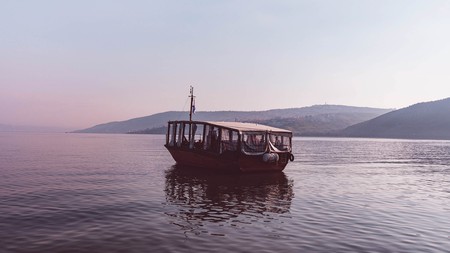 A visit to Israel would not be complete without a stop at the Sea of Galilee | © Dave Herring / Unsplash.com

Israel has long been known as the land of the Bible. There are countless places infused with deep religious and historical significance. Here’s the essential list of biblical landmarks this country has to offer, from the site of Jesus’s crucifixion in Jerusalem to the Sea of Galilee – where he walked on water. 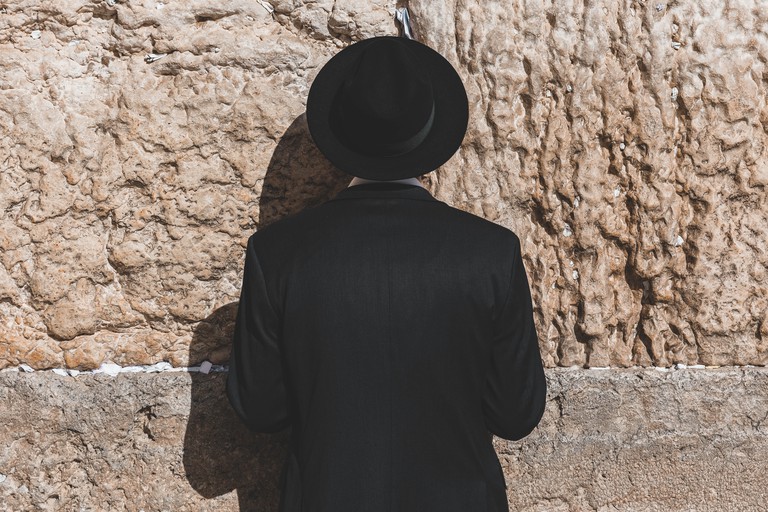 © Dave Herring / Unsplash.com
The Western Wall – or Kotel HaMaaravi in Hebrew – is considered by many to be the holiest site in the Jewish religion. It is the last remnant of the Second Jewish Temple, which was expanded upon by Herod the Great, and has heard the Jewish people’s prayers for centuries. Walking through the heart of Jerusalem, over the cobblestones and up to the wall, even the most cynical are moved by a combination of ancient history and religious fervour. While here, don’t forget to leave a note containing your deepest prayers in between the cracks of the wall. For a deeper exploration, you can take an underground tour of the wall’s excavated foundations, which paint a better picture of the sheer scale of the monument. 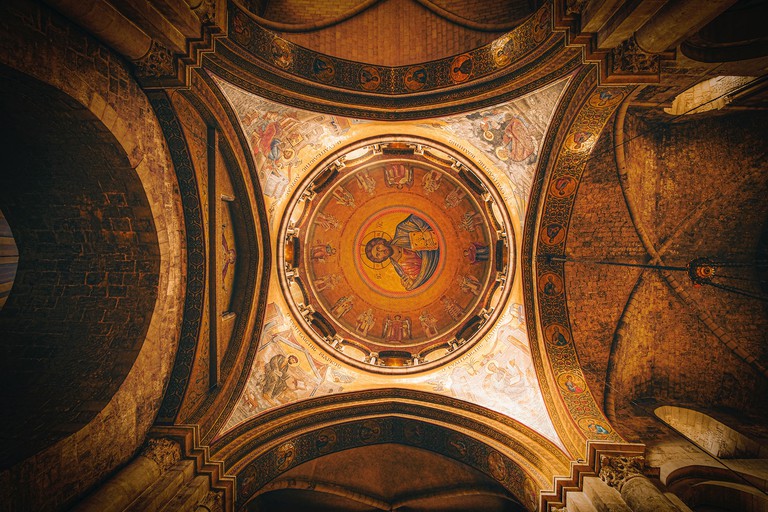 © Cristina Gottardi / Unsplash.com
Book Now
As you continue your spiritual journey, make a stop at the Church of the Holy Sepulchre, which is mentioned in all four canonical Gospels. Inside you’ll find the Calvary, the supposed site of Jesus’ crucification, and the Tomb of Christ – where he is thought to have been buried and resurrected. The magnificent architecture and beauty of the church are unmatched, and there is a palpable feeling of devotion throughout. At present, there are three principal communities that have jurisdiction over the church (Greek, Franciscan and Armenian), and there are always priests that are ready to hear confessions and administer the sacrament of Reconciliation. It is recommended to go at off-peak hours, as it can get crowded. Either way, this is not a place to miss. 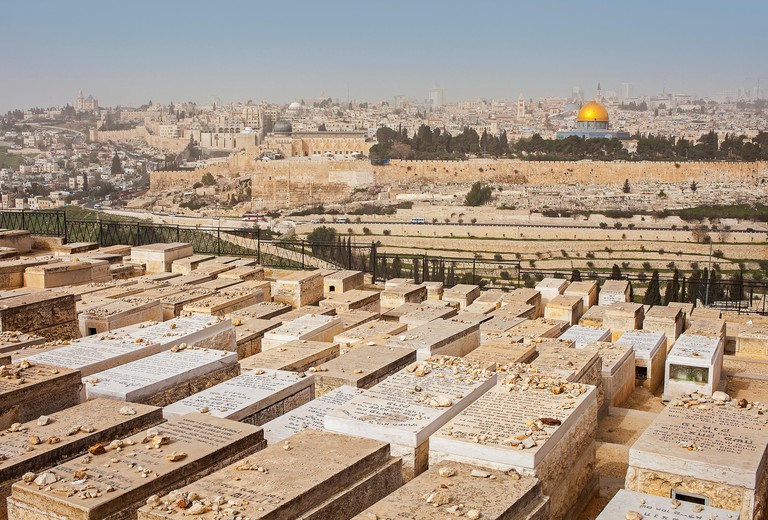 © Lucas Vallecillos / Alamy Stock Photo
Book Now
The Mount of Olives is an important site in both the Jewish and Christian traditions. Along its 2mi (3km) ridge to the east of Jerusalem’s Old City are three main summits. The mountain has served as a burial ground for the Jewish people for 3,000 years, and among the 150,000 graves there are the tombs of the prophets Haggai, Zachariah and Malachi, as well as many other notable rabbinical figures. The sacred nature of the mountain is touched upon in the Bible, where the Mount of Olives is mentioned frequently in the New Testament as the place Jesus stood when he wept over Jerusalem. A visit to this most sombre of spots should include the Dome of the Ascension and the Olive Trees of Gethsemane – the trees are among the oldest in the world and the gardens they occupy are said to be the place Jesus prayed before he was crucified. 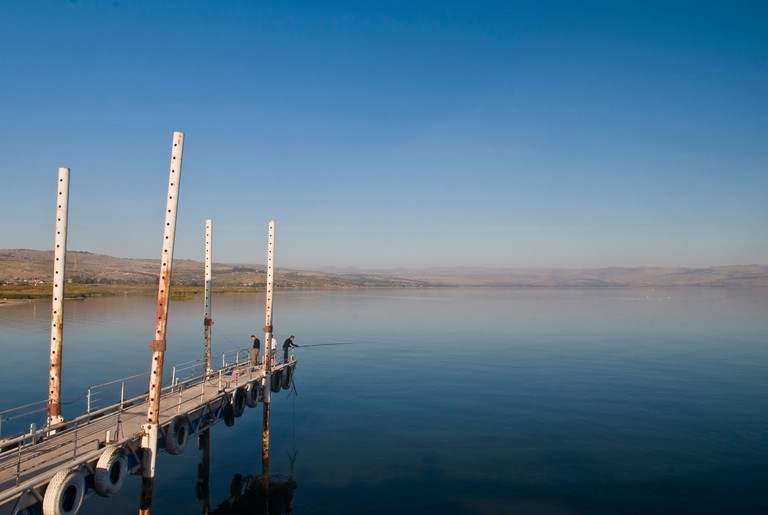 A visit to Israel would not be complete without a stop at the Sea of Galilee. This is especially true for those looking to learn from Jesus at the very site where much of his ministry took place. Four of Jesus’s apostles were recruited from the shores of the lake – Andrew, James, John and Peter had all been earning a living by fishing in the area. The Sermon of the Mount was given on the Mount of Beatitudes overlooking the lake and many of the miracles mentioned in the New Testament, including Jesus’s walk on water and the feeding of the multitude, are said to have taken place here as well. 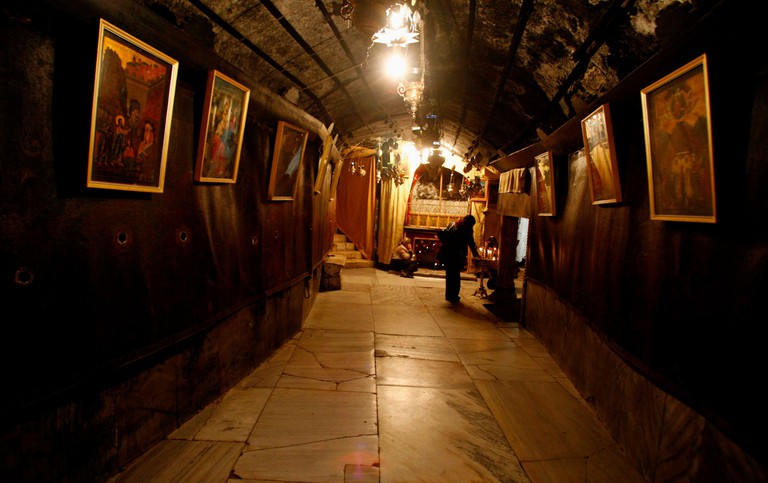 © REUTERS / Alamy Stock Photo
Book Now
The ancient city of Bethlehem is first mentioned in the Bible as the site of Rachel’s Tomb, where the matriarch Rachel was buried when giving birth to Benjamin. Based on the verse in Jeremiah, Rachel is seen as a natural protector of the Jewish people and as such, the tomb is a holy landmark in the Jewish tradition. Additionally, the Gospels of Matthew and Luke identify Bethlehem as the birthplace of Jesus. The Church of the Nativity is one of the oldest surviving Christian churches and has drawn Christian pilgrims in for centuries. After walking through the small entrance to the church known as the Door of Humility and following the pathways past the wall mosaics that date back a millennium, you will find yourself at the Grotto of the Nativity, the spot that has long been honoured as Jesus’s birthplace, and is thought to be the oldest continuous site of worship in Christianity. 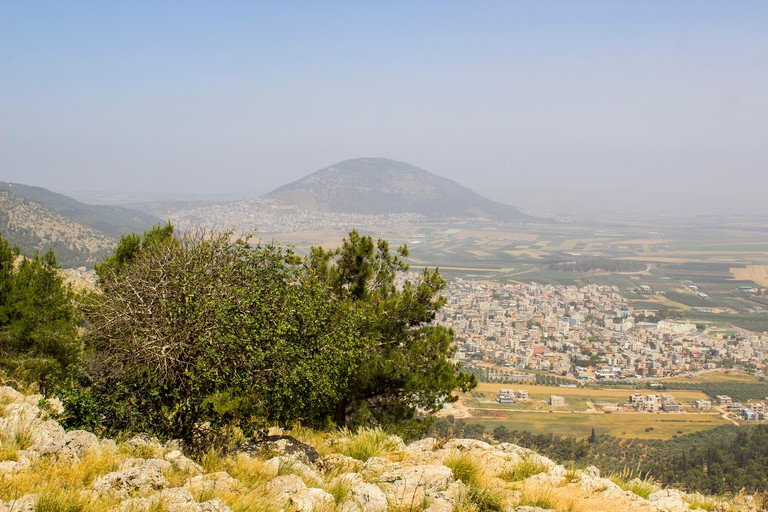 © Israel / Alamy Stock Photo
Standing at a peak height of 575m (1,886ft) and gazing over the Lower Galilee, it is easy to imagine the Israelites – under the leadership of Barak and Deborah – rushing down the mountain to vanquish the army of the Canaanites under the command of General Sisera. It was also at this site that Jesus is thought to have undergone his transfiguration, becoming radiant in glory. After a visually inspiring walk up the mountain, take a tour of the Church of the Transfiguration, a Franciscan church built in 1924, which contains a beautiful mosaic depicting the metamorphosis. If you head here on 6 August, the Day of Transfiguration in many church calendars, you will see the sun striking a glass plate that illuminates the mosaic, much as Christ was illuminated on that same peak. 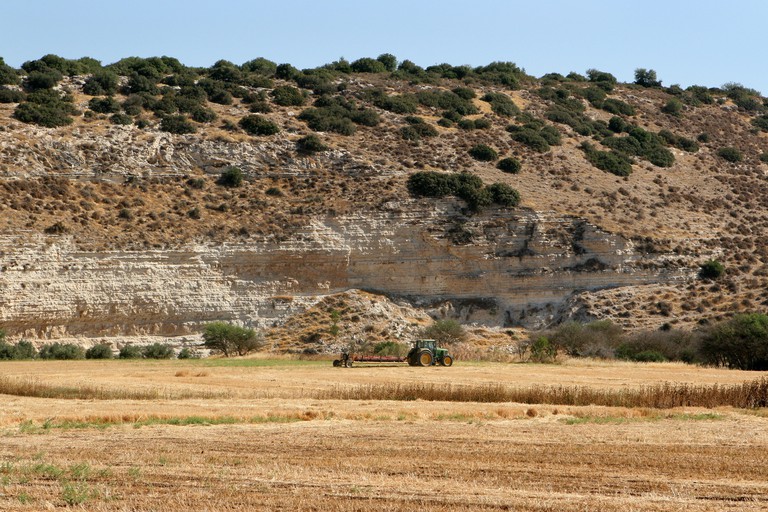 © Steven Frame / Alamy Stock Photo
It was here, among the Lower Hills of Judah, that the epic battle between David and Goliath took place. As with many places in Israel, armed with only a Bible, a map and a little imagination, it is easy to travel back in time here, and experience the story as if you were there. There are several sites mentioned in the Bible surrounding the valley that turn this classic day hike into a veritable leap into history. The name means “valley of the terebinth trees” and today, visitors can walk through fields covered with red anemones, sunflowers and multicoloured lupins. 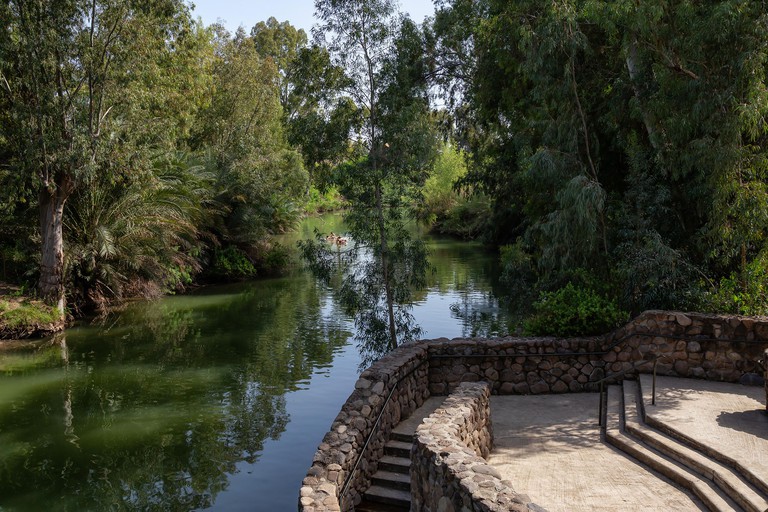 © Edgar Bullon / Alamy Stock Photo
The Sea of Galilee could not exist without the Jordan River feeding into it, and this is also an important landmark for both Jewish and Christian people. The ancient Israelites first crossed near Jericho under the leadership of Joshua, and the miracles of Naaman the Leper, Elijah and Elisha recorded in the Bible occurred here. Jesus was, of course, baptised in the Jordan River by John the Baptist, and the baptismal site can be visited, although the site is just across the border in Jordan. 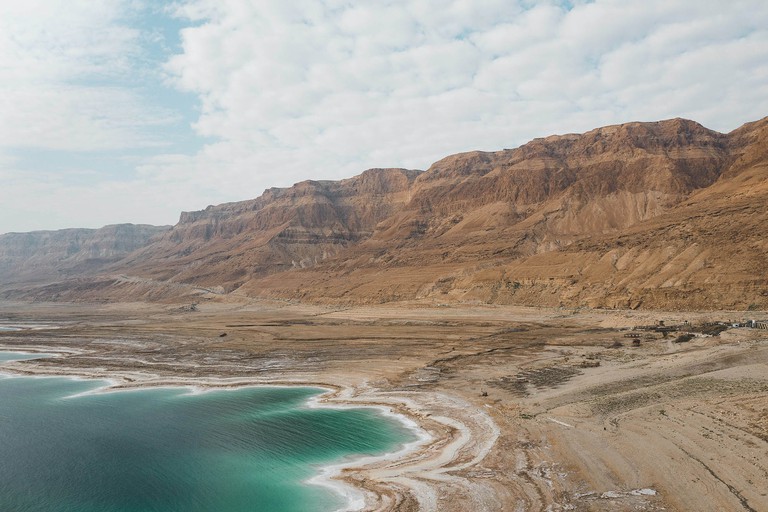 © Dave Herring / Unsplash.com
The annihilation of the city of Sodom, as it is relayed in the Bible, is a story that has fascinated people for centuries, and has caused the name to become synonymous with sin and destruction. The Mountain of Sodom, made up almost entirely of rock salt, is located on the southwest side of the Dead Sea, and the 10km (6mi) walk up the mountain will treat you to some extraordinary, totally unique views. Be sure to catch Lot’s Wife as she juts out from the mountain, stuck there for eternity as a pillar of salt.
Give us feedback