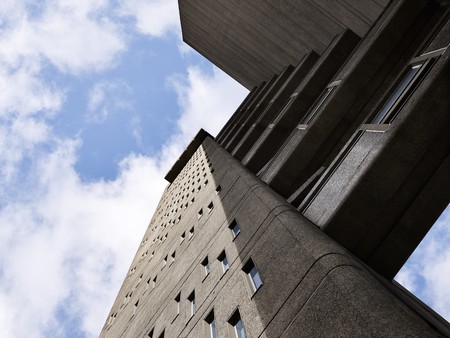 Balfron Tower stands like a sentinel over its forgotten patch of East London. Completed by the legendary Hungarian architect Ernö Goldfinger in 1967, the building – a hunk of raw concrete overlooking the Blackwall Tunnel – often plays second fiddle to its younger sister the Trellick Tower in the west of the city. But despite never receiving the same admiration as its West End relative, Balfron was vital in shaping the future of high-rise living in London. 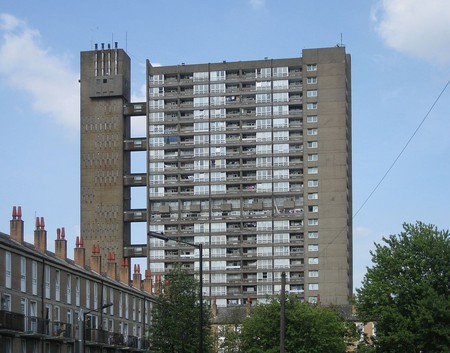 Goldfinger called Balfron “the building I’ve wanted to build my whole life”, even moving into the tower on completion to better understand the needs of its residents. Goldfinger and his wife held lavish champagne-fuelled parties in Flat 130 on the top floor, inviting residents to discuss how their homes could be improved – learnings that influenced Trellick’s design, from “the time it takes to obtain a lift” to “the amount of wind whirling around the tower”. 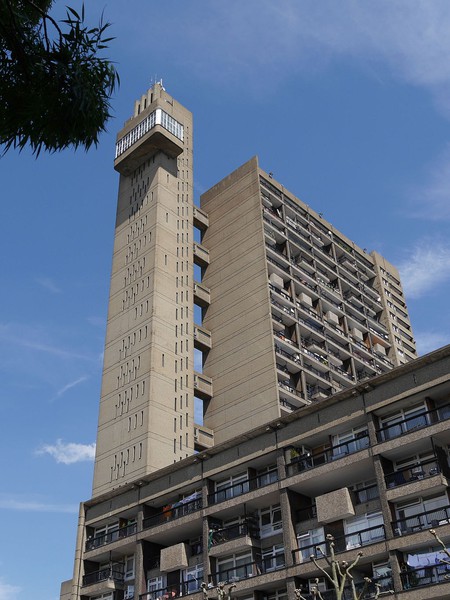 Goldfinger viewed architecture as a tool for social good, imagining the building as a way to rehouse a community street by street. The onus was on liveable space, which Goldfinger achieved by housing the building services in a separate tower joined by a series of walkways. These “streets in the sky” gave Balfron its distinctive profile and Goldfinger replicated the model when designing Trellick in the 1970s.

The shared spaces in the service tower alleviated the pressure on the two-bed flats by offering a communal kitchen and dining room, and even a designated “jazz/pop room”, together with a cinema, library, workshop, gym and generous communal roof terrace. 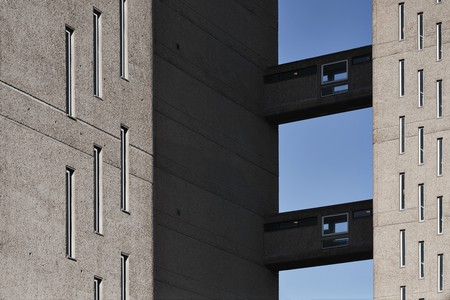 Balfron was built at a time when social housing was valued just as much as any other type of building, becoming a concrete symbol of the welfare state along with other residential blocks such as those on the Alexandra Road and Robin Hood Gardens estates. Goldfinger’s design adhered to Franco-Swiss architect Le Corbusier’s Modernist principles of “Soleil, espace, verdure”, with the belief that building vertically without necessarily increasing the density could be a solution for the mass population. 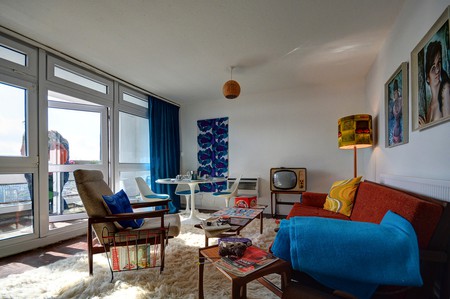 However, as the state retreated from large-scale housing projects in the following decades, the building fell into disrepair. But cities and fashions change and the qualities that originally made Balfron such a successful project – spacious, airy apartments and on-site amenities coupled with period character – have recently prompted a wholesale reappraisal of the building. Once a beacon of the welfare state, the tower is being transformed into luxury flats by Londonnewcastle, which has worked with architects Studio Egret West and Ab Rogers Design. The developers were keenly aware of their responsibility to maintain the integrity of Goldfinger’s design, serving as “guardians” to reinvigorate one of London’s best post-war buildings. “Balfron Tower is as important as a Renaissance cathedral – it marks a moment in architectural history,” says Ab Rogers of Ab Rogers Design. 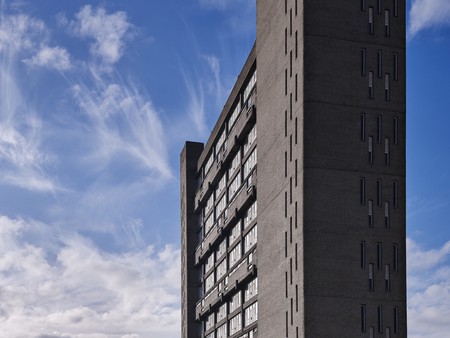 While the layouts of the existing flats have been altered to provide homeowners with more open-plan living space, the basic layout of Balfron remains. The design team has respected the original building by using carefully selected palette of materials based on painstaking research of Goldfinger’s archives. One of each of the six different types of apartments will be preserved as “heritage flats”, including Goldfinger’s Flat 130, while the other 140 homes will be receive a more contemporary finish. 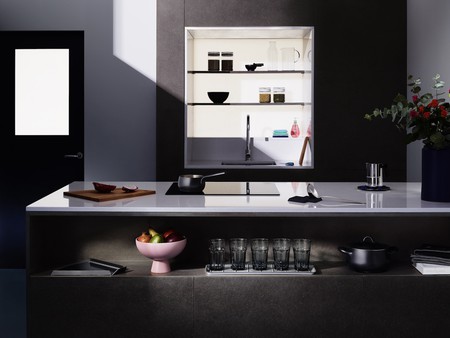 “Without losing sight of Ernö Goldfinger’s original design intent, we will restore the tower for the next chapter of its life,” adds Neville Brody of Brody Associates, who worked on the typography for the project. “The new homes will offer buyers a strong link to the heritage of this area, in a part of London that is now undergoing major growth and redevelopment.”

Whether Balfron Tower should have remained a social housing block as Goldfinger intended will continue to be debated, but what’s indisputable is that London’s Brutalist icons are now becoming some of the capital’s most sought-after real estate, with the post-war utopian vision just as relevant now as a model for high-rise living as it was in the 1960s.