The Best Hotels to Book near Anglesey Abbey 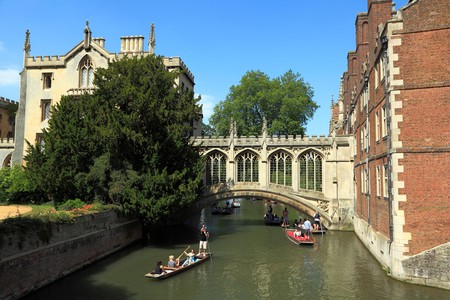 Just outside Cambridge, England, this former priory draws visitors for its lush, rosebush-filled gardens and proximity to the university city’s own attractions. These hotels are near Anglesey Abbey and Cambridge itself, and are all bookable on Culture Trip.

Anglesey Abbey – a Jacobean-style National Trust property – has 46ha (98 acres) of idyllic gardens and landscaped grounds, a working mill and an atmospheric country house in which to indulge your Downton-esque fantasies. The Abbey is close to the village of Lode and just a short drive from the historic city of Cambridge. This means that the area is well served by accommodation options – from countryside inns to swish modern hotels – leaving you plenty of choice when it comes to curating your perfect weekend stay, whether that’s in Cambridge itself or in a more rural spot. Either way, you’ll find – and book – your perfect stay with Culture Trip. 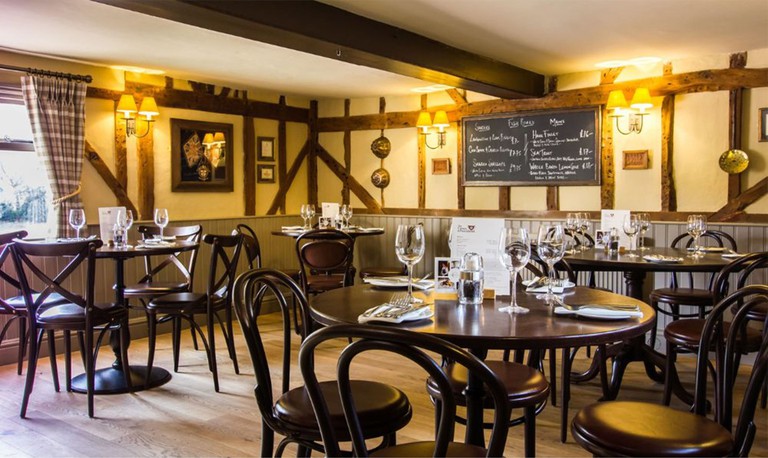 Courtesy of Crown and Punchbowl / Expedia
Originally a coaching inn built in the 17th century, The Crown & Punchbowl is now a Grade II-listed building with brick fireplaces, timber beams and a healthy dose of historic charm. Check out the seasonal menu, featuring fresh fish delivered daily, before enjoying a night’s stay in one of the hotel’s nine double rooms. Four of them are named after Alan Turing, Rosalind Franklin, Stephen Hawking and Jane Goodall, all of whom held a close connection to Cambridge. 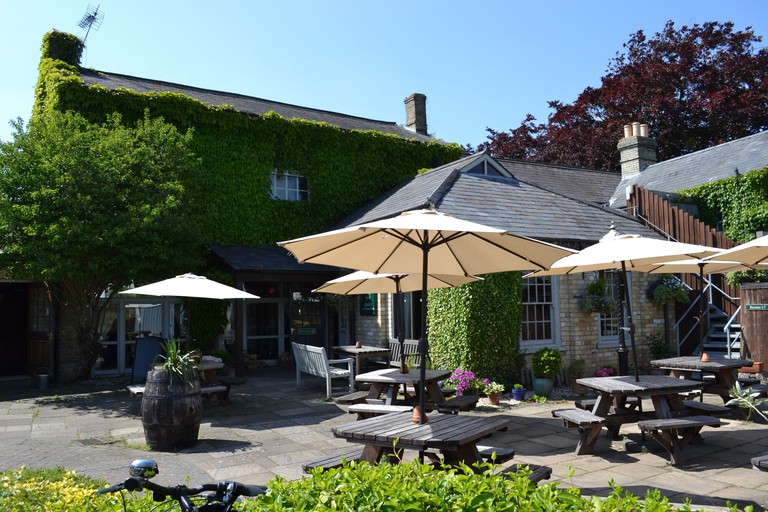 The White Hart Country Inn | Courtesy of The White Hart Country Inn / Expedia
Just 6.4km (4mi) from Cambridge is the pretty village of Fulbourn and this traditional inn. It’s roughly equidistant between Anglesey Abbey and Duxford Airfield, Europe’s largest air museum, and close to the Chilford Hall Vineyards – meaning that the hotel offers proximity to a range of attractions. It’s also adults only, so treat your significant other to a romantic evening meal in the old coaching inn, with its oak beams and open fire, before decamping to the cosy bar or (weather permitting) spacious beer garden. 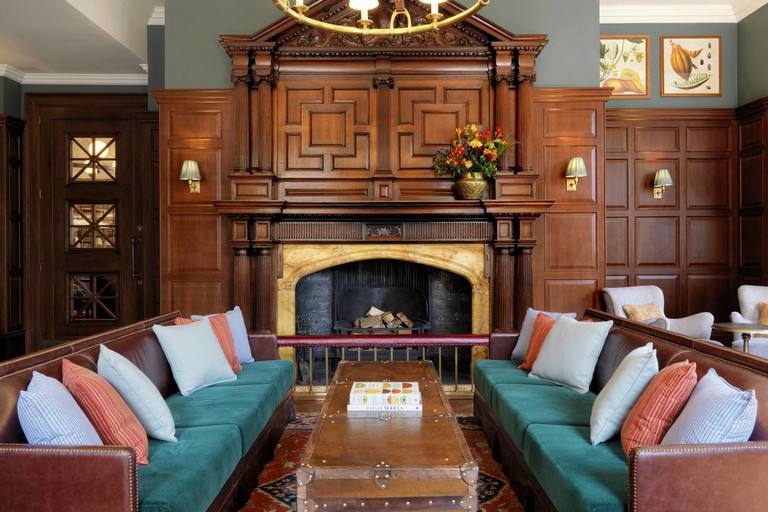 Courtesy of University Arms Hotel, Autograph Collection / Expedia
Recently redesigned by architect John Simpson and interior designer Martin Brudnizki, this place should be your go-to bolthole for exploring the centre of Cambridge. Blending Edwardian tradition with modern style, many of the rooms at the luxury accommodation offer views of Parker’s Piece – an attractive common said to be the birthplace of modern football. If you’re more of a bookworm than a footie fan, it’s all good. Many of the hotel’s suites feature individual libraries curated by Mayfair bookshop Heywood Hill. 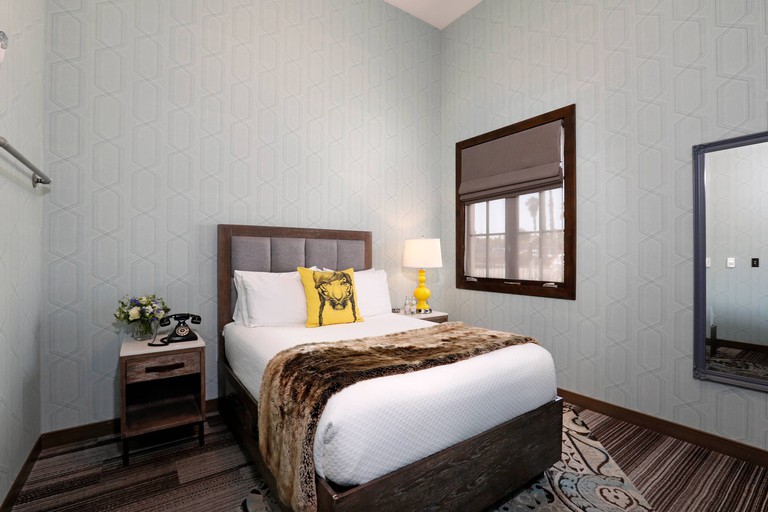 The Waterman | Courtesy of The Waterman / Expedia
This is the ideal retreat for trying your hand at the iconic Cambridge pastime of punting, thanks to its location right on the River Cam. Close to Jesus College, the hotel makes an ideal base from which to explore the city’s university buildings on foot – or by bike, as the local students do. Take the opportunity here to indulge in other student habits: there’s live music and a bustling beer garden, with an array of craft beers and ciders on tap, and gourmet burgers on the menu. 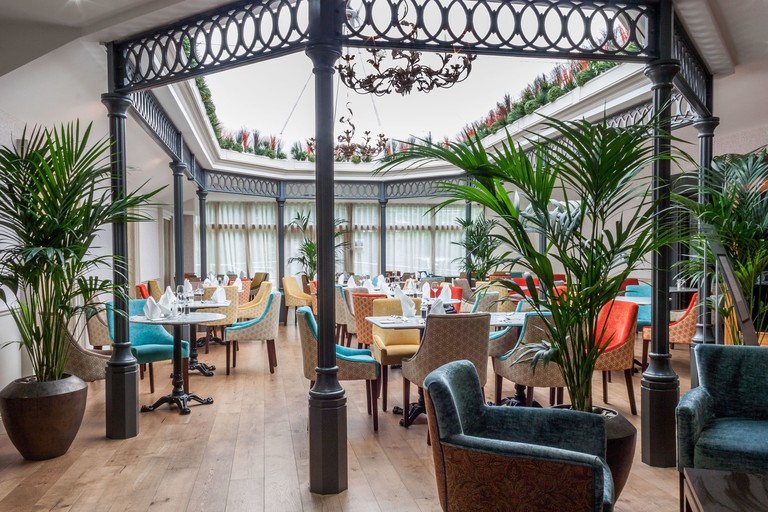 Courtesy of Gonville Hotel / Expedia
A hotel with croquet on the lawn and its very own Victorian Villa (now refurbished into a wellness centre) is the very definition of posh, Cambridge-style. The hotel overlooks Parker’s Piece common, and all its guest rooms feature a valet system via an Apple iPad as well as upmarket Green & Spring amenities as standard. Then, the spa offers a range of treatments including massage and facials in a tranquil, floral setting that’s reminiscent of an English country garden. 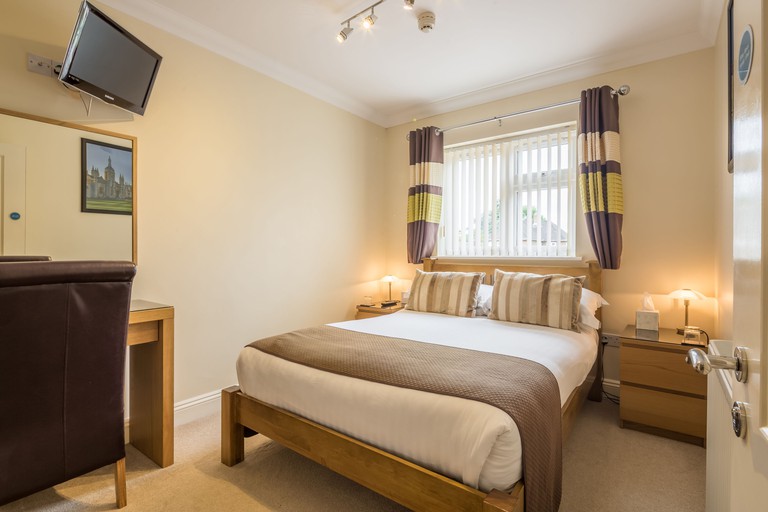 Autumn House | Courtesy of Autumn House / Expedia
Close to Cambridge Airport, Autumn House is perfect for rubbing shoulders with travellers from all over the globe. Its shared lounge area fosters a convivial atmosphere while the hotel itself is just over a mile from the bustling city centre of Cambridge. Cook up your own meals in the shared kitchen, to take your time over on one of two dining tables in the communal area. It’s also just a short drive from Anglesey Abbey, so those flower-filled gardens are practically on the doorstep of this home-from-home. 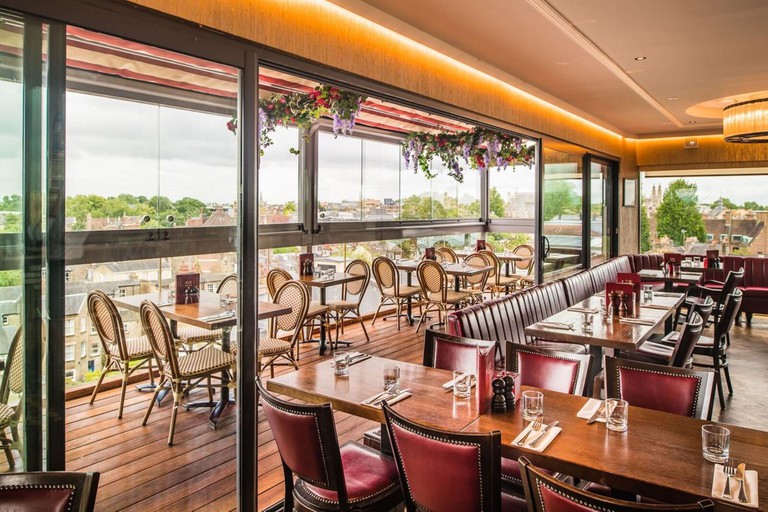 Courtesy of the Varsity Hotel and Spa / Expedia
This classy boutique hotel has a secret: its roof terrace, now considered a Cambridge landmark, offers spectacular views of the city, best enjoyed with a cocktail or two. Just below the rooftop is Six (opened following the success of the rooftop bar), a restaurant offering more than 30 gins and juicy slabs of steak alongside 360-degree views of the Cambridge skyline and its historic university buildings. You don’t need a PhD to know that’s a formula for a great stay. 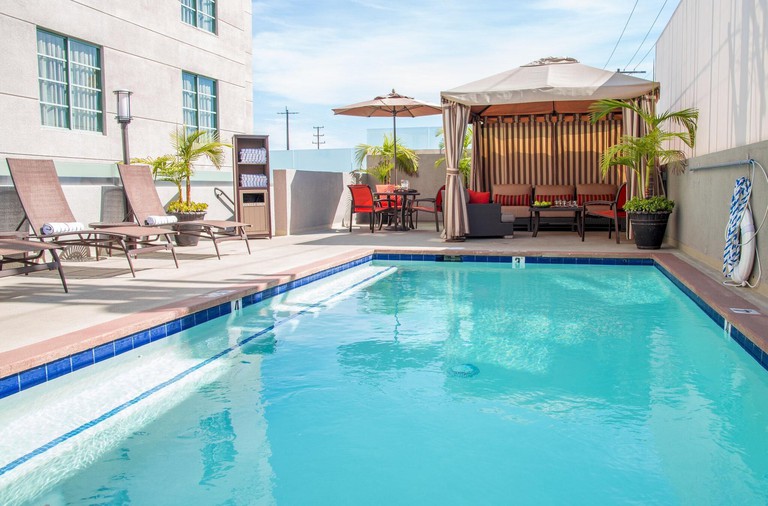 The Orlando | Courtesy of The Orlando / Expedia
Just a couple of minutes from Cambridge train station, The Orlando is your ideal launchpad to explore the city centre and its many famous colleges. Named after the Renaissance composer Orlando Gibbons, the hotel has eight rooms that each come with private ensuite glass-walled bathrooms and subtly elegant interiors. The writing desk in each room makes it a good choice if you’re travelling for work or simply want to channel the city’s scholarly vibes – without losing out on The Orlando’s comforting, homey feel.

While famed for its centuries old university, nearby Cambridge is also a cultural hotspot. Immerse yourself with a stay at one of the best bed and breakfasts in the city or choose a more luxury hotel option, bookable now with Culture Trip. Nature is also on offer so why not enjoy everything there is to do at the lakes in and around Cambridge; take a look at some of the beautiful gardens while you’re at it. Don’t forget food, though, as there are plenty of quintessentially English pubs just waiting for you.