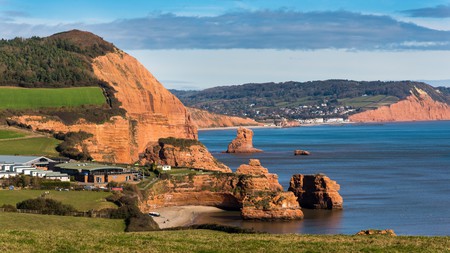 Kayaking and paddleboarding are popular at Ladram Bay, but it's not a bad spot for a picnic either | © Paul Martin / Alamy Stock Photo

We take you on a trip to the English Riviera to show you that for UK travellers, holidays don’t have to be abroad. From Woolacombe to Barrican, a staycation on your doorstep awaits. Here are the top beaches to visit in Devon.

Let us handle the details and take you to the best beaches and natural beauty spots in Devon, by joining our small-group tour of the region, led by a local insider. 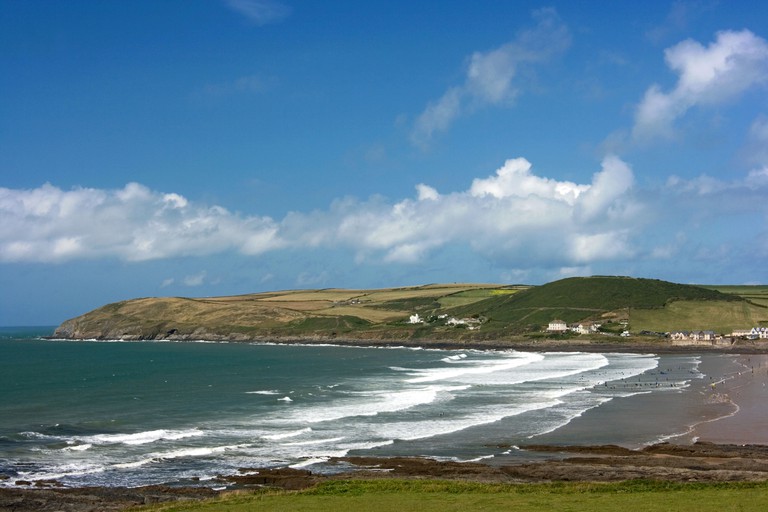 © Peter K.Lloyd / Alamy Stock Photo
One of the most popular beaches in North Devon, Croyde Beach is smaller than some of its neighbouring stretches along the coast, but it’s always bustling. It is the most famous surf spot in North Devon and it has wildlife-filled rock pools either end of the golden strand. Baggy Point rises high in the near distance for those mid-afternoon walks, and there’s an endless stretch of dunes to bound along while the sun is setting. Public footpaths make the village accessible from the beach. For a real photographer’s treat, try strolling to Down End for that picture-perfect landscape shot. 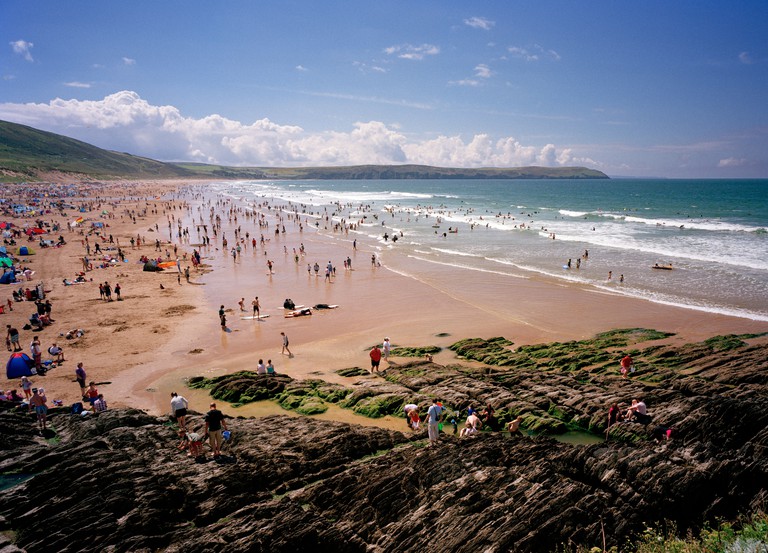 © Tony Watson / Alamy Stock Photo
An epic 3mi (5km) swathe of glistening sand that runs into Putsborough Beach, Woolacombe is a longtime favourite with families and young people. It’s lined with beach and surf hire huts, a bouncy castle and a huge boat-swing. Rent one of the colourful beach huts for a day for a barbecue while relaxing on the complementary deck chairs. 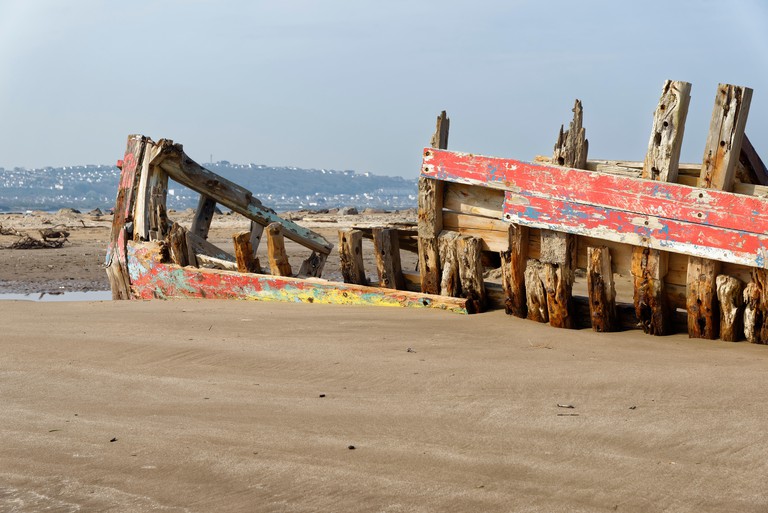 © Martin Fowler / Alamy Stock Photo
Buried within Braunton Burrows, the Unesco Biosphere Reserve of Crow Point is popular with fishermen, birdwatchers and campers – yet you can feel like you’re the only person on this winding stretch of sand on the North Devon coastline. During the summer months, boats moor here while the tide is low before sailing to Appledore using the ancient Taw-Torridge Estuary ferry crossing. It’s an ideal spot for camping, jet-skiing, kayaking and dune adventures. Take your bike and cycle to Crow Point from the nearby Braunton Village. 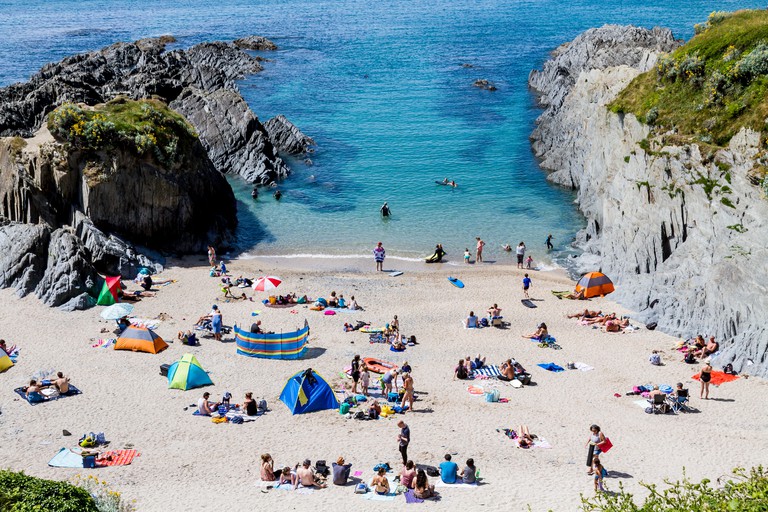 A gorgeous cove a stone’s throw from Woolacombe beach, Barricane is minuscule in comparison but its pebble shores are just as popular. With calmer waters and enveloping cliffs, it’s a haven for sea-swimmers and cliff-jumpers. It’s also undeniably one of the most beautiful sunset spots in North Devon. If you’re feeling romantic, share a home-made Sri Lankan curry from Barricane Beach Cafe with your significant other and watch the sun go down. 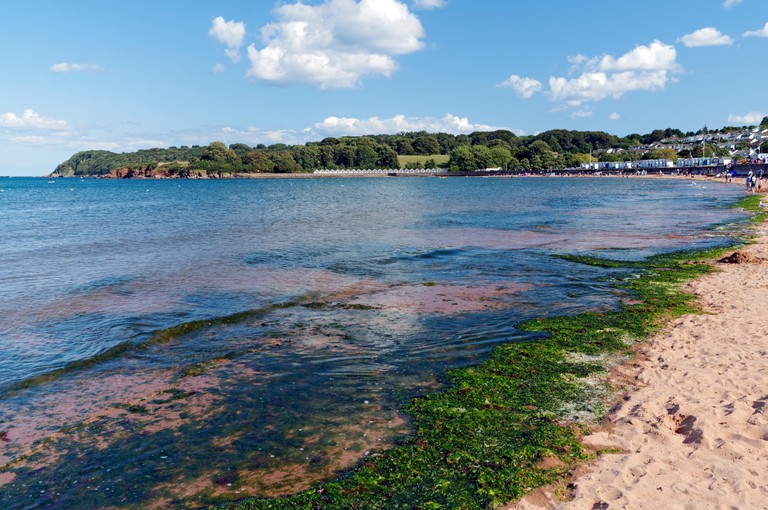 © graham bell / Alamy Stock Photo
Secrecy is the main draw to this double-fronted cove. Clear turquoise waters and elusive sea caves are engulfed by the towering foliage, hiding you from the less observant eye. A stop-off point on our curated six-day trip to Devon, Broadsands is an unspoiled cove that rarely feels the weight of human feet. The steep steps down to the beach seem to warn off the less-intrepid. Swim to the south of Broadsands, past Turks Cave, and marvel at Golden Cove. There’s even an island lookout to climb on. 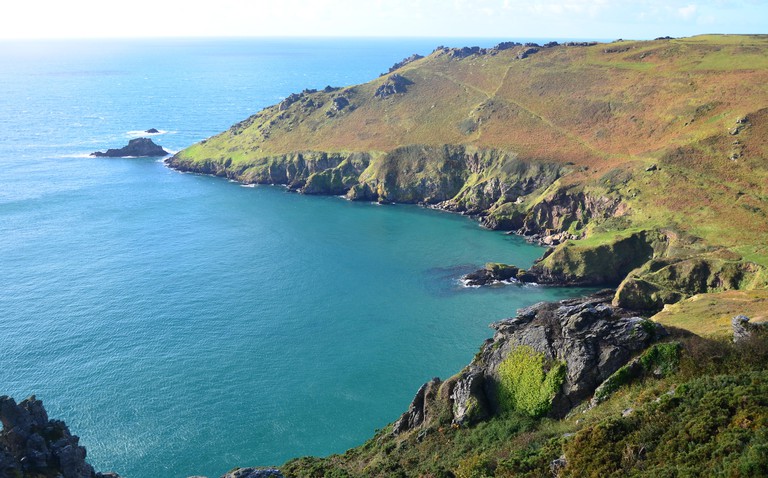 © Prisma by Dukas Presseagentur GmbH / Alamy Stock Photo
Nestled within Prawle Point, a wild and rugged headland, this coastline pearl is the best of a trio of white coves along the southern shoreline. Slightly off the beaten track, Moor Sands – also known as Venerick’s Cove – is a naturist’s sanctuary thanks to its seclusion. The beach is composed of tiny round white beads of quartz rock; don’t worry, they won’t hurt your feet when you drop onto the beach from the cliff-side with the help of a rope. 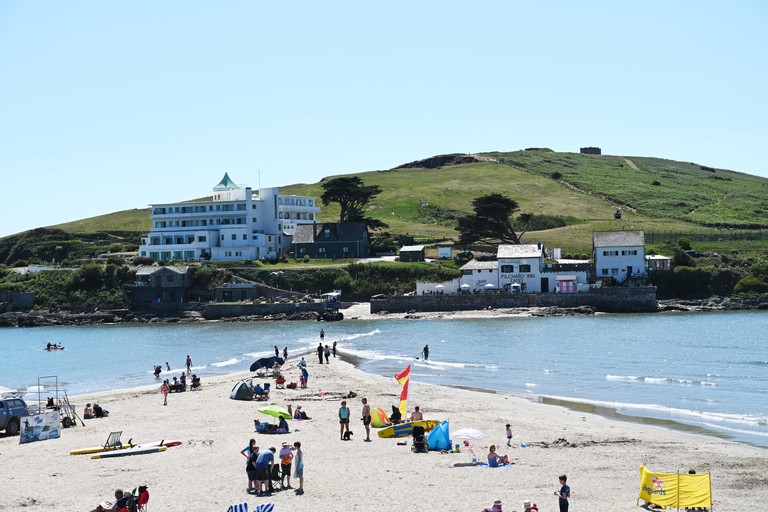 © Kevin Harding / Alamy Stock Photo
A spot of extreme natural beauty, Bigbury on Sea is an idyllic spot for a relaxing getaway. As the shallow water laps the sandy shores, windsurfers and kite flyers move alongside jet-skiers and paddleboarders, with the beautiful Burgh Island as the backdrop. Burgh Island is Bigbury’s most famous landmark and at low tide the island is accessible by foot over a causeway that links it to the beach. When the tide is in, hitch a ride with the popular sea tractor for a cream tea in the award-winning 1920s-style hotel on the island. The beach itself is home to a cafe that specialises in organic and locally sourced foods. 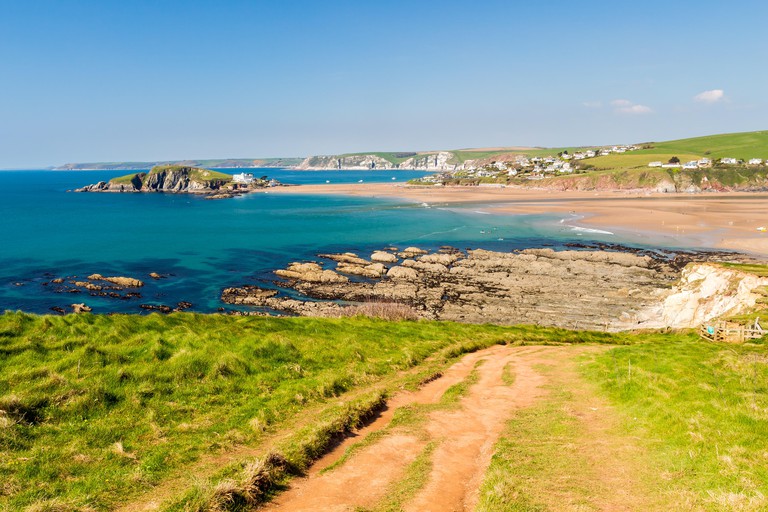 © ian woolcock / Alamy Stock Photo
A fierce competitor in the battle to be named the most beautiful beach in Devon, Bantham is part of a designated area of outstanding natural beauty. It’s the premier surfing spot in South Devon, the shallow waters welcome beginners, while the mouth of the River Avon spits out rips that will challenge even the greatest wave-riders. 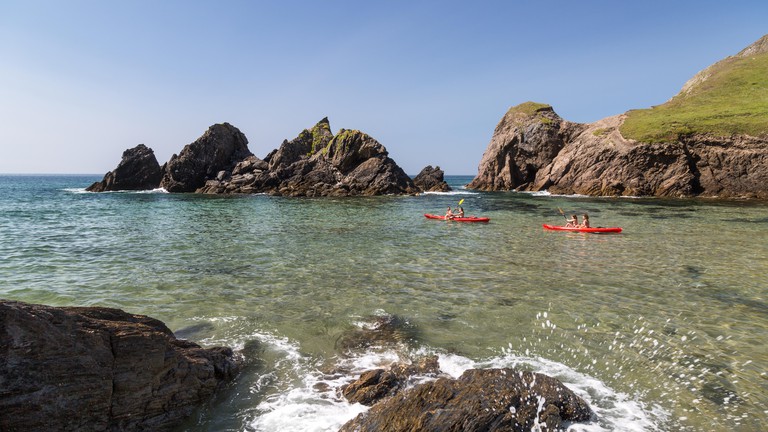 © Stephen Tattersall / Alamy Stock Photo
Soar Mill is a secluded cove nestled beneath the towering crags of Bolt Head. Rocky islands rise out of the sea, casting shadows in the glistening wet sand as the sunshine ebbs behind the landscape. The beach is accessed from a wildlife-lined coastal path, and is dotted with rock pools where you can crab watch as the last glimpses of sunlight shimmer on the water’s surface. There aren’t any public amenities at Soar Mill Cove so pack a picnic, a blanket, and maybe even a tent if you’re feeling adventurous. 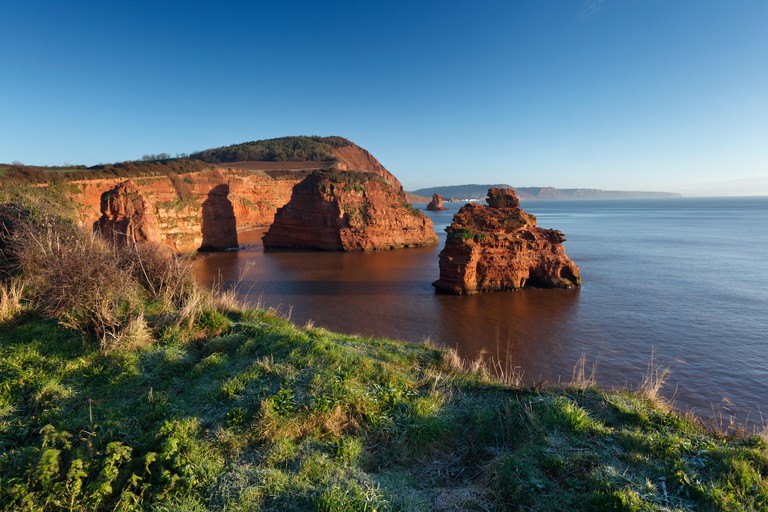 © James Osmond / Alamy Stock Photo
Ladram Bay features exotic nature with turquoise waters, pebble shores and sandstone pancake rocks that rest just below the low tide mark – a phenomenon that’s exclusive to this bay. Sheltered from the wind by the red stone giants behind the bay, it makes this a great spot for kayaking, paddleboarding or even just lazing the summer days away on a lilo. There’s a caravan park to the rear of the bay with a pool, quirky caravans and entertainment. Who needs a trip to Spain when you have Devon?
Give us feedback