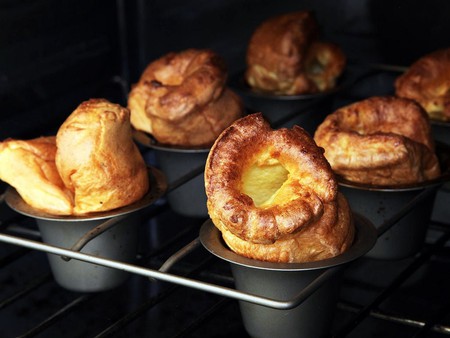 The Yorkshire pudding used to be served as one large, rather flat slab, but nowadays individual pudds are more common | © Paul Townsend/ Flickr

The Yorkshire pudding – which is essentially a savoury pancake – is the pride of the north. Served up as an essential accompaniment to that most British of meals, the Sunday roast, it’s quintessentially British – even when it’s been bastardised by London street food vendors who serve it oversized, wrapped around a meat and veg filling. However which way you enjoy it though, there’s probably plenty you still don’t know about the humble Yorkshire pudding.

There used to be an annual Yorkshire pudding race

Dreamt up by Simon Thackray of The Shed back in 1999, each year used to see the delightfully kooky Yorkshire Pudding Boat Race competitors take to the waters of North Yorkshire. Brave participants would load themselves into their pudding boat and off they’d float. And, yes, each boat was really made of just flour, water and eggs!

Hot fat is the secret to a great Yorkshire pudding

Most people’s relationship with Yorkshire puddings doesn’t go further than a bag of frozen Aunt Bessie’s, but if you want to try your hand at making a Yorkshire pudding a northerner would be proud of, the secret lies in the oil. Before spooning in your batter, the tins must be oiled and placed in the oven beforehand—you want to see a sizzle as the batter drops! Another hotly debated ‘tip’ is whether the batter should be refrigerated overnight too, but we’ll leave that decision down to you. 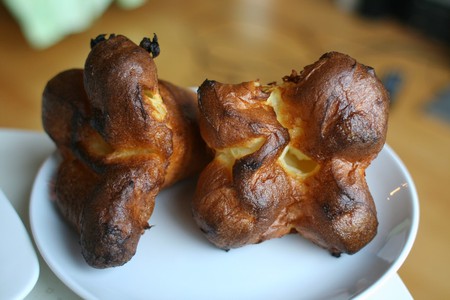 We mentioned above that a Yorkshire pudding basically uses the same ingredients as a pancake, or crêpe: eggs, flour and milk. It makes sense then that leftover puddings (is there such a thing?!) used to be eaten with a swipe of jam or glob of syrup for afters. Some places intent on ‘reinventing’ the classic pud to this day may even try and convince you that it should be enjoyed sweet. Each to their own!

Earliest mention of the Yorkshire pudding was in the 1700s

While Doctor Who supposedly laid claim to the invention of the Yorkshire pudding on a recent episode, the truth is that the first recorded recipes seem to date back to the 18th century. One that’s often talked about is that by Hannah Glasse in The Art of Cookery Made Plain and Easy from 1747, while some sources put the pudding at 10 years prior in a book called The Whole Duty of a Woman. Then there’s Mrs. Beeton, who only got in on the pudding act in 1866!

Interestingly, Yorkshire puddings haven’t always been known as such. They were first known as ‘dripping puddings’, as recorded in that aforementioned 1737 cookbook. Why? Because they were originally made from the dripping that fell from the meat as it was roasted over the open fire. Ingenious home chefs thought to put the raw batter in a pan right beneath this, so as not to waste the meat fats and to add flavour to the pud.

Before there were ‘puddings’, there were ‘puffs’…Yorkshire puffs to be precise. While the original dripping puddings were made in a sheet before being cut up and eaten, our modern-day puddings usually come as individual serving. However, back in the day, these petite puds were called ‘puffs’!

The Yorkshire pudding used to be served as one large, rather flat slab, but nowadays individual pudds are more common | © Paul Townsend/ Flickr

Founded by the Yorkshire pudding expert and two-time pudding making champ, Christopher Blackburn (from Yorkshire, of course—where else?!), Yorkshire Pudd is a one-stop source of information for anyone keen to know more about puddings and other Yorkshire delicacies.

A Yorkshire pudding must be four-inches tall

A Yorkshire pudding that ‘flops’ when you take it out the oven is a tragedy only on a par with dropping your biscuit in your tea. And according to the experts, a flat Yorkshire pudding is no pudding at all. Rather, a proper pud should stand a proud four-inches tall.

Not only did Yorkshire puddings used to be served sweet as well as savoury, they also used to be standalone dishes in their own right, rather than accoutrements to the roast dinner. This is likely as they, for one, used affordable ingredients which were easy to find, and two, helped fill up large families without the need to buy lots of costly meats. 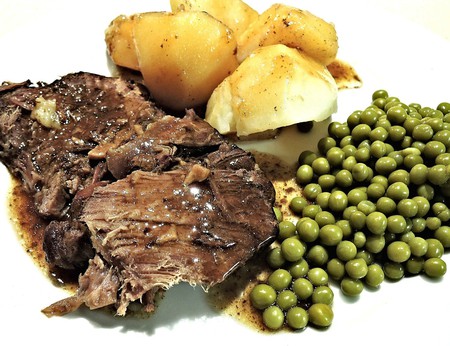 Roast beef is the traditional accompaniment now, but Yorkshire puddings used to be served on their own too | © pixel1/ Pixabay
Give us feedback