Just because it’s the financial and business capital of Zurich, that doesn’t mean there’s not plenty to do in and around Zurich. From quiet, peaceful parks, to quirky shopping areas in refurbished industrial sites, the city has a lot to offer everyone. Here are 20 of the must-visit attractions that you can’t afford to miss out on.

Head to the Lindenhof district on the left bank of the Limmat river, here you are in the heart of the city’s old town. Many of the city’s must-sees (Grossmünster, Fraumünster, the Peterskirsche and the Bahnhofstrasse) are found within its streets.

Many decades ago the Paradeplatz was a livestock market, now it’s the home to banking headquarters and has become one of the most expensive pieces of real estate in Switzerland. Located at the heart of the Bahnhofstrasse, the square is also the site of a perilous X-crossing for trams which looks like an accident waiting to happen. 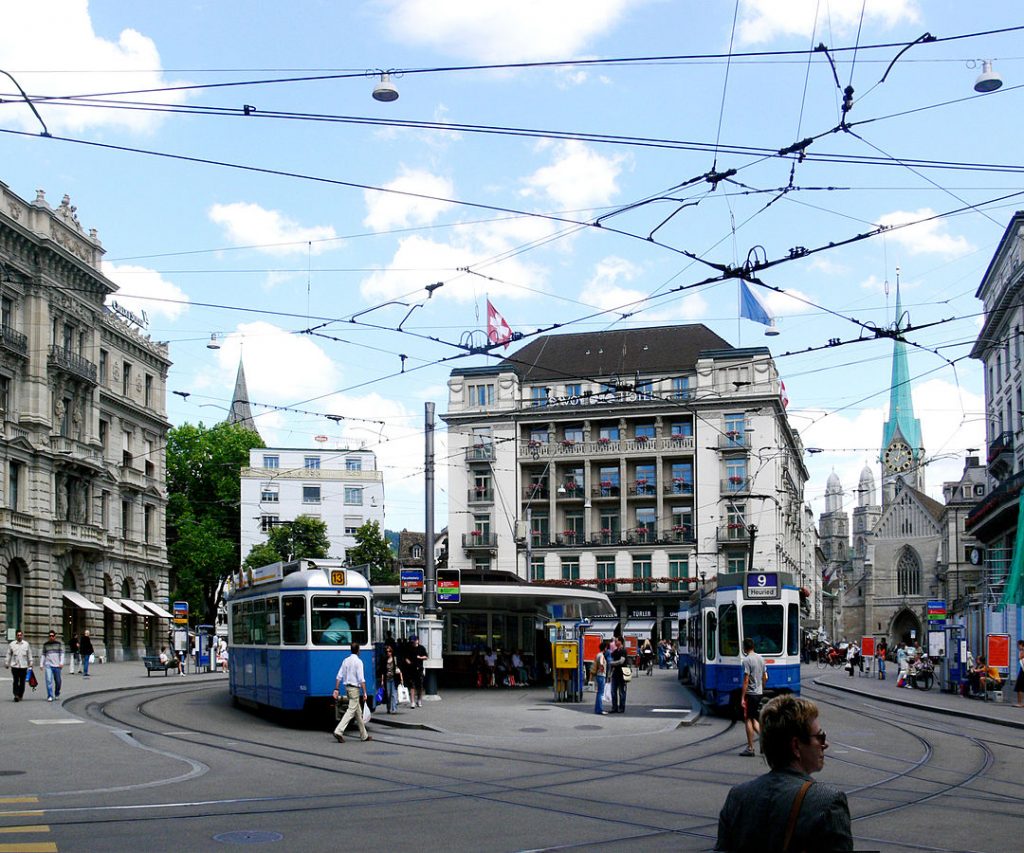 Home to Zurich’s opera since 1891, the building’s interesting neo-classical design features busts of famous musicians, poets and playwrights; Shakespeare, Mozart and Wagner are just a few of the faces that can be seen. The Opera House is also the home of ballet in the city. It always has a wide array of shows and performances lined up, often for decent prices.

Kunsthaus Zurich
Museum
Zurich’s Kunsthaus contains over 4,000 works of art and is the best place in the country to explore Swiss artists. Alongside the homegrown talent, the Kunthaus features plenty of works by world-famous artists as well. A few hours here would not be wasted.
More Info
1 Heimplatz, Kreis 1, Zürich, Zürich, 8001, Switzerland
+41442538484
Visit website

Head to the top of Zurich’s local mountain, the Uetilberg, to take in panoramic views of the city, Lake Zurich and the not too distant Alps. Uetilberg is accessible all year round, but it’s recommended in the spring when the mountain flowers begin to blossom.

It may not have the allure of the glitzy Bahnofstrasse, but the Viadukt has more charm. Shops and restaurants of all kinds nestle under the archways of a railway viaduct, turning an otherwise bland industrial scene into a quirky shopping street worth exploring.

There is no better way to enjoy Lake Zurich than along the lakeside promenade. During summer it’s always busy with skaters, cyclists and people just out for a stroll. Along the promenade there are great views to be seen from the Bürkliplatz, while towards the Seefeld quarter is the splendid Chinese Garden.

Rieterpark
Museum, Park
Visit Zurich’s Rieterpark, a sprawling open space that is Zurich’s biggest public park. On clear days the Glarus Alps glimmer on the horizon. The Museum Rietberg is also housed in an 19th century villa near the centre of the park and contains a unique collection of art from around the world.
More Info
District 2, Zürich, Zurich, 8002, Switzerland
+41444122405 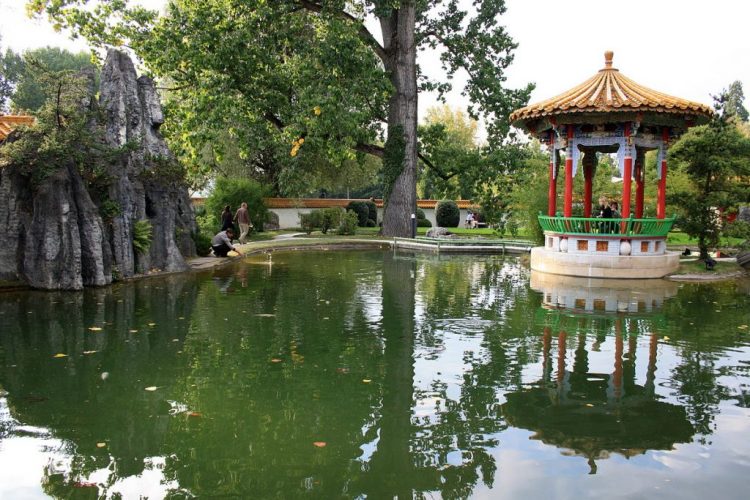 Gifted to the city in 1993 by its Chinese partner town Kunming, Zurich’s Chinese Garden is dedicated to the “three winter friends” of pine, bamboo and winter cherry. Sitting pride of place next to Lake Zurich, the Garden is considered one of the best Chinese Gardens outside of China itself.
More Info
138 Bellerivestrasse, Kreis 8, Zürich, Zürich, 8008, Switzerland
+41443803151
Visit website 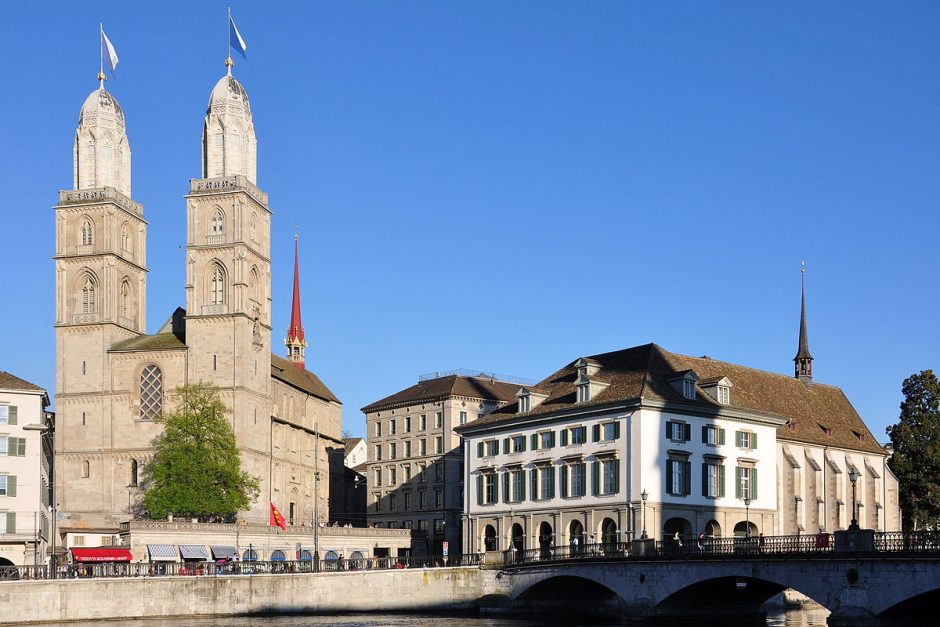 This famously austere church sparked the Protestant Reformation in Switzerland way back in the 16th century, and the building dates even further – to the 12th century. For its part in creating the Switzerland we know today, it is considered one of the most important churches in the city.
More Info
Grossmünsterplatz, Kreis 1, Zürich, Zürich, 8001, Switzerland
+41442525949
Visit website

If you want to immerse yourself in the scents of the Amazon, or explore the flora of the Alps, Zurich’s Botanical Garden is the place to visit. Maintained by the University of Zurich, it holds over 9,000 different plant species within 53,000 square metres, meaning you’ll have plenty to explore whatever the weather. 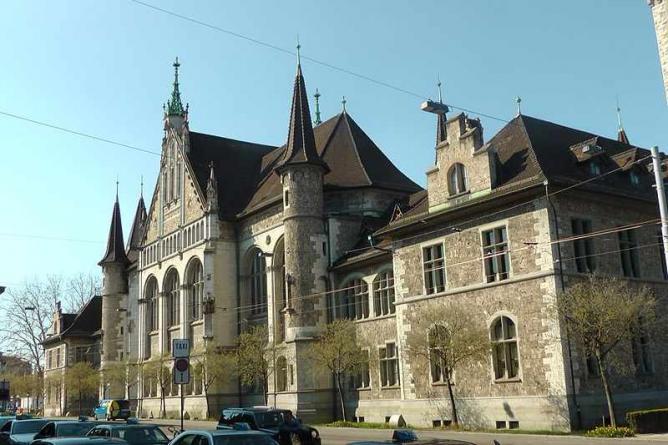 The Swiss National Museum holds the country’s best collection of artifacts that date to the very start of civilisation to the present day. It’s the most visited museum in the country for good reason and shouldn’t be missed out on.
More Info
2 Museumstrasse, Kreis 1, Zürich, Zürich, 8001, Switzerland
+41442186511
Visit website

The world famous shopping street is packed with designer outlets, banks and restaurants. Whether you’re in the market for something fancy or just want to window shop, you’ll find yourself here at some point walking along its 1.2 kilometre promenade.

Some would say that hosting the FIFA World Football Museum in the banking capital of the world is some kind of cruel joke, or merely an intriguing coincidence. Either way it is an interesting way to spend an afternoon and wander through its halls decorated with over 1000 exhibits stretching back to the very first World Cup tournament in Uruguay in 1930.
More Info
27 Seestrasse, Kreis 2, Zürich, Zürich, 8002, Switzerland
+41433882500
Visit website

While smaller than Rieterpark, Platzspitz is no less beautiful. Its triangular shape brings Zurich’s two rivers, the Limmat and the Sihl, together. Previously known as “Needle Park”, Platzspitz was opened up as spot for heroin addicts in the 1980s. However, the park has cleaned up its image and today is a great spot to escape the hustle and bustle of the city.

Money Museum
Museum
Zurich, the heart of Switzerland’s banking industry, is one of the most expensive countries in the world. It was ranked fourth most expensive in 2017, so there is perhaps no better place to learn about the history of money. The museum is part of a private collection and includes many unique items, such as antique coins that you won’t see anywhere else.
More Info
106 Hadlaubstrasse, Kreis 6, Zürich, Zürich, 8006, Switzerland
+41443507380
Visit website

The place where Dadaism was born still retains the same quirkiness as when it first opened over 100 years ago. Take in the genre-breaking artwork, sip some absinthe and you well may begin to understand Dadaism. But probably not.

Discover the native fauna of Switzerland at the Zoological Museum which has over 1,500 animals from across the country and beyond. On the first floor of the museum are species that can be found in Switzerland; many of which are now endangered, making it unlikely you’ll see them in the wild.

Not to be outdone by the history of Grossmünster, the St. Peter church boasts a clockface with a diameter of 8.9 metres, the largest in Europe. Its foundations were also laid in the 9th century, making it the oldest church in Zurich.