This App Is Trying to Bring Pokémon GO to Football 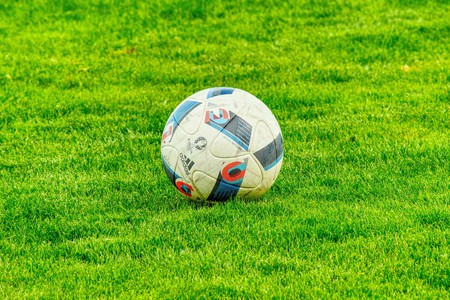 Pokémon Go was a worldwide phenomenon for many reasons, but one of the most important was that it allowed you to go out into the world and interact, while still being connected to a virtual space. This idea, of combining the real with the virtual, is something that has inspired a Stockholm company called Just Football.

Just what is it?

As the name indicates, the app is related to the world’s most popular sport, and it attempts to encourage people to play more real football in the physical world. The central idea behind the app is that, rather than telling young people they can’t use technology, or lamenting the fact that it has become such a central part of their lives, we should be harnessing it and using it to get young people to be more active.

Just as many people like to use a Fitbit to count their steps or strap on heart-rate monitors that link to apps on a phone, using technology does not always have to mean staring blankly at a screen. It can be used to enhance our experiences, rather than inhibiting them. 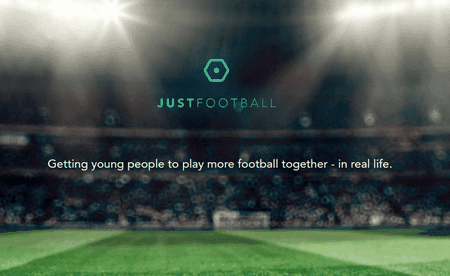 Just Football was started by Joel Fredman Klockar, who told us, ‘We saw a great opportunity to use technology to solve a problem. Rather than criticising technology’s effect on children, we wanted to work with it to create something that gets kids out there playing in real life.’

Just how does it work?

They took their cues from a variety of different sources when creating the app, including the popular video game FIFA. The first step for Just Football was to create a fun and exciting product that young people could use to find football pitches to play on. The app also gives them ideas for games they could play when they arrive at a pitch, in which they can accrue points and rewards that apply in the app.

When you first open the app, you are given a contract from a real-world club, as well as a player card that represents you and your skill level. You then see a list of football pitches in your area that have either been uploaded by Just Football or crowdsourced from users who have added spaces that they like to play on. The next step is to challenge a friend, or anyone else with the app, to play a variety of different games, including crossbar challenge. You then both get points for playing, with the winner getting more. 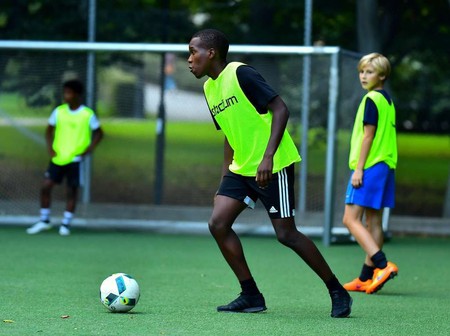 The idea, then, is to take a popular and well-established game – in this case football – and add new digital features to it that are recognisable to young people, who are used to football video games. Rather than forcing children and young people away from a format that they are used to seeing when they interact with football, Just Football takes that format and puts it into a real-life setting, in essence aiming for the best of both worlds.

Despite only having been released in Sweden in the second half of last year, the app has already been successful, both in terms of acquiring users and garnering recognition. There are currently over 40,000 users in Sweden, who played 350,000 challenges between September and October alone. Clearly, it has managed to strike a chord. 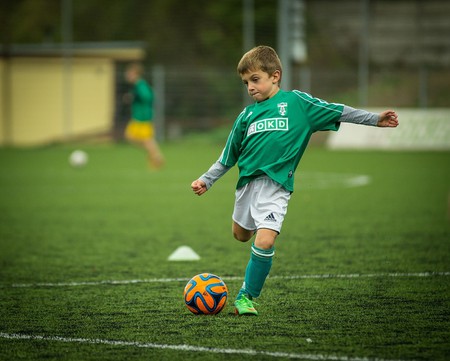 The team behind the app have picked up several prestigious awards, including as ALMI’s Most Promising Startup in Sweden. They spent time at WWDC, held by Apple in California, as well as being invited to Facebook’s F8 event in Silicon Valley. Clearly, the idea is something the technology community sees potential in.

With luck, 2018 will be a big year for the app, as the team aim to expand to more markets in Europe. The concept will remain the same, with the central idea that getting kids out of their houses and exercising does not mean parting them from their screens. Rather, it means looking for exciting and interesting solutions to encourage, rather than coerce, young people to play more sport. 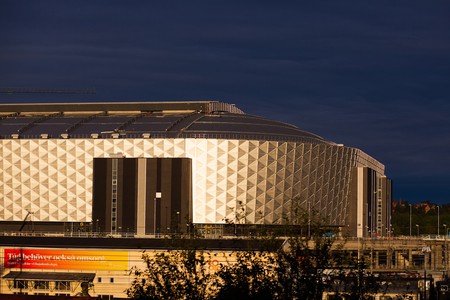