The Most Hipster Hangouts in Stockholm

Bio Rio is one of the city's coolest spots | © Jack Wallsten/Flickr
Stockholm is a city that oozes contemporary cool. It is a city packed with exceptional art galleries, second-hand shops, beautiful bars, record shops that feel like collector’s paradises, and restaurants that create innovative and exciting food. There are whole neighborhoods with a really creative and trendy vibe. It is a great city if you are looking for fashionable and unique places to discover. This list, while not exhaustive, explores some of the best of these spots.

Coffee shops are a classic hipster hangout and Drop Coffee is one of the best of Stockholm’s many cool coffee shops. It is in Sodermalm, one of Stockholm’s many islands and one that is most closely associated with contemporary culture in the city. Sodermalm is full of hip bars, shops, and restaurants—and Drop Coffee is a great example of that. Their coffee is so good that it has won multiple awards. They even have a course where you can learn more about how their coffee is roasted and made. If you are looking to do a hipster tour of Stockholm, it is a great place to start your day. 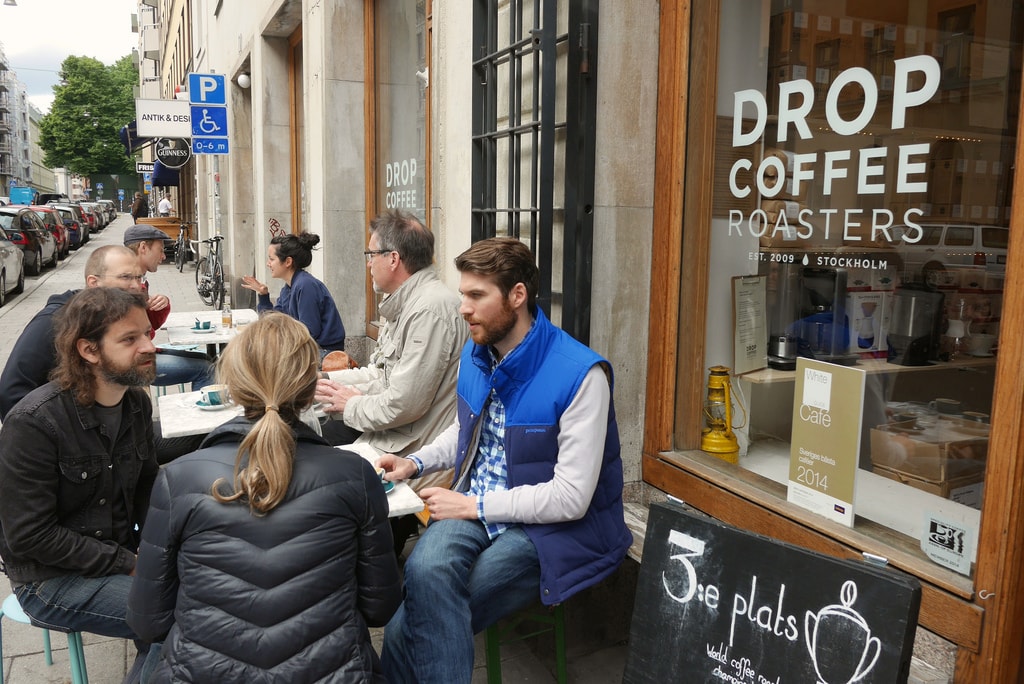 Stockholm has so many different places to see fantastic contemporary art that it can be hard to know where to start. Tensta Konsthall is perfect, as the artwork actually begins in the adjacent subway with an installation by artist Helga Henschen. It is called “A Rose to Immigrants” and features poems and pictures created by people from across the world. The gallery itself showcases some of the best local and international contemporary art. It works closely with other galleries in the city—including other independent galleries like Konsthall C and Marabouparken. It is a real mecca for modern art in the city and also has a great café. 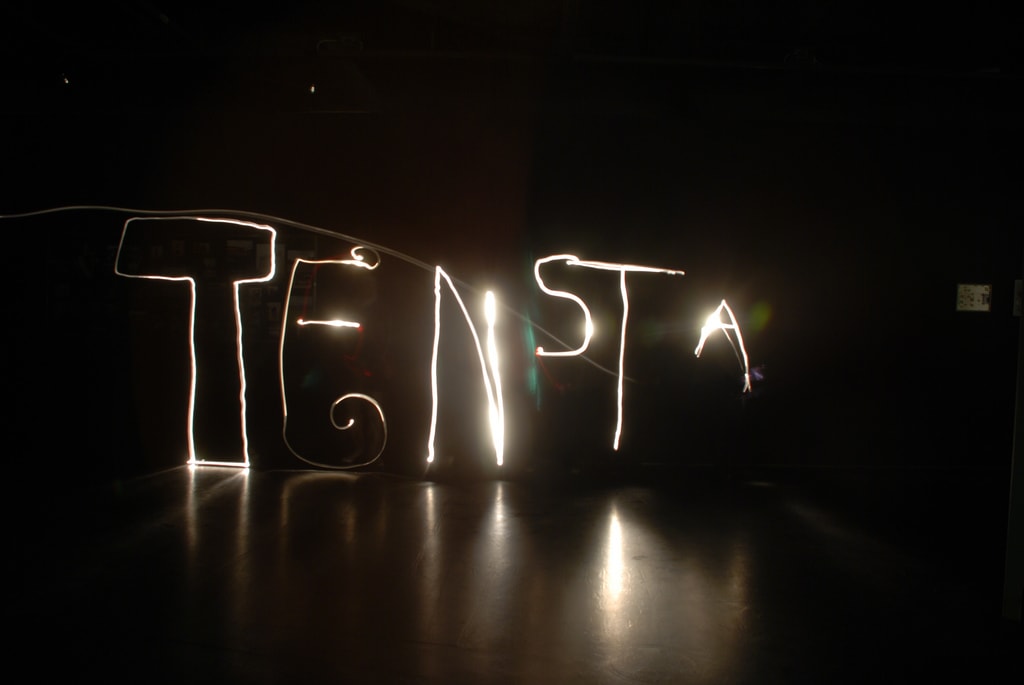 Park
Tantolunden, Stockholm |  Jonathan Lundqvist/Flickr
During summer, Tantolunden park is one of the best spots in the city for relaxing, sunbathing, and people watching. It is by far the coolest park in the city, as it is down by the water, and even has a small sandy beach. For those looking for outdoor activities, it has mini golf and a French boule bar, which serves great French food and drinks. One of the entrances to the park is right by Hornstull metro station, so it is very easy to find. It really is the ideal hipster summer hangout.
More Info
Open In Google Maps
Zinkens Väg, Södermalm Stockholm, Stockholms län, 118 42, Sweden
+46850812000
Visit website

Another gallery, and one that always attracts the most discerning and knowledgeable design lovers in the city, its name is a shortening of Swedish Centre for Architecture and Design, and as Sweden is a country known for its interesting architecture and fashionable design, it is a place that is well worth visiting. It is on the beautiful island of Skeppsholmen—which also features other great museums and galleries. It has showcased work by Josef Frank and Jean Paul Gaultier in the past and is currently hosting an exhibition that explores the future of architecture in Sweden. It has free entry too, if you are looking for a budget activity. 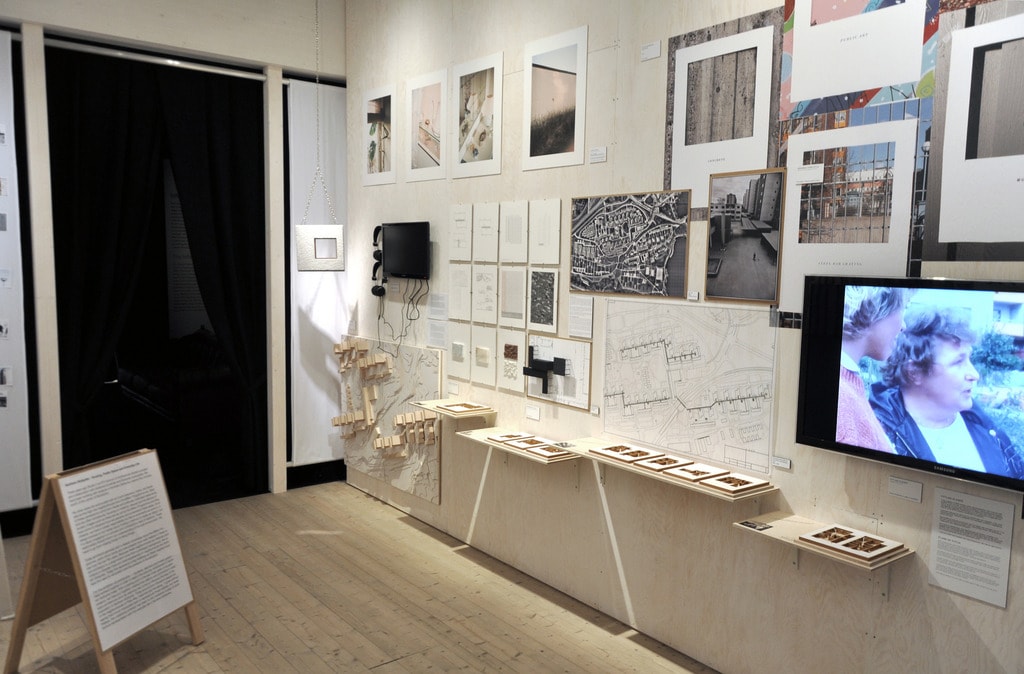 It can be very tough to get genuinely authentic Mexican food in Sweden but La Neta shows that it is not impossible. It is a fantastic restaurant with two different locations in the city that keep things as simple as possible. It was created by Mexicans and is staffed by Mexicans—you will hear them speaking Spanish in the kitchen before talking to customers in either flawless Swedish or English. The food is exceptionally good and very reasonably priced. You queue to order and space can be at a premium, so you need to be prepared to wait for a little, but it is well worth it. 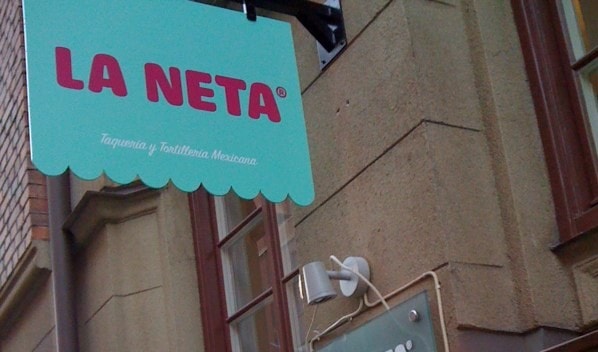 Another restaurant that tries to bring a new taste to Stockholm, Low and Slow is a barbecue restaurant that serves delicious U.S. barbecue food and sides—which they make from scratch. It was founded by a husband and wife team, with the husband being from the United States and the wife from Sweden. They have recently started to serve brunch once a month, alongside their usual dinner service and their lunch menu, which consists of barbecue sandwiches. It is a place where you can both feel and taste the passion the owners have.

Shop
Stockholms Serie & Skivhandel, Stockholm | Jobr5639/WikiCommons
Vinyl has gone through something of a renaissance in recent years, with record sales going through the roof. Stockholm has embraced the boom and has some really wonderful places to pick up records from. Stockholms Serie & Skivhandel is one of the best, and alongside its great collection of secondhand records, it also sells comic books, VHS’s, and DVDs. It is the kind of shop that looks very unassuming from the outside but the moment you step in, you realize you are in a charming place.
More Info
Open In Google Maps
104 Sveavägen, Norrmalm Stockholm, Stockholms län, 113 50, Sweden
+4686129795
Visit website

Stockholm is much more than just the center, as the small suburb of Karrtorp illustrates. It has a superb theatre, a community cinema, and the jewel in its crown: Ma Baker. Konditori (the Swedish version of patisserie) are a classic part of Swedish life. They make superb pastries, serve top quality coffee, and always have a great local feeling to them. Ma Baker is the perfect example of a neighborhood konditori. They even have mugs displayed on a cabinet, which are owned and used by regular visitors. You can also see them make their excellent bread in their open kitchen before sampling it for yourself. 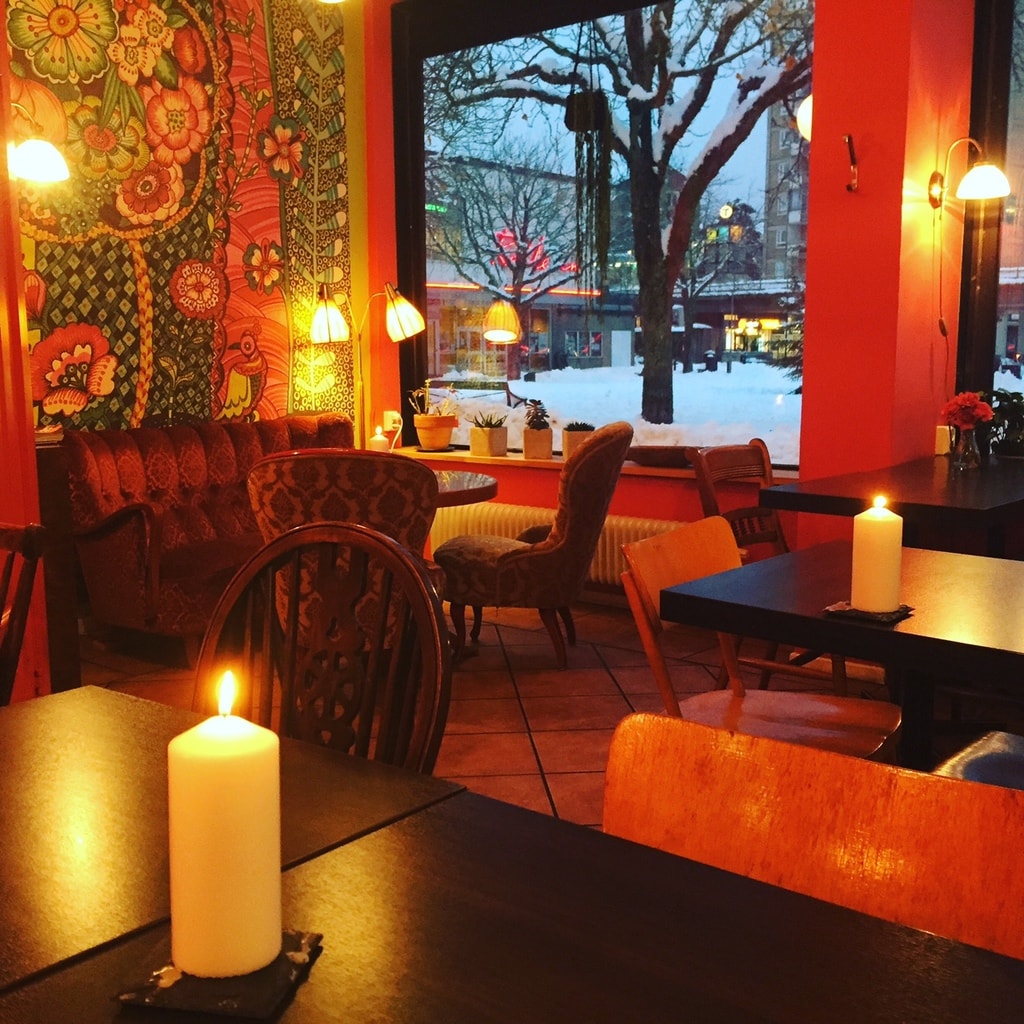 Within Sodermalm, there is an area called So-Fo, which is known for being a particularly cool part of the city. It is the area between the streets Folkungagatan and Ringvagen and is full of lovely places to explore. Right in the center is Nytorget, a square that has several great cafés, bars, and even a great second-hand shop called Stockholm’s Stadsmission. The restaurant Nytorget 6 and Urban Deli are both particularly worth visiting. There is a lovely small park right in the center of the square that’s a great place to read a book or watch the world go by. 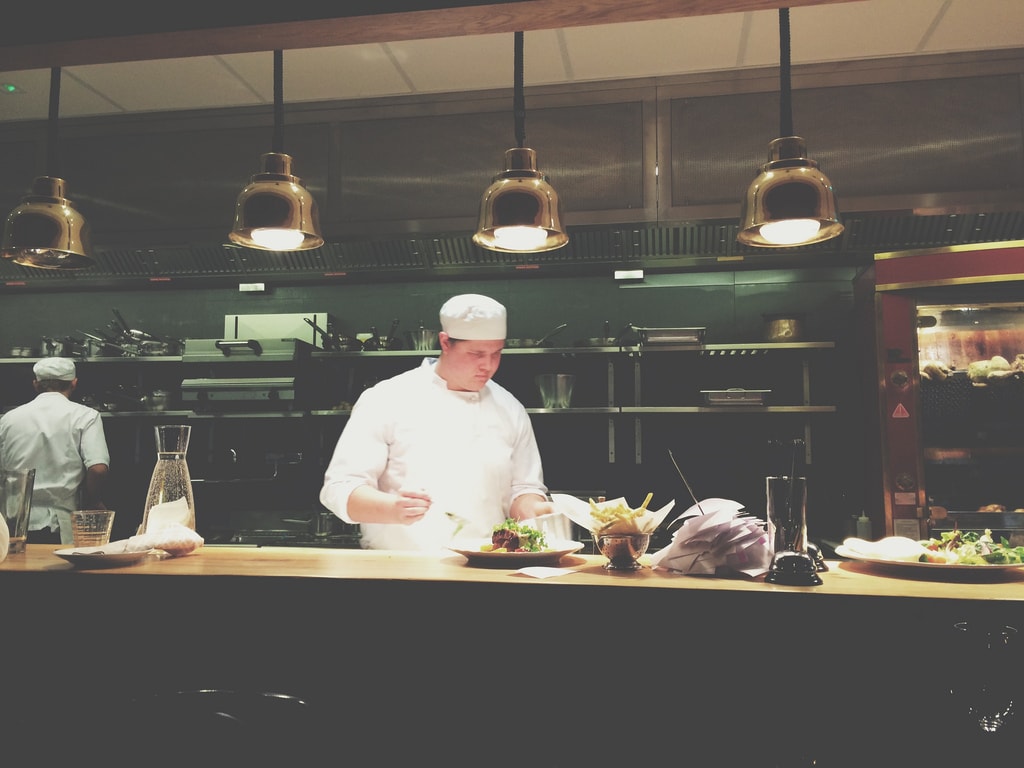 Sweden has one very large chain of cinemas called SF, which tend to show the big blockbuster releases and mainstream films. Outside of the SF chain are a group of cinemas often known as Folk Bio’s, and they are much more likely to show foreign language films, and art-house films and host fun events. Bio Rio is one of the best in Stockholm—it has a stunning art deco design, and a bistro that is great for everything from a quick coffee to a lovely long meal. Every Sunday, they run an event called Film Frukost, where you eat a delicious breakfast before enjoying a film. 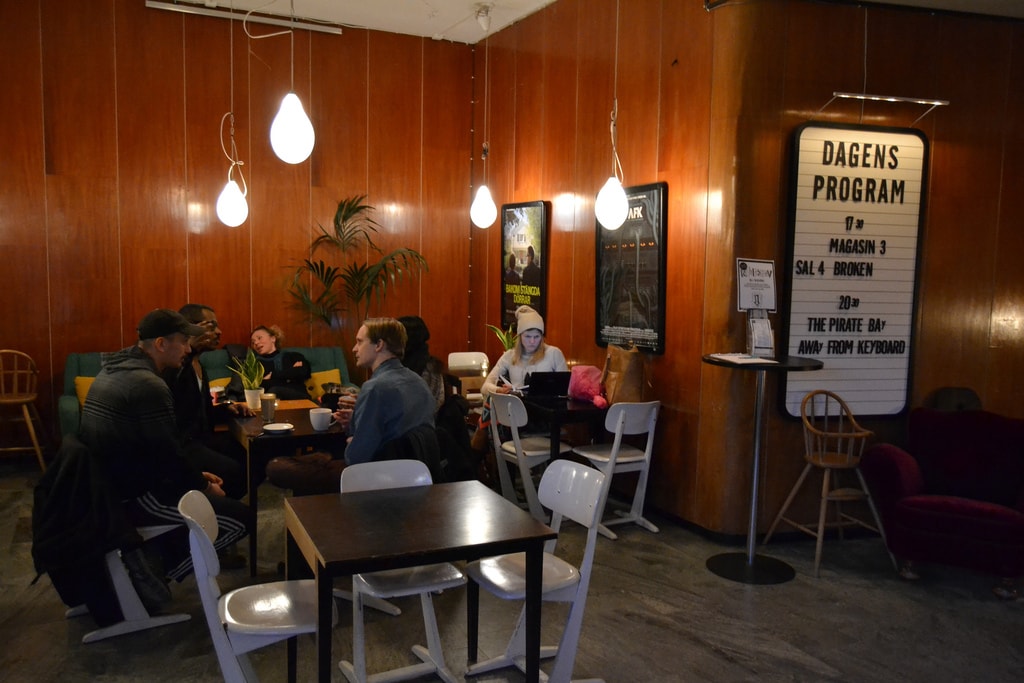 Denmark has a number of very cool breweries, making new and unusual beers that continue to delight and surprise fans of craft beer. Mikkeller is one of the leaders in this practice and that is why their bar in Stockholm is usually full. It is a simple and cozy bar that serves all kinds of different beer, as well as different types of Danish open sandwiches. If you are not a fan of beer, they also have wine, cocktails and great soft drinks. If Drop Coffee is a great place to start your day, then this is a great place to end it. 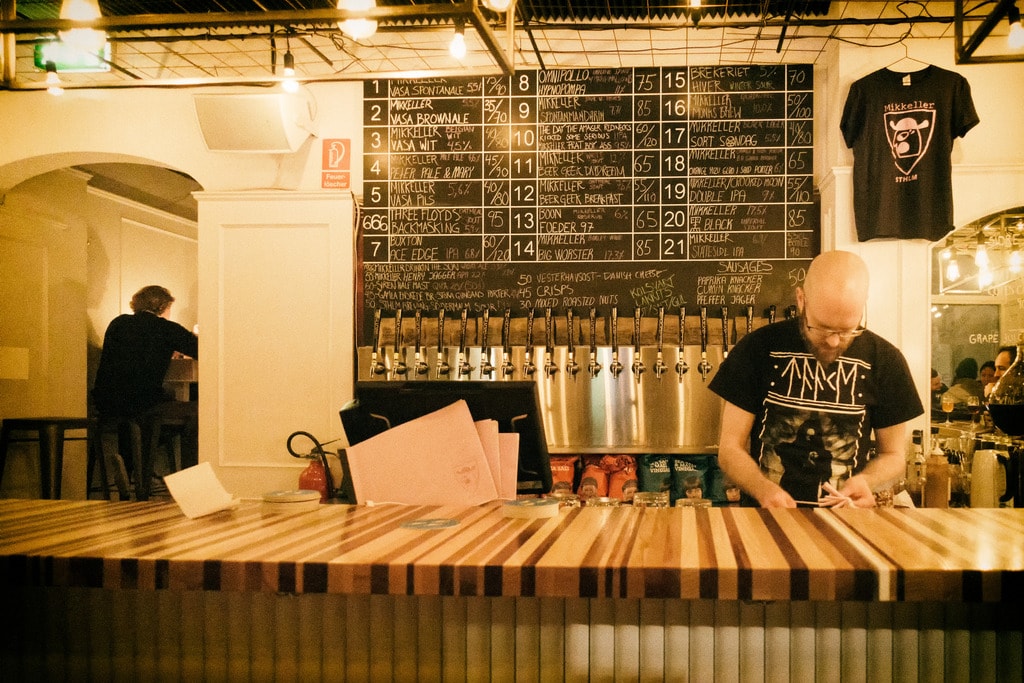