The Swedish Christmas Traditions You Didn't Know About

Chorus with this Years Lucia of Trelleborg | © Susanne Nilsson/Flickr

Saffron, gift calendars, and a bearded man visiting your family gathering unexpectedly in the evening — the Swedish Christmas is amazingly wonderful. Some traditions might seem peculiar, but by the end of this article, you’re bound to start lighting candles every December Sunday and become addicted to Lussebullar. 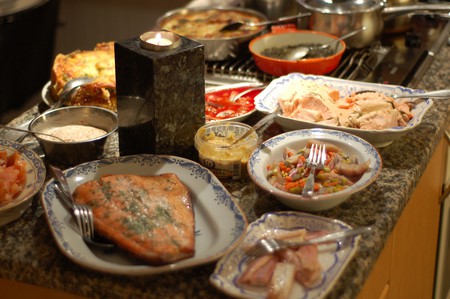 Unlike many other countries, the Swedish Christmas climax happens on Christmas Eve. The 24th is the Day, with a capital D, and the Swedish Julafton is when people get together, eat a lot of food, open presents, and just have a great time. Every family has their own traditions, but most often, the festivities begin around early afternoon when everyone gathers at home and watches the Disney Christmas Special on TV. Then, the dinner, or Julbord, is served, before a visit from Santa himself, gift opening, and quality time. It’s without a doubt a wonderful evening, and when other countries wake up early and excitedly on the 25th, Sweden gets to sleep in. 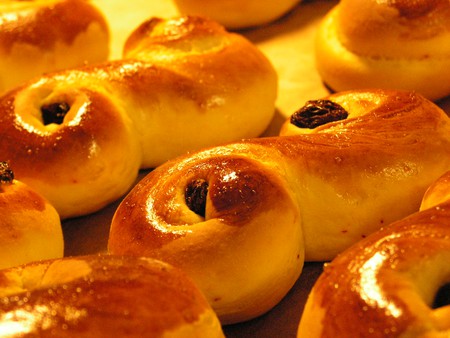 No Swedish Christmas is complete without the traditional saffron bun. Sometimes called Lussekatt, the bun is a regular sweet wheat bun with the taste of saffron. Raisins are almost always involved, and the bun is curled to an S-shape before being baked. It is often eaten together with gingerbread cookies, and yes, it is incredibly delicious. 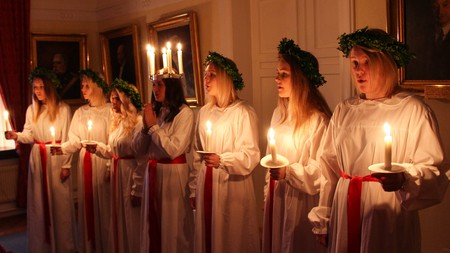 Chorus with this Years Lucia of Trelleborg | © Susanne Nilsson/Flickr

During the morning of December 13th, some girls dress up in white with candles in their hair. It’s not a fire hazard; it’s just Lucia. Originally Catholic, St. Lucia was a young saint from Italy who became convicted for illegal witchcraft. In Sweden, she is celebrated in December in the form of young girls dressing up as her and singing to an audience at schools, work places, and nursing homes. There is always one girl who is Lucia; she walks in the front of the group and gets a few solo performances, while the others are Tärnor — maids who are part of the rest of the choir. They are great singers; the performance is well planned; and most importantly, sometimes you get a free Christmas cookie afterwards. 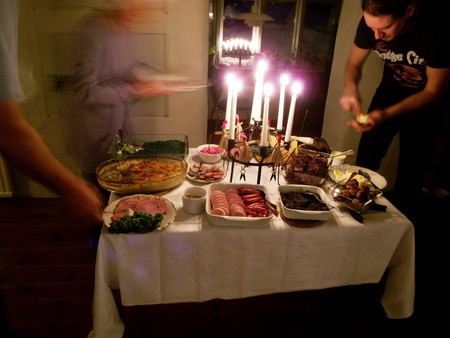 As you might know, Sweden is good at bord, and at Christmas, Swedes bring out the real deal. Bord can be translated to table and basically means that a variety of delicious foods are served in a buffet style for everyone to eat. For Christmas, there is almost everything from Christmas ham or turkey and meatballs to pickled herring and anchovies pot. There is also raisin bread (vörtbröd), smoked salmon, mini hotdogs (prinskorv), and beetroot salad. The feast ends with a dessert known as rice pudding, a porridge made of rice, cream, and sugar, sprinkled with cinnamon and served with fruit punch. 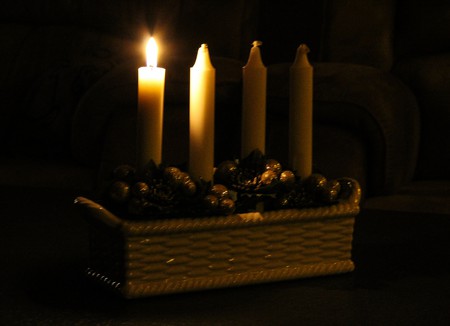 Sweden loves Christmas. Indeed, the people love it so much that they begin celebrations about a month in advance. The concept of advent is based on ‘waiting’ and is an old tradition stemming from the religious waiting of the birth of Jesus. However, in modern Sweden, it is just an excuse to sit down once a week and eat some lussebullar. Advent is celebrated every Sunday, beginning four weeks before Christmas, and most traditionally, a candle is lit for each Sunday that has passed. On the fourth Sunday, either before or after Christmas Eve, all candles have been lit and the wait is over.

Because of their love of Christmas, the people of Sweden get so excited that they begin counting down to the big day 24 days early. Advent calendars are actually common all over Europe and have recently spread throughout the world. It is a calendar with little boxes for each day, starting on December 1st and ending on December 24th. Most often, the little box contains candy, but some parents actually prepare little gifts or toys for their children every day. There are also pre-made calendars with toys to buy. However, advent calendars are not just for kids; there are also expensive calendars for adults with, for instance, liquor chocolate, meaning there are treats for the entire family.

Ever since the TV first became a regular household appliance, Sweden has had the tradition of broadcasting an hour-long old Christmas special of Disney classics. Back in the 1960s, animated moving cartoons were rare, and the show, directly translated to ‘Donald Duck and his friends wishes a Merry Christmas,’ became a huge deal. Today, most people watch it mainly because of tradition and because there is something very delightful and relaxing about gathering and laughing at the same cartoons that you’ve watched since you were a child, just like your parents have done. The special has clips from many Disney classics, including Cinderella, Snow White, Robin Hood, and short movies with Mickey and his friends. Every year, the program also shows one or two previews of new and upcoming Disney movies.

During the first Sunday of Advent, around a month before Christmas, the holiday spirit really kicks in. Also, it is often when the Julskyltning takes place. It is a whole day when shops and stores have special discounts and offers, as well as little contests and quizzes to win prizes. Many charity organizations also go out and hand out fresh coffee to everyone while lotteries and markets raise money for good causes. The event is most common in minor towns and villages, where most locals know each other and have a closer relationship. In larger cities, it’s not as common; however, some shops might have some free cookies during the day, so don’t get discouraged.

Santa Claus is one international man, and in Sweden, he is definitely not a stranger. Santa has been in Swedish traditional culture for many years and has evolved from a little angry man guarding the local agriculture to a homey warm icon with a taste for good food. While milk and cookies are left out for Santa in other countries, in old Sweden, it was common to leave out a bowl of rice pudding on the front porch for him to eat. However, today the most important appearance Santa makes is on Christmas Eve when the family has finished eating and gathers to wait for the presents. Many families have an adult family member or friend dress up as Santa to go knock on the door, enter, and hand out the gifts to the family. This is both appreciated and frowned upon by the children, who have in many cases already understood the hoax. After that is done, Santa bids farewell, and later, the regular adult joins the group again, after having ‘bought the newspaper’ outside somewhere.