11 Artists' Homes and Studios You Can Visit in Sweden 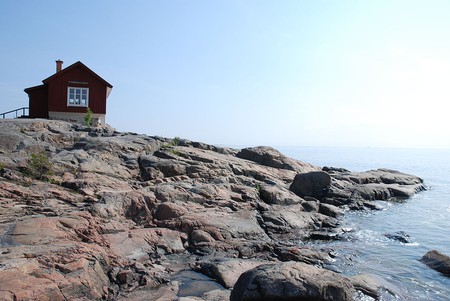 Sweden’s long-running love affair with art has produced some leading voices in the art world and the good news is that some of the country’s best and most beloved artist’s homes and studios are open to the public, giving you a chance to breathe in their space and perhaps find some inspiration. Here are 11 home museums you can visit, either by appointment or just to drop in.

Considered one of Sweden’s finest artists and known for developing a uniquely Swedish aesthetic that remains popular in some quarters to this day, Carl Larsson went from a poor child growing up in the then slum of Stockholm’s Gamla Stan to living in Dalarna with his beloved wife Karin and their eight children. They created a home that reflected their shared artistic vision, essentially a shared artistic project. Carl’s work, which regularly featured both his family and his home, has made Lilla Hyttnäs a draw for art lovers from around the world. 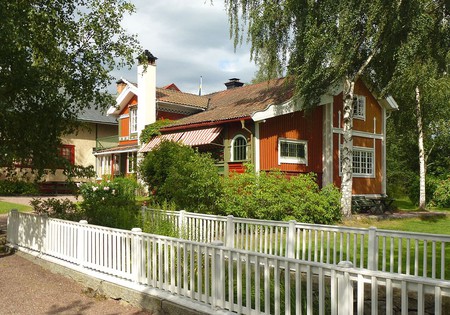 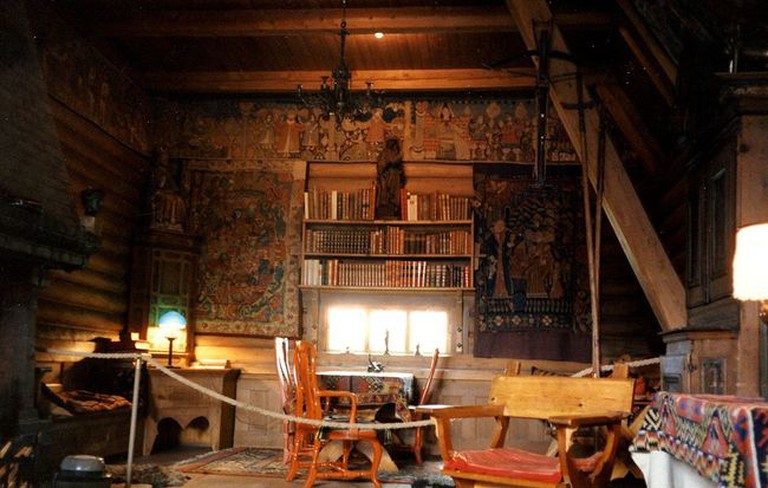 Zorn Museum, Mora | Photo courtesy of Wikipedia Commons
As famous (if not more so) as Carl Larsson but with a very different aesthetic, Anders Zorn also lived in Dalarna, where the light has enormous appeal to artists. The Zorn House and the Zorn Museum next door are in the village of Mora, and contain extensive collections of arts and crafts. The home was built and designed by Zoen and his wife, including some of the furniture.
Open In Google Maps
36 Vasagatan, Noret-Morkarlby-Utmeland Mora, Dalarnas län, 792 31, Sweden
+46250592310
Visit Website
Give us feedback

At the turn of the century Carl Milles was one of Sweden’s best known sculptors and in 1906 he bought property on the cliffs of Herserud in Lidingö, overlooking Stockholm, which he made both his home and his art studio. Even before his death, the land and buildings were gifted to the Swedish people, with Milles and his wife allowed to live there until their passing. Today the property’s studio and home are open to the public, and while Milles was an artist of great renown (nearly every town in Sweden seems to have a piece of public art sculpted by Milles) he was also a great art collector and much of his collection is on display, along with unfinished and completed works, both inside and scattered around the stunning grounds. 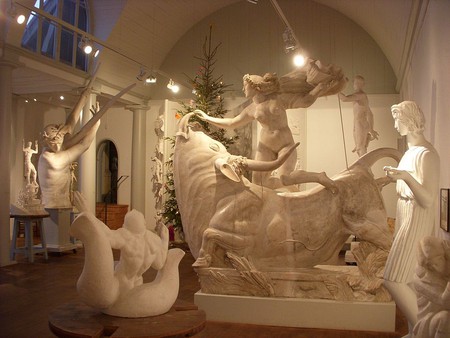 Although Sweden’s Prince Eugen studied art history at university, the decision to become an artist was not an easy one – although he did eventually make art his full-time occupation. The result was a deeply closeted prince who loved Norway becoming one of the era’s most prominent landscape painters, an area he devoted his work to almost entirely. His home Waldemarsudde on Djurgården afforded him fantastic views over Lake Mälaren and the surrounding countryside, and upon his death he gifted the home to the Swedish state, who have kept it in keeping with Prince Eugen’s wishes, and where regular exhibitions are also held. 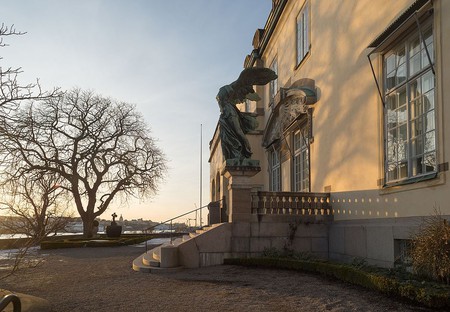 Artist Bo Vilson worked under the name BOVIL, both as a writer and an illustrator. While his writing was very popular with contemporary artists it’s his cartoon work that seems to have really stood the test of time. His images included everything from fashion, film, music and industry ads, to illustrations for books, paintings, Christmas cards and much, much more. But it was his cartoon work, particularly the series ‘Thousand and one nights’ which ran in Vecko Revyn (Week Review) for much of the 1940s, that cemented his legend. His home and studio is open to the public, although it’s best to call ahead for times and appointments. 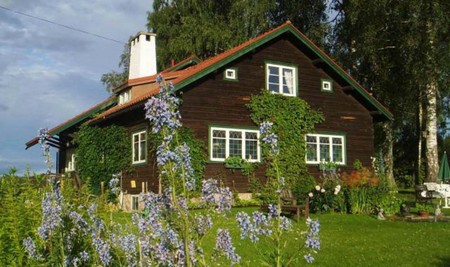 A contemporary of Carl Larson and Anders Zorn, painter Jonas Kronberg built his studio on Djurgården in the late 1800s, after returning from a long stretch abroad. It was during this time that he was commissioned to produce decorative large-scale paintings for some of Stockholm’s foremost buildings, such as the Royal Palace, the National Theatre, and Hallwyl Palace. He was also a portrait painter. His studio was donated to the Nordic Museum after his death in 1921 and was later moved to Stockholm’s renowned outdoor museum Skansen, where it remains today. Abba fans may recognise it – it was used on the cover of their album The Visitors – and today you can view his paintings, along with sketches for much of his work. 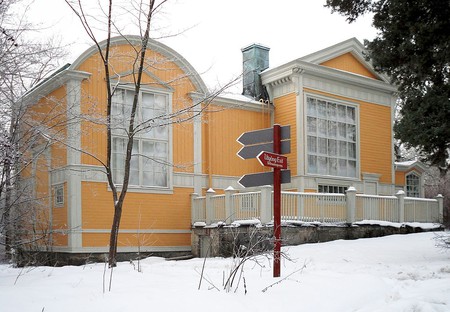 One of Sweden’s most prominent sculptors during the early 20th century, the home and studio where Carl Eldh both lived and worked in Stockholm for more than half his life was designed by the same architect who designed Stockholm’s famed City Hall. The unusual wooden building contains original sketches and models of some of his best known work, and is one of the most well-preserved settings of an artist’s life in the country. 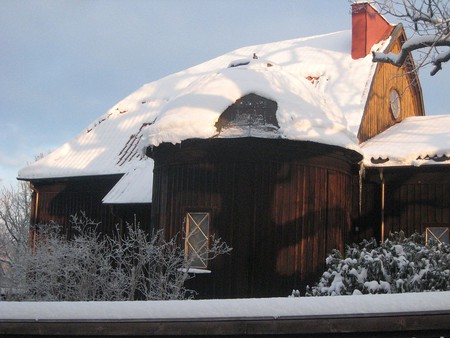 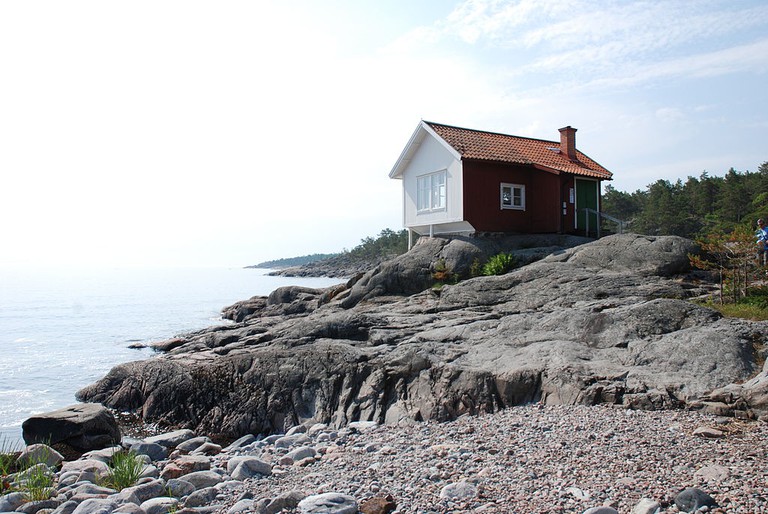 Albert Engströms Museum, Grisslehamn | Photo courtesy of Wikipedia Commons
Albert Engström was sometimes referred to as the European Mark Twain. Both a writer and an illustrator/cartoonist, Engström was known for his satirical cartoons that poked enormous fun at the country’s upper class. His studio, perched on the edge of the sea about two hours north of Stockholm, is open to the public, as is a museum that celebrates his work (and features an excellent café).
Open In Google Maps
11 Albert Engströms väg, Norrtälje N Grisslehamn, Stockholms län, 760 45, Sweden
+4617530890
Visit Website
Give us feedback

The house in the archipelago was originally a hunting cottage that Liljefors turned into his painting studio on the island of Bullerö ,which was bought in 1908 (along with the closest 300 islands). It became a gathering spot for Sweden’s artistic community, with luminaries such as Albert Engström and Anders Zorn making their way for a bout of drink and chatter. Although he eventually sold the islands to Newspaper King Torsten Krüger, the house he worked in is now a museum, preserved with several unique pieces of his work on a nature reserve. 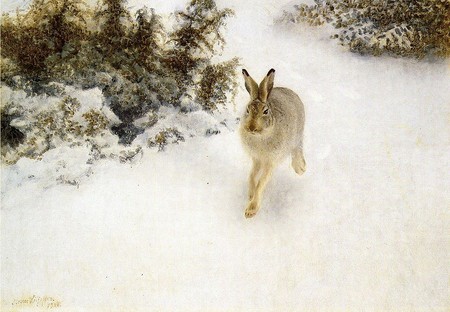 To see contemporary Swedish artists at work look no further than Not Quite, a growing cultural centre found in the wilds of Northern Dalsland. Artists, as well as designers and craftspeople, work in studios housed in an old factory, where a unique perspective is developing outside the established art scenes of Sweden’s cities. What you see today may be making history for tomorrow. 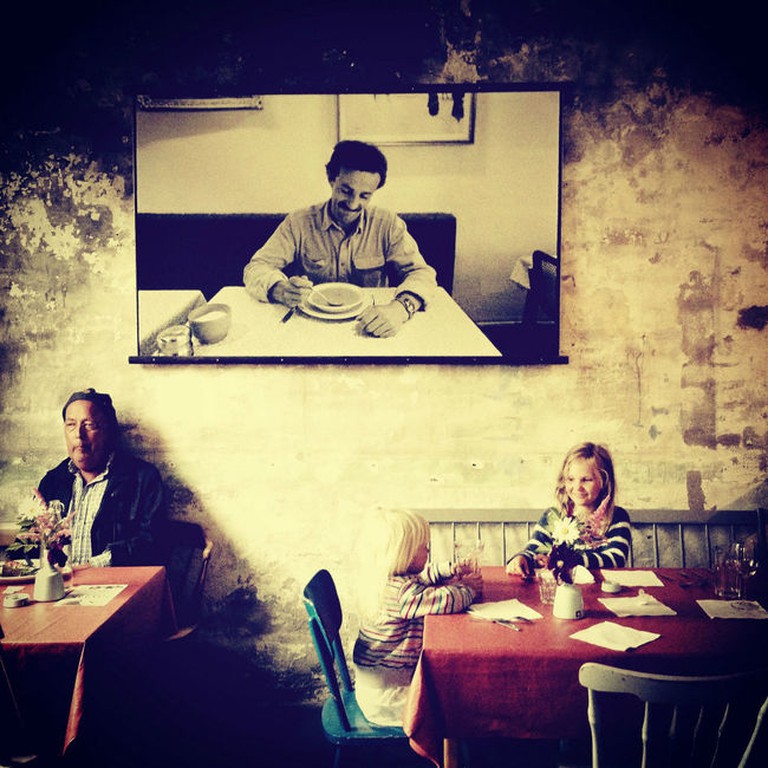 Wilhelmson began studying painting at the age of 14, coming under the tutelage of both Carl Larsson and Bruno Liljefors before moving abroad for nearly ten years. Upon returning to Sweden, he made a summer villa in Fiskebäckskil, north of Gothenburg, into a residence and studio. The home is still in the family, which opens to the general public one day each summer, as well as by appointment – although you must make contact at least two days before your planned visit. 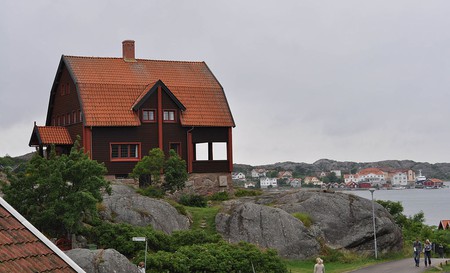