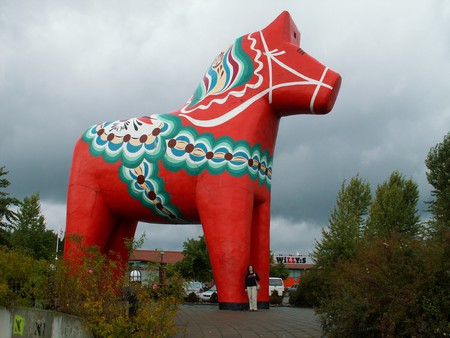 Sweden is a wonderful place to visit, so it’s no wonder some individuals are obsessed with this great country! Maybe it’s the holidays or a birthday is coming up and you want to surprise them with a gift that’s related to their favorite country? Here are 10 perfect gifts for people obsessed with Sweden.

ABBA You Can Dance

What’s not to love about ABBA? Catchy music, amazing costumes, and basically some of the best entertainers that Sweden has to offer. Now you can join in on the fun with the ABBA You Can Dance video game for Nintendo Wii. Dance the night away with this dance video game and sing along! Feeling bold? You can take some of ABBA’s most popular songs to put on karaoke mode so you can sing and dance at the same time!

One of Sweden’s most important liquors is Akvavit, or more commonly known as snaps. This traditional Scandinavian liquor is primarily brought out for special holidays like Christmas and Midsummer. Often paired with traditional Swedish drinking songs, or snapsvisor, like ‘Helan Går,’ Swedes will typically sing the songs and then take a shot of snaps. Picking out a selection of some of the finest akvavit from Sweden will truly impress. 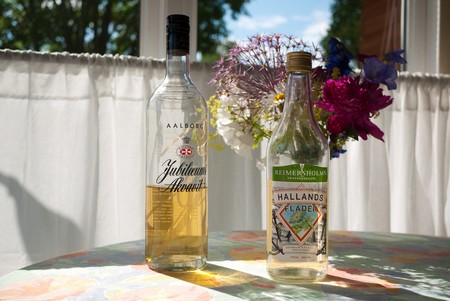 Hallands Fläder is one of the most popular kinds of akvavit! | © Håkan Dahlström / Flickr

This might seem like an odd gift but Swedish cheese slicers are hard to come by outside of Sweden! In Sweden, you typically purchase your cheese in block form and then you need to use a cheese slicer to cut the cheese for cooking, sandwiches, or just for a snack. Typical Swedish households have multiple in their home as it is a practical thing to have and is used at least once a day.

Arguably the most famous symbol other than the flag that is synonymous with Sweden is the Dala Horse or Dalahäst, as it’s called in Swedish. Stemming from the small town of Nusnäs in the Dalarna region of Sweden, the Dala horse is a perfect gift for someone who loves Sweden. The traditional Dala Horse is typically red with white, light blue, and yellow detailing. Nowadays, Dala Horses have changed colors so you can find the perfect one to match your home.

These socks (and underwear) are exactly what you would expect them to be – happy! Happy Socks is a Swedish brand that sells happy-looking socks and underwear for men and women of all ages. Since Swedes are notorious for wearing a lot of black and dark, neutral colors, you will find that many Swedes will then choose to have more fun with their socks. Picking up a pair of these, especially if you’re in the picturesque neighborhood of Gamla Stan, is a perfect gift for a lover of all things Sweden.

One of the most popular breakfast choices that Swedes love to eat is a hard-boiled egg with Kalle’s kaviar on top. It comes out of a tube and it doesn’t look like the most appealing thing to eat, but the Swedes love it! It tastes quite fish and salty, but pairing it with a hard-boiled egg certainly helps with mellowing out the flavor. 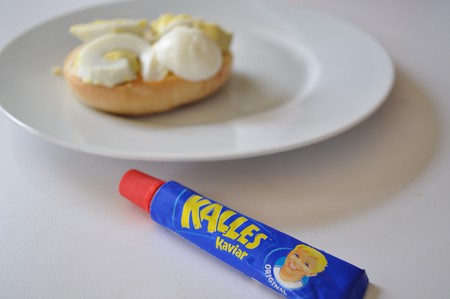 If you know someone who loves Sweden and loves to cook, then why not purchase Magnus Nilsson’s Nordic Cookbook? This cookbook is a large collection of recipes from all over the Nordic countries: Sweden, Norway, Denmark, Finland, Iceland, and the Faroe Islands. So if you know someone that is a sucker for Scandinavian cuisine, this is the perfect gift for them.

Stylish, sleek and Swedish are just a few words that describe this wonderful backpack. Made with a lagom amount of Swedish minimalism, the Sandqvist backpack is perfect when wanting to add a touch of the Swedish style to your wardrobe. Since many Swedes adore this brand, it would only be fitting to gift a Sandqvist backpack to someone who is obsessed with Sweden.

One of the most popular things to purchase while visiting Sweden is the delicious Swedish candy! Very popular on Saturdays – a tradition called lördagsgodis – Sweden has some of the best candy that the world has to offer. Try picking up some Marabou chocolate, snowballs, or bubble fizz’s, or any other kinds that you might find. If you want to go the extra mile with the candy, make sure to pick up some salted licorice! It seems like most Swedes either love it or hate it, so if you know someone who loves it, make sure to pick it up for them. 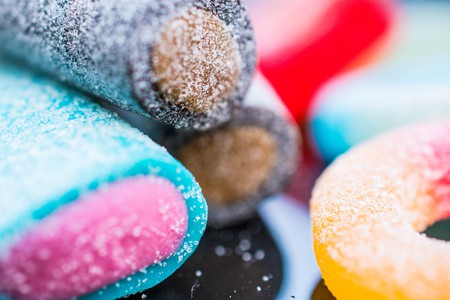 Salted licorice, one of the favorite candies in Sweden. | © Maria Eklind / Flickr

Two of the biggest sports in Sweden are football (soccer) and ice hockey. To show your support and to help cheer on your favorite Swedish team, why not pick up a national team jersey? Ever since the FIFA World Cup and the Winter Olympics, there have been tons of team apparel out and about for fans to pick up. Now it’s your turn cheer on Team Sweden with your favorite jersey!