How to Spend 24 Hours in Kruševac, Serbia 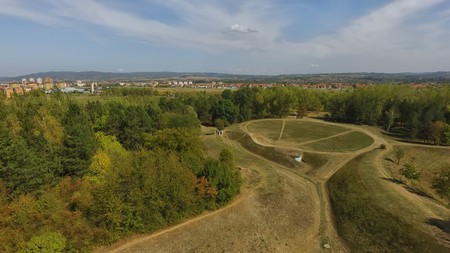 In a country full of important cities, Kruševac stands proudly towards the top of that illustrious list. The town of Lazar itself also happens to be one of Serbia’s most underrated, and presents a splendid array of attractions perfect for a fun-filled 24 hours.

The best Americano in Serbia

Turkish coffee (ubiquitously called Domaća kafa throughout Serbia) is king in this part of the world, but that doesn’t mean that modern coffee trends haven’t made their mark as well. There are plenty of great cafes dotted throughout the country, but we’re yet to taste a better Americano in Serbia than the one offered at Kafeterija BUT. The cafe is also handily located, a short walk from the main square and next to the road to your first stop of the day.

The memorial park at Slobodište is one of the most important sights in the city, but its location just outside the boundaries of Kruševac mean it is best visited in the morning. You can walk to the site (it is 2km from Kafeterija BUT), but you might be better off getting in a taxi and speeding things up.

The park is one of the most impressive in the country, not to mention one of the largest. A number of memorials are found here, each commemorating the 1,650 people executed at the site by the Nazis in June 1943. Is it fun? Absolutely not, but it is another vitally important memorial park in the country.

The medieval past of Kruševac

Kruševac is famous for many reasons, but the city’s main claim to fame is its ties to Prince Lazar. It was here that the 14th-century Serbian leader set up shop, using it as his base before embarking on what proved to be a tragic battle in Kosovo. The remains of the medieval capital city are arguably the most important attraction in town.

The park isn’t huge by any stretch of the imagination, but plenty is crammed into these walls. Lazarica Church was built in 1376, and is another exceptional example of Serbian architecture. A monument to Lazar stands within view of the Donžon Tower, the only remains of the defensive main tower. The National Museum is also here, located within the old Grammar School.

This archaeological park is a place where history is a tangible thing, and as much can be experienced simply by taking it in as by spotting the attractions. The demise of the medieval Serbian state traces its steps to this part of Kruševac. 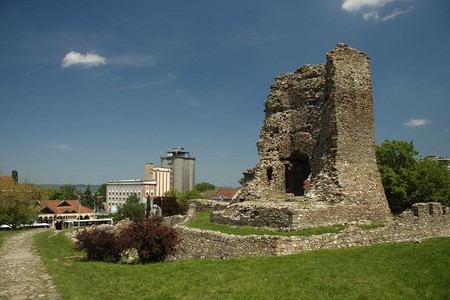 Watch the sunset at Bagdala

You’re going to have to eat at some point, right? Kruševac doesn’t fall short of the high standard set by the rest of the country, and is full of traditional Serbian restaurants alongside more contemporary fare. The location of Pastel stands out, but we recommend going for something a little more traditional in the shape of Kafana Krle. Don’t expect much in the way of English, but do expect the juiciest plejskavica in this part of the world.

Krle is located on the hill that leads to Bagdala, the wooded hill that sits above Kruševac. A popular spot for walking and other forms of relaxation, Bagdala is the best place to go for an invigorating sunset at the end of the day.

Once the sun has clocked off for the day, you should head back down the hill towards the epicentre of Kruševac. The Monument to Kosovo Heroes stands in the middle of the main square, a short stroll from the city’s much-respected National Theatre. Keep an eye on the theatre’s schedule, as this is one of the best places to enjoy some theatre in Serbia.

Whether there is a show or not, you will absolutely end the day on Zakićeva. The main pedestrian street in Kruševac, it is lined with cafes, bars and pubs of all sorts. You can’t really go wrong with any of them, but our tip lies at the end of the street. Cafe Grizzly isn’t the fanciest joint in town but it may well be the most exciting, a figurative time machine to a past that is either missed or romanticised. Be wary of the bear at the bar, although thankfully this grizzly is of the artistic kind. 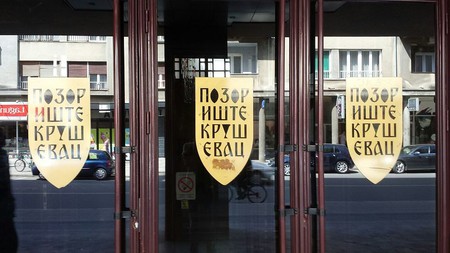