The Best Attractions in Cluj Napoca 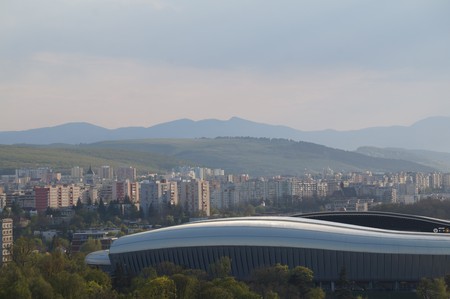 With a rich history, Cluj Napoca is a multicultural city, a blend of cultures and religions. Each place tells a story that you are invited to discover. Explore the city’s landmarks and uncover what was called in medieval times the ‘Treasure City’ of Transylvania.

The Central square of the city, the Union Square, is the place where the past modern times. Hidden under a glass surface, the ruins of the Roman citadel Napoca represent the beginnings of the 2,000 years old city of Cluj Napoca. Opposite, the monumental statue of Matthias Corvinus attracts the visitors, who can’t leave without a picture with the massive monument. Behind, the Saint Michael Church dominates the square. If you are around on a Saturday, make sure you don’t miss the organ concert. 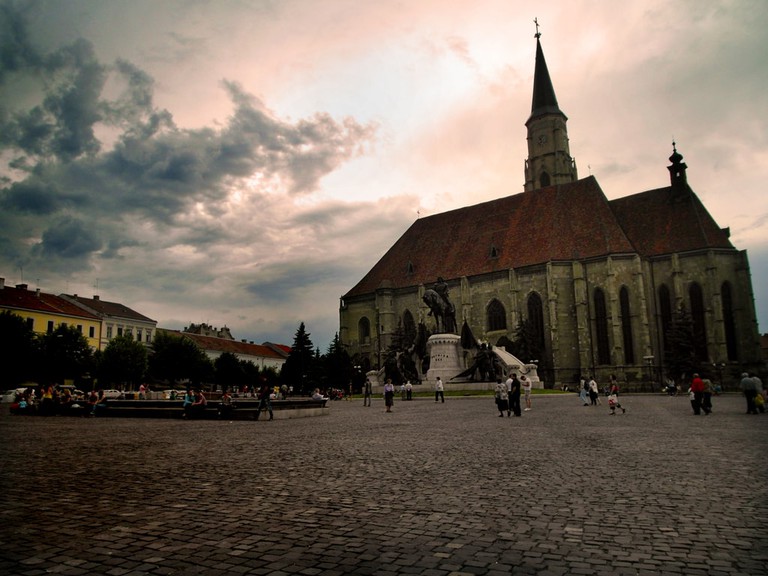 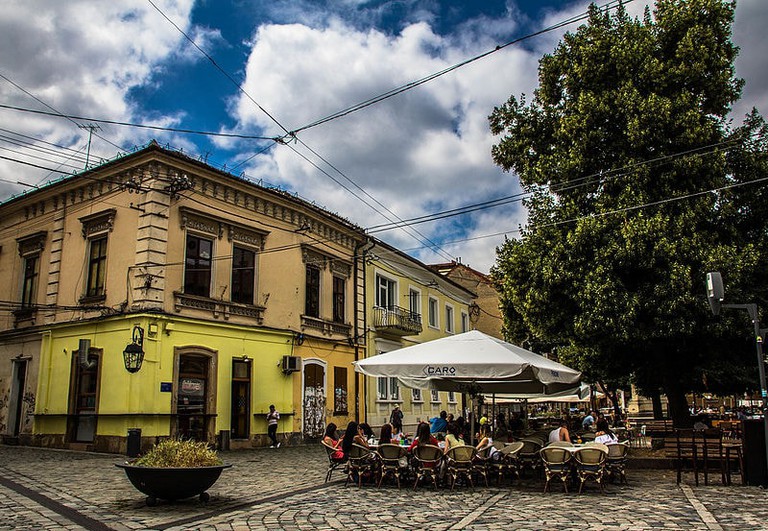 Museum Square | © Mihai Raducanu / Wikimedia
The ‘little square’, as it used to be called during medieval times, is one of the locals’ favourite places when going for a drink. With narrow streets and lovely terraces, the Museum Square has a charm of its own. And if you are eager to see more of Cluj, visit the baroque Franciscan church and the Matthias Corvin House – today the Art University. Step inside and discover the hall and the room where king Matthias was brought to life – first door on the left.
Open In Google Maps
Strada Constantin Daicoviciu, Cluj-Napoca, Județul Cluj, Romania
Give us feedback

Walls of the old citadel of Cluj are hidden on the Potaissa Street, the place where you can transpose yourself in medieval times. Following the street, you can find the Transylvania Hostel, a rock pub, la Tevi and two modern terraces, Makeba Pub & Bistro and Cafe Rejoice. If you continue further on the Inocentiu Micu Klein street, you can take your lunch at the smallest restaurant in town, Kaja Tanya. The traditional cuisine menu changes daily; find updates on their website.

One of the most recent squares built in Cluj, the Avram Iancu Square impresses with its monumental buildings. Here, religion and culture meet. On one side of the square is the National Opera and Theatre of Cluj, an eclectic building of the 20th century. Masterpieces like Don Juan, written by Molière or Romeo and Juliet written by Shakespeare are played on the theatre’s stage. Facing the opera is the statue of Avram Iancu and the Orthodox Cathedral. Nothing like a Catholic church, the Orthodox Cathedral reminds us of the Saint Sophia Mosque of Istanbul, a former Christian church. But what is even more impressive is the interior. Step inside and be mesmerized. 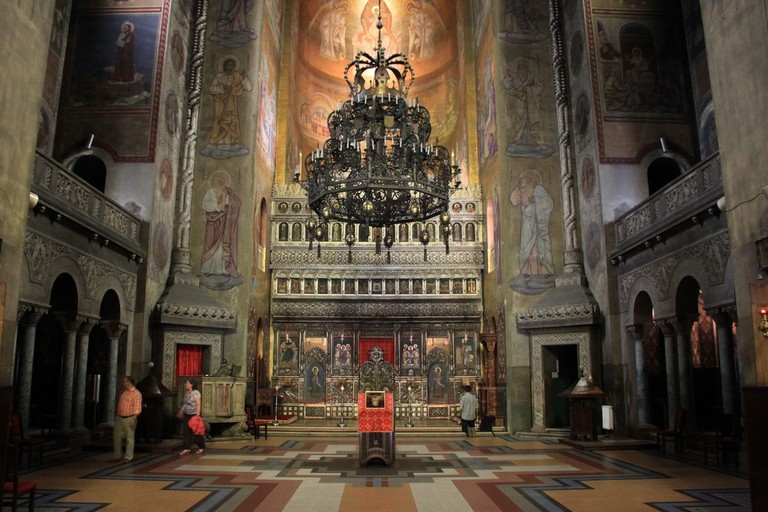 Museum
Facebook
Email
Twitter
Pinterest
Copy link
Share
Map View
Located in what used to be the first pharmacy of Cluj, the Pharmacy Museum displays four centuries of Transylvanian medicine. Between little pots with odd names, magical plants and miraculous powders, find out the secrets of the old local remedies. The museum is divided into three parts: the laboratory, the deposit room and the ‘oficina’, where the drugs were sold to the locals. Take a local guide inside the museum and discover old cure’s miracles.
Open In Google Maps
28 Piața Unirii, Cluj-Napoca, 400113, Romania
+40264597567
Give us feedback

As you already noticed, there are plenty of churches in Cluj, each one representing the different beliefs of the local communities. A 15th-century building, the Reformed Church hosts the biggest collection of Transylvanian Coat of Arms. Behind the church, there is the only tower of the medieval citadel still standing, the Tailor’s Bastion. The tower was renovated several times, and it opened its doors to the public as an Urban Culture Centre. Inside, you can admire local work of art exhibitions. 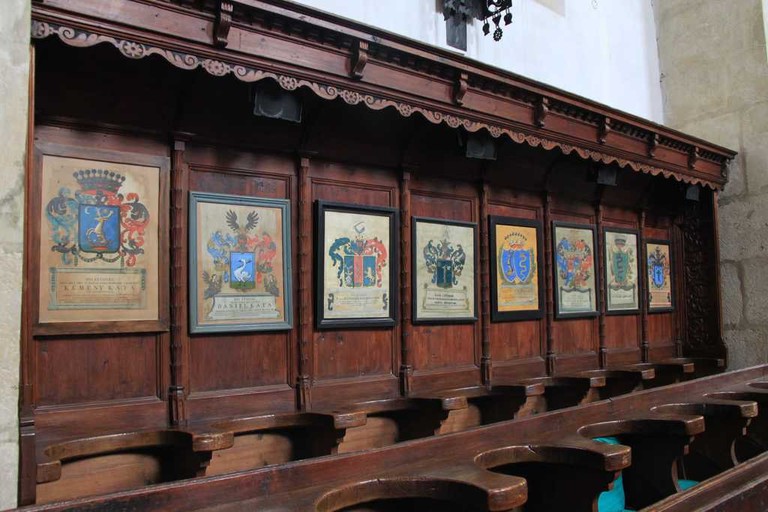 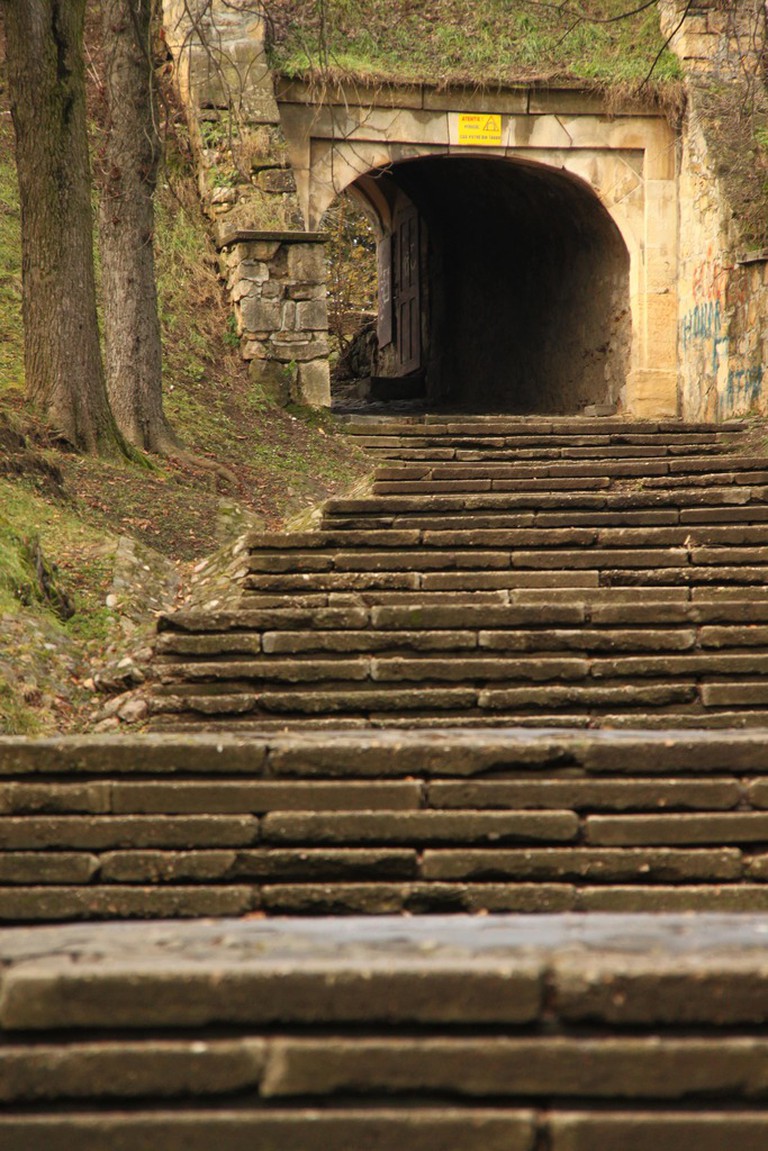 Cetatuie citadell | © Cristian Bortes / Flickr
Go up on the Cetățuia Hill to have an overview of the city. From up here, the city looks different, calmer and stiller. On top of the hill, there is a massive cross, a symbol of the 1848 Romanian’s revolution for independence (a call for equal rights with the other populations of the region and use of their own language), in a time when Transylvania belonged to the Austro-Hungarian Empire. Enjoy the view while having a drink on the Pergola Terrace.
Open In Google Maps
60a Strada Emil Racoviță, Cluj-Napoca, Județul Cluj, 400124, Romania
Give us feedback 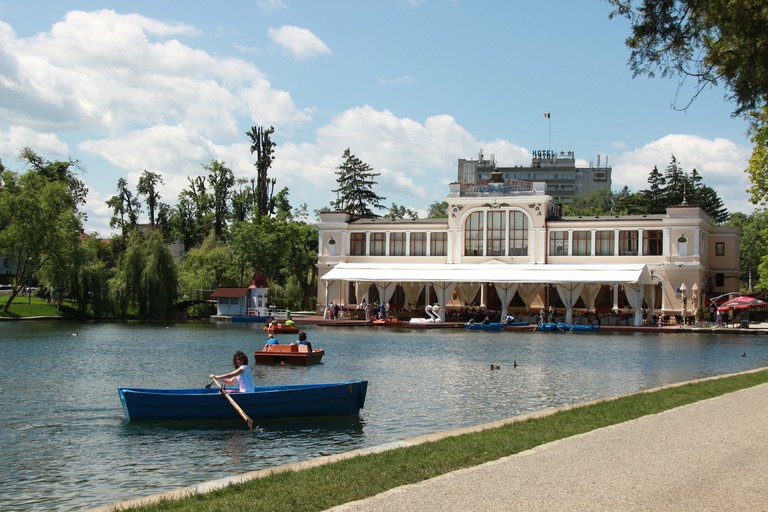 Parcul central | © Crsitian Bortes / Flickr
Considered the green heart of the city, the Central Park is a place for long walks, local events like the Jazz in the Park Festival and the UNTOLD Festival, dancing evenings in front of the Casino building or boat rides on the Chios Lake. In the summer, locals hang their hammocks all over the park. There is no better place to rest in your suspended bed.
Open In Google Maps
Parcul Central Cluj-Napoca, Județul Cluj, Romania
+40264596030
Give us feedback

At only 30 kilometres from Cluj Napoca, the Turda Salt Mine is the coolest underground place on earth. With a height of 120 meters (400 feet) and very thick walls, the mine is spectacular. Since 2010, it has featured a mini-golf course, a basketball and football court and an amphitheatre that hosts concerts regularly. You can also go for a boat ride on the subterranean lake of Ghizela Mine or take a tour on the Ferris wheel. 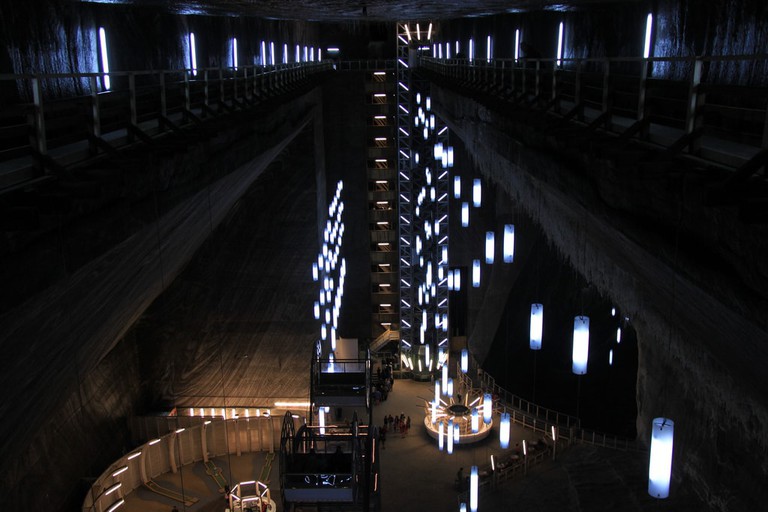 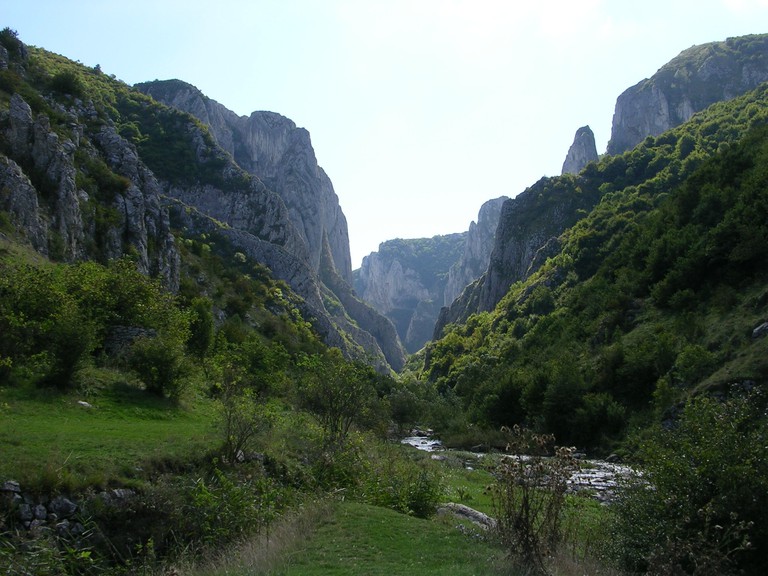 Turda Gorges | © Cristian Bortes / Flickr
Near the Turda Salt Mine, there are the Turda Gorges, a perfect place for those who like hiking and camping. The site is a natural reserve with more than 1,000 species of plants and 67 species of animals, some of them being protected. Before entering the gorges, you will find a map and marked paths that you can follow. Take your backpack and start trekking.
Open In Google Maps
Turda, Cluj County, DJ103I, Romania
Visit Website
Give us feedback
Give us feedback