The Movies to Watch Before Visiting Malta 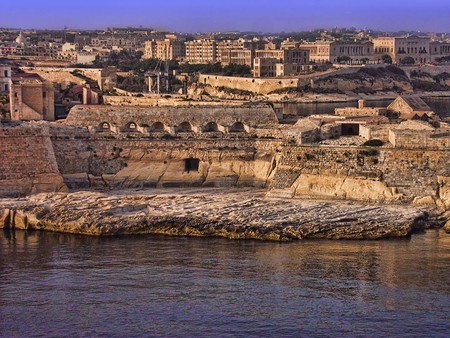 Malta doesn’t exactly bear the same status as Hollywood when it comes to films, but give the island its due – there have certainly been plenty of Hollywood blockbuster films shot in Malta either for specific scenes or in their entirety. Long hours of sunshine, historical architecture and surrounding clear waters can make the island a location manager’s dream. Since 1925 to date, there have been approximately 150 films made in Malta. Some rather obvious and others rather surprising, here are just a few, in no particular order, to watch before visiting the archipelago of Malta.

Released in 2013, the film tells the true story of Captain Richard Phillips (played by Tom Hanks) who was hijacked aboard his merchant ship, the Maersk Alabama, in 2009 by Somali pirates. The waters surrounding Malta made for the perfect location for the hijacking scenes that were filmed on board a working vessel, the Maersk Alexander, which strongly resembled the Alabama. The Maltese waters were used to represent the region around the African coasts.

The Spy Who Loved Me

In the films, James Bond has never actually visited Malta. However, it has been used as a location in a few of the films. The final scene of The Spy Who Loved Me (starring Roger Moore) features an escape pod filmed in Maltese waters. For Your Eyes Only saw Roger Moore back in Malta for filming a few years later. Never Say Never Again features a Maltese palace as a location for a fight scene and along with Casino Royale are further Bond films, although not produced by Eon, with scenes filmed in Malta.

Malta’s treasure in the film industry has to be Popeye, released in 1980 and starring the late Robin Williams and Shelley Duvall. The entire film was shot in Malta in a purposely made set called ‘Sweethaven‘ on the outskirts of Malta’s northern town of Mellieha. Looking out over azure waters and set in the cliffs, this set remains today as a very popular tourist attraction. Not only can visitors walk freely around the entire set, they are able to go inside the village buildings, mingle with animators, enjoy food and drinks, sunbathe, paddle in a swimming pool and go on boat trips. Although slightly beaten-track, regular buses can take you straight to Sweethaven’s doorstep.

Released in May 2000, Gladiator reaped in nearly $35 million during its opening weekend in the USA alone. Starring Russell Crowe and Joaquin Phoenix in lead roles, the film was shot in a number of locations. However, Malta was the place chosen to build a partial replica of Rome’s Colosseum. Made from plaster and plywood, the construction stood 15.8 metres tall. The full Colosseum seen in the film features the structure in Malta with the remainder computer generated. The rear of the structure provided space for costumes, street furniture, changing rooms and other requirements for filming. Gladiator was the film in which Oliver Reed played his last role, sadly passing away before the film was finished. A pub in Valletta named ‘The Pub’ is dedicated to Reed, as this is the place where he passed away after an intense drinking session. This small place attracts many visitors to see the walls lined with tributes and newspaper clippings in addition to the seat where Oliver last sat.

Simshar was released in 2014 and is a true story of events that occurred in 2009. An explosion took place on a sailing vessel named Simshar just off the eastern coast of Malta with five people on board. Maltese director Rebecca Cremona dramatised the events to create the 2014 film of the same name, which was Malta’s very first submission to the Academy Awards under the category of Best Foreign Language Film. With a predominantly Maltese cast, the film has put the small island on the map. A film well-worth checking out.

1978’s prison drama film Midnight Express, although set in Turkey, was filmed solely in Malta and EMI Studios. Starring Brad Davis as the main character of Hayes, who is sent to a Turkish prison for smuggling drugs out of Turkey, the film was overall highly recommended by critics. Fort St Elmo in Valletta was the perfect location for the prison scenes. Despite being released 40 years ago, the film still managed to gross $35 million worldwide.

With Brad Pitt playing the lead role, Troy, released in 2003, was filmed at various locations across Malta, leading to Pitt, his then-wife Jennifer Aniston and co-cast members such as Orlando Bloom and Sean Bean, spending months on the island. The film shows scenes shot at Blue Lagoon, famous for its azure waters and Fort Rinella where the huge and impressive set was burned down for the final scenes. Although very difficult for paparazzi to catch during his stay in Malta, it is believed that Pitt loved the island so much he purchased his very own Maltese property.