The 5 Best Documentaries to Watch Before Visiting Malta 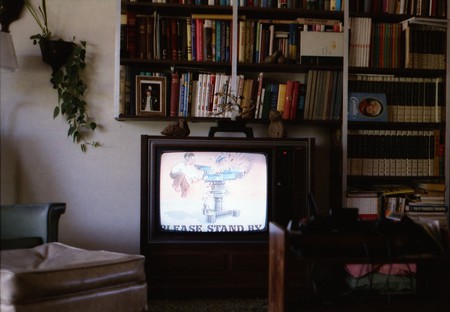 Finding out about countries you are planning to visit can be exciting, but also time-consuming, depending on how much you’d like to learn. Malta’s history, culture, architecture and its location in the Mediterranean all help make up what the island is today. Here are some documentaries to help you on your way to finding out what Malta is all about.

Renowned Maltese producers Maurice and Chris Micallef have won 213 awards for their filmmaking and Kannizzati Fishing is the latest string to their bow, winning Best Documentary and Best Trailer in the March 2018 New York Film Awards. The documentary takes place all over the waters surrounding Malta, and follows the whole journey of lampuki catching in Malta – from the work carried out by the fishermen right through to the fish being sold at the market in Marsa. The same documentary was nominated for four additional categories at the Oniros Film Awards, taking place in Italy, with the Best Voice Over Award going to Manuel Cauchi. It’s worth noting that the previous year’s winner for this category was David Attenborough for Planet Earth, the popular nature documentary shown on BBC Two.

‘The Battle for Malta’

First screened on BBC Two, The Battle for Malta, presented by historian James Holland, depicts the horrors Malta faced during World War II. Due to the tiny island’s strategic geographical position, Malta, with an area of just 316 square kilometres (about 78,000 acres), was more heavily bombed than the whole of Britain during The Blitz. The documentary provides an in-depth look at how much Malta suffered but remained strong during the Axis siege and intensive bombing that took place. The Santa Marija Convoy (known outside Malta as Operation Pedestal) was deemed as Malta’s saving grace, and deservedly Malta and its people were awarded the George Cross for gallantry. A strong documentary, bringing to life Malta’s sufferance and determination during the war.

A very relaxed, less formal travel documentary in a reality TV-style of filming of a personal journey across Malta. Filmed in a diary format, the documentary takes the viewer around places of interest, sharing feelings, daily street scenes, places to visit, and places to eat. It’s a casual journey around Malta, allowing the viewer to experience the island first hand, in its true light. A refreshing, light-hearted viewing.

This road trip documentary stars Andreas Raab and is directed by Alexander Pfeifer. The young men take you on a journey across the length and breadth of the island, focusing on 21 things they feel you should know about it. From the ancient temples in Gozo to Malta’s nightlife capital, Paceville, Andreas interviews locals, holiday-makers and traditional Maltese business-owners to fit in as much about the island as possible in just over one hour. Although the footage dates back to 2010, it is still very relevant today and, as an amateur-made documentary, it has still managed to gain nearly 711,000 views on YouTube alone.

In 2017, Let the Stones Speak became the finished, 45-minute-long, intriguing documentary by Maltese author and artist Francis Xavier Aloisio. Working alongside director of Malta’s Sprout Media, Ed Hamilton, the journey is based on Aloisio’s book Islands of Dream: The Temples of Malta, and the pair delve into questioning the theories behind Malta’s prehistoric temples. Through filling in the gaps in the temples’ history by using extensive research, the documentary provides evidence that the temples are actually older than originally though,t and indeed linked to Atlantis.