Caravaggio’s violent exploits led him to Malta, where he would seek absolution from The Knights of St. John, and paint some of his most celebrated works. 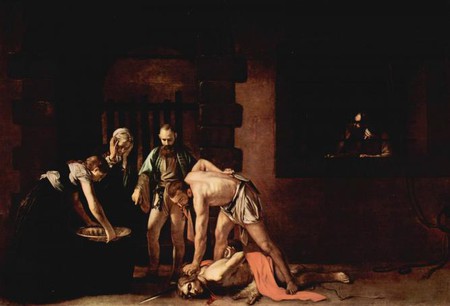 The beheading of St. John the Baptist, 1608 | WikiCommons

Caravaggio’s short and intense life seems thoroughly entwined with his art; physicality, passion, the contrast of light and dark; all are terms that could arguably describe the painter as much as the paintings. Notoriously aggressive, his behaviour was often overlooked by the authorities due to the high influence of his patrons, but when he killed a man in 1606 a price on his head caused him to flee Rome for Naples and then Malta to seek protection and amnesty with the Knights of St. John.

The Knights of St. John, also known as the Knights of St. Malta, were the last surviving outpost of the network of military religious orders that evolved in the time of the crusades. After being driven out of Rhodes by the Ottoman Empire in 1522, the Knights of St. John retrenched in Malta and increased their fortifications on the island. Caravaggio, known for walking Rome with a sword at his side, saw the potential for absolution from these knights who had dedicated their lives to God by serving him as soldiers. 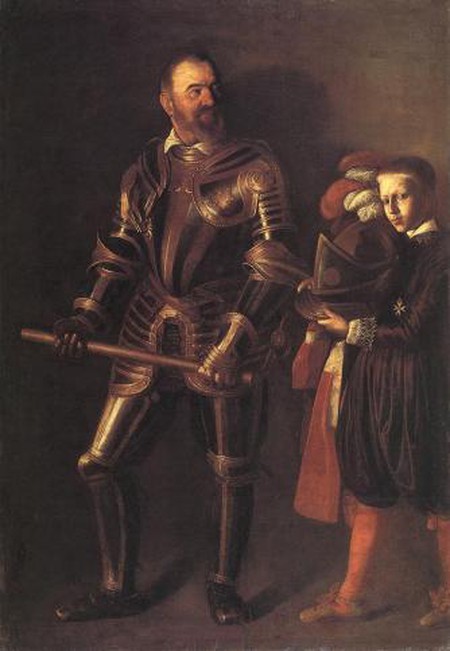 The Grand Master of the Order, Alof de Wignacourt, was evidently impressed by the arrival of the precocious artist, who at the time was most famous painter in Rome. He admitted him to the service and commissioned The Beheading of Saint John the Baptist (1608) as an altarpiece. This painting was amongst the largest Caravaggio would ever paint, with life-size figures inhabiting the huge space of the canvas. It is also the only painting Caravaggio ever signed – in this case, done with the red blood pouring from St John’s severed neck and signed F. Michelangelo. The F is for Fra, brother, signifying is new religious affiliation. Like the Knights whose order he now belonged to, it was as if the sword had finally brought him closer to God.

His attempt at spiritual devotion to a quieter life within a religious order did not last, and he was imprisoned just a few months later, following a violent brawl with other knights. Remarkably, he managed to escape from the castle and leave the island unnoticed. He was expelled from the Order in absentia but left the Knights of Malta with some of his most important paintings, including the huge The Beheading of Saint John the Baptist (1608), and the Portrait of Alof de Wignacourt with his Page (c. 1607-1608). The paintings no longer travel, and for those wanting to see them face to face, a journey to Malta is the only way.