Where to Stay on Elba Island, Italy 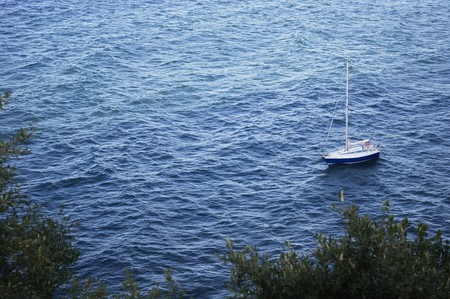 Summer is over, but it’s never too soon to think about your next travel destination. If you are planning to visit Tuscany next summer, you need to know that the region is home to one of the most beautiful islands of the Mediterranean Sea — Elba. This small island is mostly frequented by locals, but if you are looking for a beautiful, quiet and off-the-beaten-path spot, Elba is where you need to go. So book your next trip in this magnificent island before everyone finds out how gorgeous it is.

The most important town of Elba is Portoferraio, the island’s largest city. It was founded by Cosimo I de’ Medici, Grand Duke of Tuscany, in 1548 with the name of Cosmopoli (which means “the city of Cosimo”). Portoferraio is surrounded by a tiny hill and the sea. It has three forts — Forte Stella, Forte Falcone and Forte Inglese — used in the past to defend the island and still visible today.

Elba is possibly the most underrated Mediterranean island I have been to, I just wish I could go back for longer 📸 . What is your favourite holiday destination? ✈️

This lovely village, in the southwest of the island, is a must for your list of places to visit in Elba. It is home to a little aquarium which hosts about 150 different species of the Mediterranean’s marine organisms, and it reproduces accurately the habitat of each species of the Tuscan Archipelago. If you love the sea fauna or you are traveling with kids, don’t forget to include this spot in your things to do.

Marciana Marina is one of the most beautiful towns of Elba. The city has a small marina, two small beaches and an old Torre Medicea built to protect the town in the past from the pirate invasions. The promenade, going from the old part of the city to the Torre Medicea, has preserved the original architectural features of the 18th century.

Marciana Alta is the highest town on the island and one of the oldest, as testified to by the Pisan Fortress that dominates it. It is where the population took refuge during frequent pirate attacks decades ago. Its city center is a labyrinth of narrow streets and lovely hidden squares. FYI: The town is accessible only by foot. Marciana is also the point of departure for the funicular to Mount Capanne, where on clear days you can admire Elba and the surrounding islands in all their beauty.

Capoliveri is an old Roman settlement. The name itself Caput Liberi is Latin for Liberus Hill, meaning sacred to Bacchus, and since ancient times it has been a land of vineyards and excellent wine. Obviously, it is still today, so don’t forget to visit it if you are a wine enthusiast. The town hosts other spots of cultural interest too, such as Sanctuary of Madonna delle Grazie, the Focardo Fortress and the Chapel of San Michele Apse.

One of the most frequented towns of Elba is Porto Azzurro. It was once a fishing and agricultural village, while today it’s a famous tourist resort. It hosts many places of historical and cultural interest like the Sanctuary of Madonna del Monserrato and the Spanish Church of Cuore Immacolato di Maria, and it is close to the Small Mine, a reconstruction in reduced scale of a mine and of the life inside a mine. But the best reason to come here is for its pristine and crystalline waters.