The Coolest Neighbourhoods in Palermo, Sicily 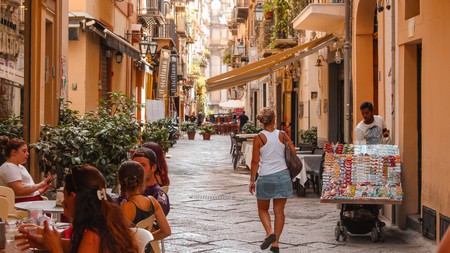 Walk the terracotta-hued streets of Palermo, Sicily | Photo by Who’s Denilo ? on Unsplash

Palermo is a melting pot of architecture through the ages, a blend of traditional and new cuisines – and a nightlife scene that permeates its many varied neighbourhoods. While exploring, you’ll feel as if you’ve walked through a portal to another time. Here’s our guide.

Want to visit learn more about Palermo’s fascinating past? Stroll through squares and sample street food as you discover the history, art and traditions of the city with TRIPS by Culture Trip’s 10-day Sicilian adventure.

Palermo is unique in that it still retains much of the gothic design originally laid out as the city’s grid, with various sectors and neighbourhoods each boasting their own style and influence on arts and architecture. Il Capo is a collection of colourfully winding streets surrounding one of the largest attractions, the Teatro Massimo. Often animated with a lively street market, you will be constantly entertained as you dodge alleyways, merchants and baroque churches and structures. 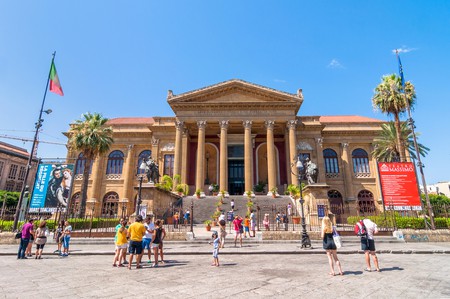 Once you pass the colossal Teatro Massimo, which creates a makeshift divide, you will shortly be entering the New City. The street that intersects with the Medieval section of the town goes north, changing names and leading to the more contemporary area, where the street gradually widens and leads to two massive plazas. From here, you can admire the Teatro Politeama Garibaldi and begin to explore one of the fancier streets in Palermo, Viale della Libertà. While you window-shop, discover the art that is adorning the city streets and buildings. 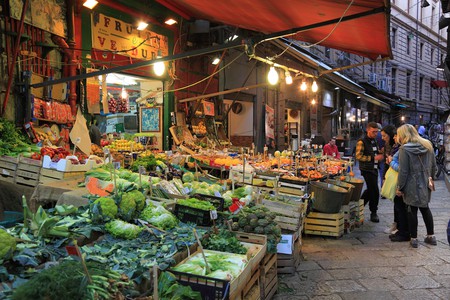 For a local experience, vist the market in the old town of Palermo | © Bildagentur-online / Sunny Celeste / Alamy

You may be able to tell from the name that this area of town is named for the Castle in the Sea, referencing a large fortress that once stood during Arab rule to guard the port of the city. Wedged between Via Maqueda, Corso Vittoria Emanuele and Via Crispi, you will find this flourishing city centre, abundant with historical formations and pulsing with the Vucciria Market, which can be visited day or night. After 8pm, you will find it to be a whirlwind of aperitifs, music and dancing. Spend your time here until the sun comes up, and experience the rich nightlife in this area. 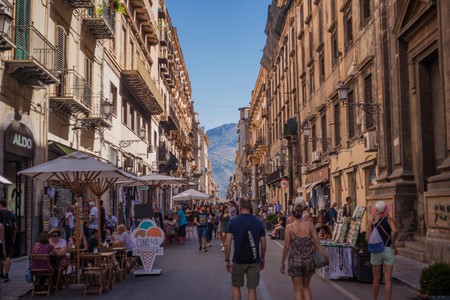 The Old Town still speaks to the ancient customs of Sicilian city life. Once a host to purveyors of fruit, vegetable, fish and meat, it still retains some of its old-world market charm. You can spectate as merchants arrange their colourful wares, and inhale various delicious smells. Surrounded on all sides by faded Sicilian homes, this area is full of history and sights such as the Pretorian Fountain. If you follow Via Roma or Corso Vittoria Emanuele, you won’t miss any of the striking features of this locale. 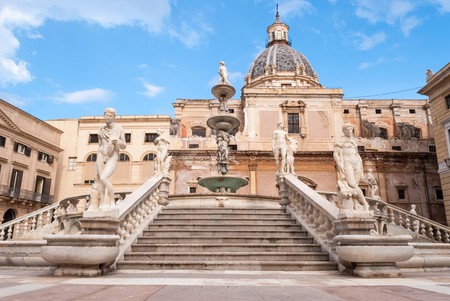 When in Palermo, make sure you visit the Pretorian Fountain | © Roberto Lo Savio / Alamy

One of the most distinguished sections of Palermo, this part of the ancient town reveals the impact on Sicilian culture and architecture of the Phoenicians who first came here in 800BCE. You can spend your afternoon surveying the seemingly decrepit buildings, narrow pathways and Piazza Bologni. You will also find Il Ballaro here – one of the oldest markets in Italy which starts on the edges of Piazza Bologni, where you can buy food and local art from the many stands and visit one of the area’s many restaurants and cafes. 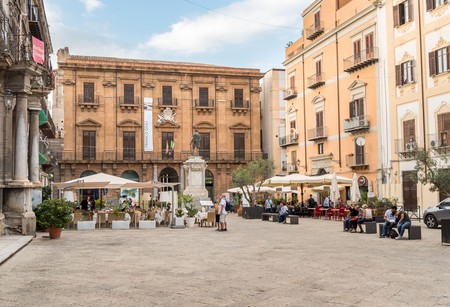 The harbour and marina of Palermo are well worth a visit. Besides the seafood restaurants that run along the edge of this area, locals flock here in early evening to rollerblade, play soccer, buy baubles and toys from migrating carts and simply relax among the barricade of rocks that lines the coast. Watch the boats as they turn around in the harbour, or stroll through the lush Villa Giulia or Giardino Inglese nearby. 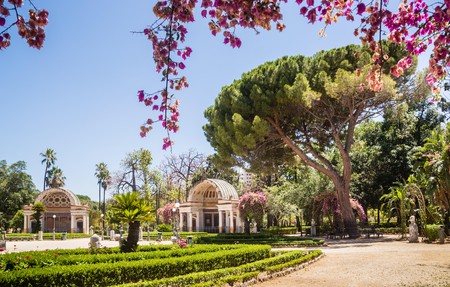 A fun spot for night owls, this part of town is popular with a younger crowd. Located at the intersection of Giuseppe Patania and Via Monteleone, it is a hub of activity day and night. Near the Museo Archeologico Regionale, this area also hosts plenty of cafes and restaurants so it’s an ideal place to gather and people-watch.