The Best Things to See and Do in San Lorenzo, Rome 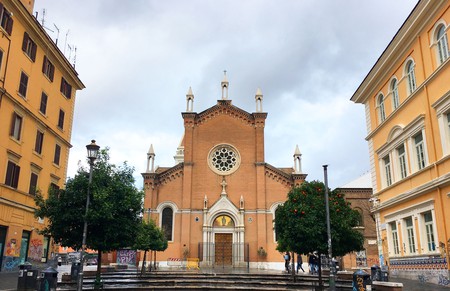 San Lorenzo doesn’t cater to tourists – and that’s exactly what makes it worth visiting. Many of the galleries, bars and restaurants here are run by locals for locals, meaning this part of town has its own distinct, fiercely independent vibe. Heavily bombed during WWII, this isn’t a picture-perfect neighbourhood, but what it lacks in elegance it makes up for in spirit – as the exuberant student population will attest to.

Devour food and art in a former pasta factory

With its turn of the century industrial architecture, Pastificio Cerere is one of San Lorenzo’s most prominent buildings. This imposing palazzo was originally a pasta factory and flour mill, churning out fusilli and linguine until its closure in 1960. Later repurposed by local artists, the building has housed studios and galleries since the 70s. The current Fondazione Pastificio Cerere (founded in 2004) continues the tradition but much of the building has also been transformed into an elegant restaurant and bar where inventive cocktails and modern Italian cuisine are on the menu. 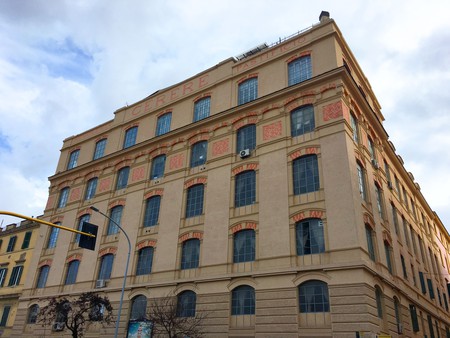 Get lost in the sprawling monumental cemetery

Campo Verano is Rome’s largest cemetery and the final resting place of some of Italy’s most important cultural figures, including actors Alberto Sordi, Marcello Mastroianni and Vittorio de Sica, and writer of the Italian national anthem Goffredo Mameli. Filled with decorative sculptures and monumental tombs, the cemetery is a beautiful place but set aside at least half a day if you want to see it all, as the grounds sprawl over 200 acres. 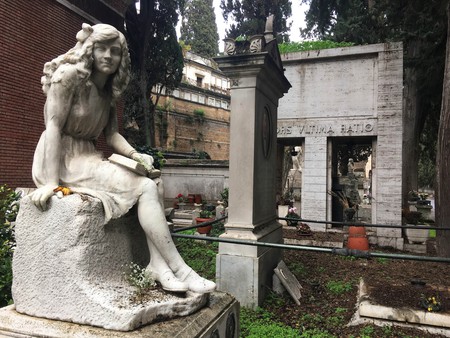 Overdose on sugar in a 1920s chocolate factory

With vintage moulds lining the walls, old machinery nestled between tables and rows of exquisite chocolate creations on display, SAID dal 1923 is a beautiful place to dine. Savoury dishes at this converted chocolate factory are a mix of Italian classics and inventive cocoa-based cuisine, but the sweet offerings are undoubtedly the star of the show. Their famous hot chocolate is rich, thick and packed with calories – delicious. 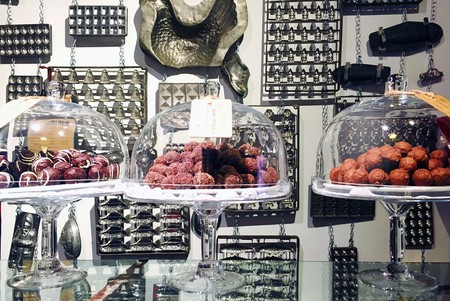 Drink a beer in the piazza

Known for its buzzing social scene, San Lorenzo has numerous bars, clubs and pubs that cater to the young people of Rome. However, you’d be forgiven for thinking there are more people hanging out outside the bars than there are actually inside, especially in the summer months. Do as the locals do and share some beers with friends in the main square of Piazza dell’Immacolata.

Not just vibrant in its personality, San Lorenzo is splashed with colourful street art. Artworks cover all manner of walls, buildings and shop shutters so a casual stroll around the neighbourhood will reveal a multitude of brightly hued piece,s but make Via dei Sabelli the first stop to see an otherworldly installation by Rome-born Alice Pasquini. 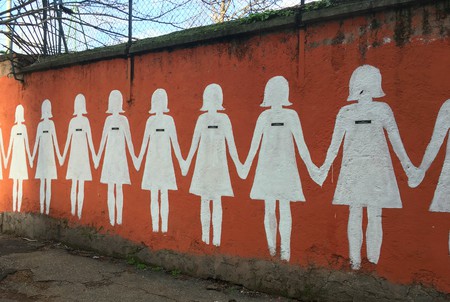 A mural against femicide in San Lorenzo | © Emma Law

Be a culture vulture at Ex Dogana

Another of San Lorenzo’s repurposed buildings, the Ex Dogana was once Rome’s industrial customs house but is today a one-stop cultural hub. This 23,000-square-metre space hosts film screenings, art exhibitions, DJ sets and live music. Its newest part, an outside courtyard known as Condominio, is an easygoing spot for early evening drinks but things really ramp up around midnight. Check the Facebook page for their themed, often zeitgeist-capturing special events.

Not only does Giufà offer a range of teas, coffees and delicious cakes and pastries to recharge the body, it also deals in interesting books to feed the mind. This independent bookstore is found just off Piazza dell’Immacolata and is a bright, friendly spot favoured by locals to meet for coffee, shop for new reads or study. 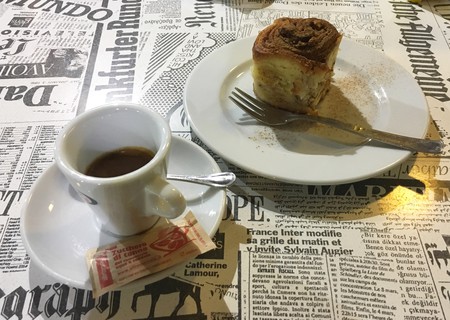 See the curious tomb of an ancient Roman baker

In front of the Porta Maggiore – the eastern gate to the city, built in 52 AD – is one of Rome’s most curious sights. A partly intact trapezoidal structure with circular openings, the edifice doesn’t give many clues to its purpose. It is in fact the tomb of Eurysaces, a baker who lived around the time of the end of the Roman Republic. The circular openings most likely represent kneading basins or vessels for measuring grain, but the most impressive part of this funerary monument is that it was built at all, as Eurysaces is thought to have been a former slave.

The #tombofeurysaces and the #portamaggiore in the background at sunset. #rome #italia #ilovemyjob