The Aeolian Islands: A Guide to Sicily's Volcanic Archipelago 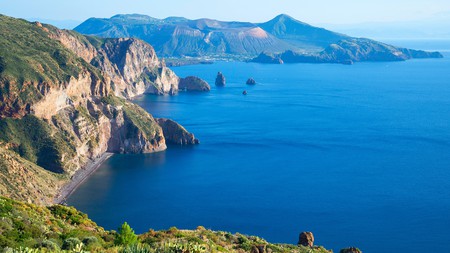 Just off the north coast of Sicily, you’ll find the Aeolian Islands. Explore the active crater and bubbling hot springs on Vulcano, or indulge in a sunset aperitivo overlooking the spectacular Tyrrhenian Sea from Panarea.

The Aeolian Islands are a volcanic cluster, comprising seven main islands and a handful of uninhabited islets. In summer, the temperature soars and visitors flock here to swim, snorkel and dive off its beaches. But it’s the volcanoes themselves that add drama and excitement: the sight of a Strombolian eruption, a dip in Vulcano’s geothermal baths or a chilled glass of wine made from grapes grown in fertile volcanic soils.

What to do on the Aeolian Islands 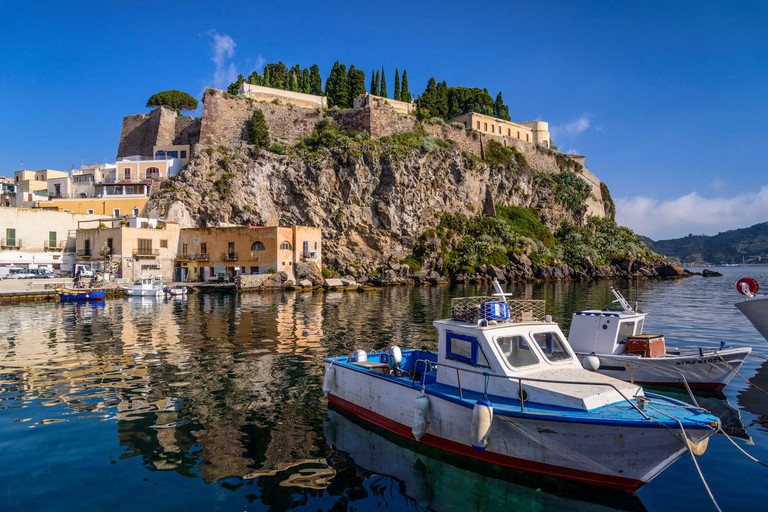 © mauritius images GmbH / Alamy Stock Photo
Lipari is the largest and liveliest of the Aeolian Islands. You can spend three nights there as part of Culture Trip’s exclusive 10-day Sicily adventure, led by our local insider. Good hydrofoil links and plenty of places to stay and to eat make this a logical base for exploring the rest of the archipelago. We recommend nosing around the castle; its fortified walls enclose two baroque churches and an archaeological museum. At the end of the day, relax with a glass of Malvasia delle Lipari, a sweet dessert wine produced locally. 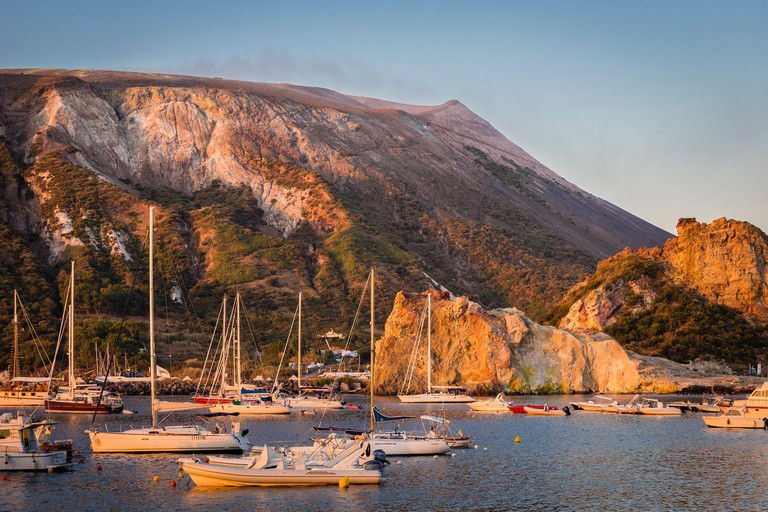 © Antonio Violi / Alamy Stock Photo
Vulcano takes its name from Vulcan, the Roman god of fire. An hour’s uphill trek will take you to the volcano’s La Fossa crater. Its rotten egg smell comes from the sulphurous gases that indicate this volcano is only sleeping, but the views from the crater over the Aeolian archipelago are remarkable. Soothe your aching legs in the baths below, where warm mineral-rich mud and submarine jets of hot water are a geothermal treat. Interested in visiting? A trip to Vulcano features on Culture Trip’s specially curated small-group Sicily tour. 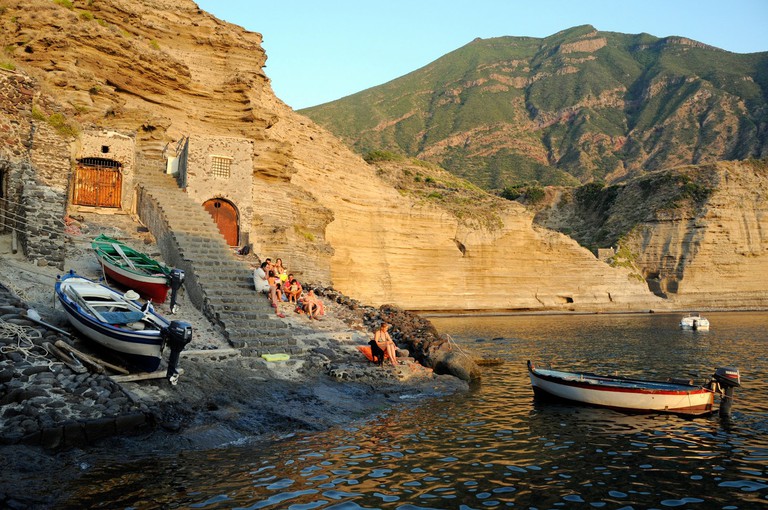 © John Zada / Alamy Stock Photo
Peaceful Salina is the island of the twin peaks: Monte Fossa delle Felci and its slightly smaller neighbour, Monte Porri. Visitors arrive in Santa Marina Salina, a port town known for its elegant 19th-century merchants’ houses. Hire a car and head over to Lingua, a small town beside a salt lake, to tuck into a fruity granita at da Alfredo’s. Another road winds up to Semaforo and a viewpoint overlooking the crater of the island’s extinct volcano. 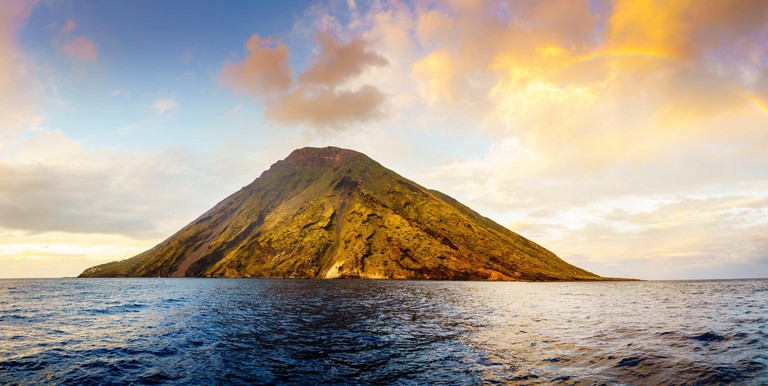 © Alexey Stiop / Alamy Stock Photo
Stromboli’s drawcard is its volcano which has been erupting incessantly for over 2,000 years. Watch as incandescent cinders and lava bombs are ejected in mild explosions. Occasionally the show ramps up a bit and lucky visitors get to witness lava fountaining, nature’s answer to a fireworks display. Climbing to the crater is permitted with a guide; an alternative is a shorter ascent to the Sciara del Fuoco viewpoint, from where a blackened lava trail can be seen. 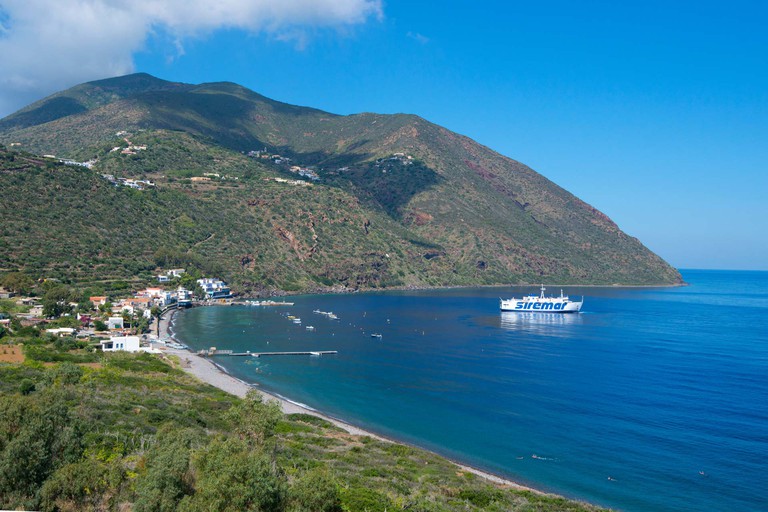 © Massimo Piacentino / Alamy Stock Photo
Filicudi was the first of the Aeolian islands to emerge from the sea around 600,000 years ago. Hike along the island’s old mule tracks or better still, take a boat ride. The beaches and steep cliffs are merely the photogenic pre-show. Don a snorkel to appreciate caves such as the Grotto del Bue Marino. Experienced scuba divers will want to explore the island’s many shipwrecks, which include a 17th-century Spanish galleon. 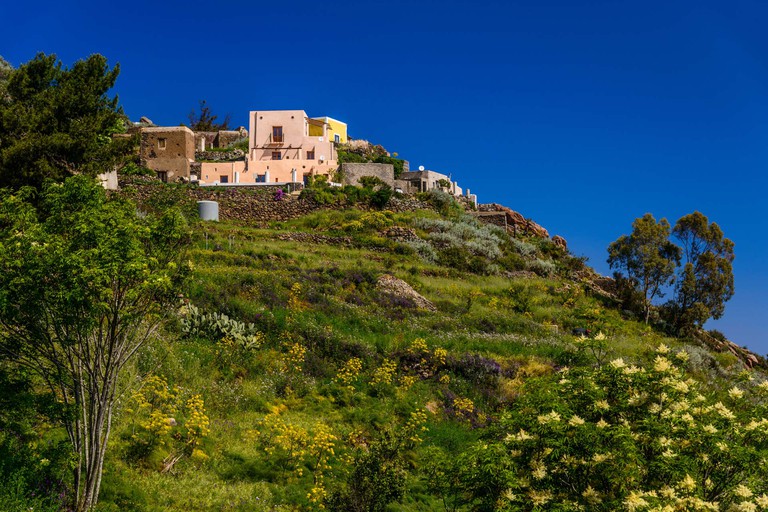 © mauritius images GmbH / Alamy Stock Photo
Unspoilt, sleepy Alicudi rises from the Tyrrhenian Sea as an almost perfect cone. There are no motorised vehicles here. Anything you can’t carry yourself will be loaded onto a mule. You’ll pass olives, vines and prickly pear trees, which thrive in fertile volcanic soils. Higher up, in the Filo dell’Arpa, they’re replaced by chestnut trees and ferns. People come here to swim, dive or fish. Down by the ferry dock, eat locally-caught seafood overlooking the water. 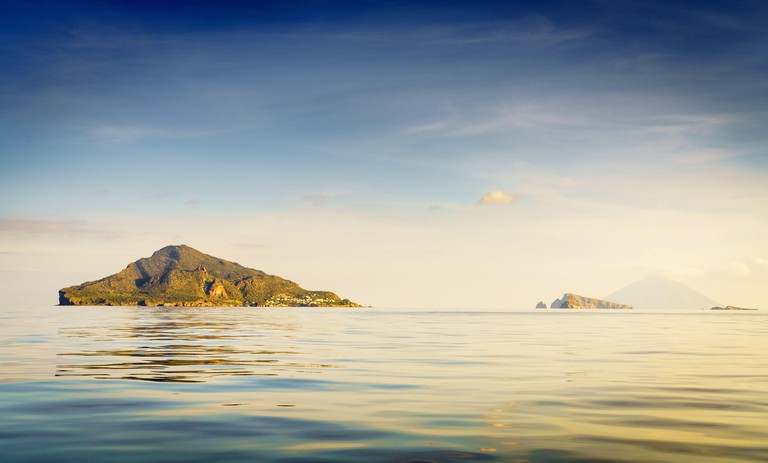 © Alexey Stiop / Alamy Stock Photo
Glamorous Panarea attracts the rich and famous. It’s not hard to see why. Azure blue doorways pop against whitewashed walls draped with hot pink bougainvillea. Its maze-like streets are ripe for exploring. No matter how lost you get, you’ll find yourself at the door of San Pietro church, dedicated to the patron saint of fishermen. Check out the island’s beaches, such as the popular Cala Junco, before retreating to the terrace of the chic Hotel Lisca Bianca for an Aperol spritz.

Where to stay on the Aeolian Islands 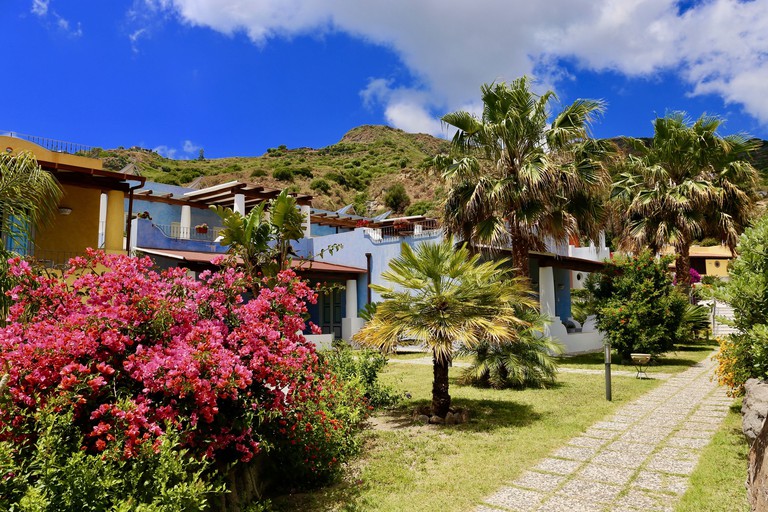 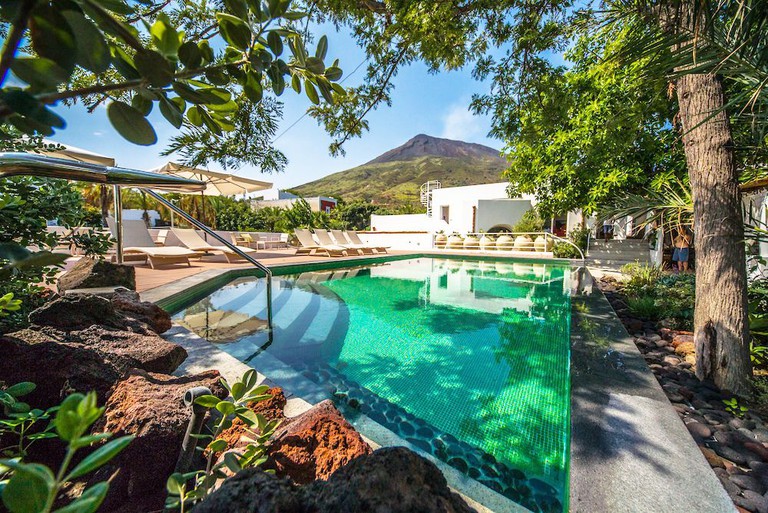 Courtesy of Il Gabbiano Relais/ Expedia
This intimate boutique hotel consists of eight apartments, conveniently located close to Ficogrande Beach. Varying in size, most have kitchens and some have their own private terrace or garden. There’s a pool for the exclusive use of guests and a deck that’s perfect for both daytime sunbathing and sunset aperitifs. 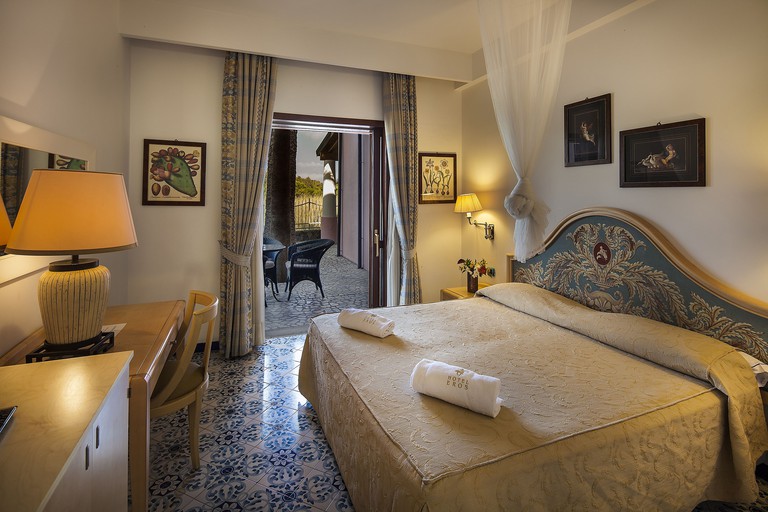 Best way to get to the Aeolian Islands

Whilst the wealthy arrive by helicopter, for most visitors the best way to get to the Aeolian Islands is by hydrofoil or ferry. Services depart from Milazzo in northern Sicily. A Liberty Lines hydrofoil serves Vulcano (45 minutes), Lipari (1 hour) and Panarea (2¼ hours). Inter-island hydrofoil connections are frequent in peak season, making day trips a breeze.

If you’re travelling from the mainland, SNAV offers a high-speed hydrofoil service from Naples, which calls at Stromboli, Panarea, Salina and Vulcano before docking at Lipari around 6.5 hours later. This daily service operates from late May to early September.