The 5 Most Beautiful Buildings in Pisa 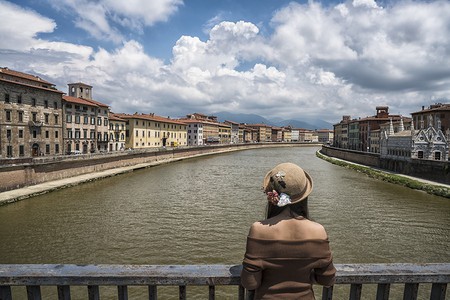 Pisa is known worldwide for its spectacular torre pendente (leaning tower) located in the majestic Piazza dei Miracoli. But the Tuscan town is also home to other magnificent buildings that are well worth a visit. So, if you want to know more about this city, take a look at this list to discover the beauties of Pisa beyond the famous tower.

Obviously, if you are in Pisa you can’t miss the tower if is your first time or even if you are an expert of this Tuscan town. The leaning tower, one of the most recognizable buildings in Italy and the world, is a must-see destination for everyone in Pisa. The marble tower rises directly behind the big cathedral and is located in the middle of a large extension of green grass. The torre building begun in 1173 as the final structure of the city’s cathedral complex after the basilica and baptistery, and is famous for the settling of its foundations which caused it to lean about 15 feet. 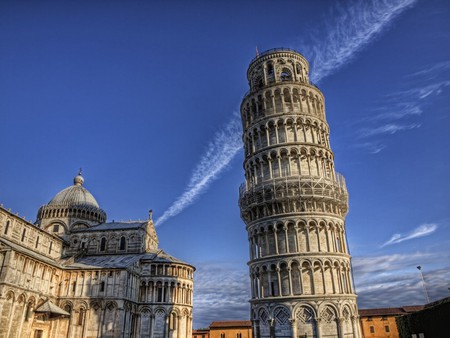 The Cathedral of Santa Maria Assunta

Often overrated (because it’s located near the leaning tower), the Cathedral of Santa Maria Assunta, also known as the Duomo of Pisa with its white marble façade, columns and statues is one of the most spectacular churches in Italy. It is located in front of the tower so, if you want to visit a stunning place and avoid the line, this is the perfect place for you. Begun in 1093, the Duomo of Pisa is a masterpiece of Romanesque architecture, with typical elements of Pisan Romanesque style that hosts many work of arts, such as Giovanni Pisano’s pulpit, door of Giambologna and St. Agnes with her Lamb by Andrea del Sarto. 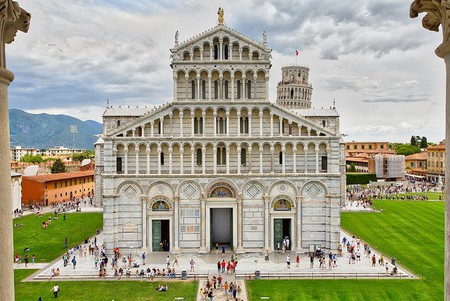 One of the largest baptistery in Italy, the marble battistero of Pisa is an example of transition from Romanesque to Gothic style. This is a place full of history and it should be on your list of buildings to visit in Pisa, even if it’s often underestimated. Begun in 1152 under the direction of Pisan architect Diotisalvi, this fabulous piece of architecture was enlarged on several occasions during the next centuries by other locals architects. The baptistery is a “Galilean site”: the great scientist Galileo Galilei was baptized here in the 16th century. Inside the baptistery there are many paintings and pieces of art all by important artists, such as Nicola Pisano and Italo Griselli. 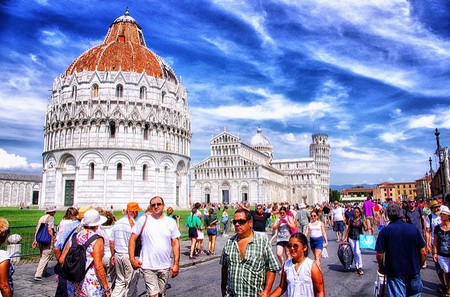 This spectacular building is located in the rounded Piazza dei Cavalieri, which during the Middle Ages was the political and civil centre of Pisa. The square is home to Torre della Muda (made famous by Dante’s Inferno with the Conte Ugolino’s tale), church of Santo Stefano dei Cavalieri and Scuola Normale Superiore (Pisa Normal School). The last one was founded in 1810 by a Napoleonic decree, as twin institution of the École Normale Supérieure of Paris. Only few people know that this school is considered to be the best university in Italy and among the best 50 in Europe.

Palazzo Giuli Rosselmini Gualandi, also known as Palazzo Blu because of its blue colored façade after a recent restoration, is a center of art located in the heart of the historic centre of Pisa, near the Arno River. The Palazzo Blu hosts a permanent exhibition divided into three sections which hold pieces of art by great Italian artists, such as Benozzo Gozzoli, Francesco da Volterra and Artemisia Gentileschi. Every year, the palace hosts temporary exhibitions such as ones dedicated to Dalì and Picasso. From the 13 October, Palazzo Blu will be the location of an exhibition on the Dutch graphic artist Escher. 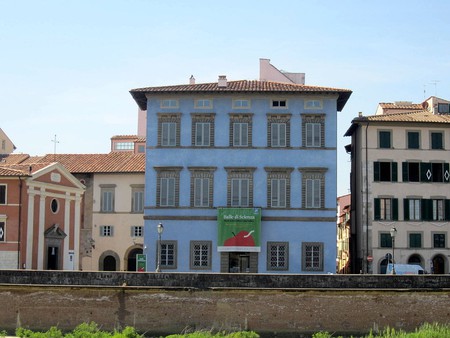