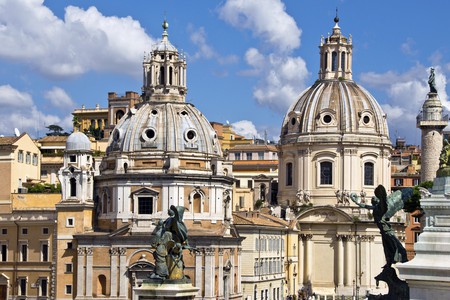 Language is an integral part to any culture’s identity. Not only is it the primary mode through which people think and communicate, it is littered with cultural and social associations that are deeply rooted in a specific historical context. Idioms and proverbs, in particular, provide enormous insight into a country’s culture and values. Is anyone surprised that many Italian phrases involve cooking or food? Read on for quirky Italian phrases that have secondary meanings other than their direct translation into English.

Translation: “Into the mouth of the wolf.”

Meaning: This phrase means “Good Luck” and originated in the theater to wish a performer good luck on stage so it is most similar to the English phrase, “Break a leg”. According to theatrical superstition, it is considered bad luck to wish someone “Good Luck” in a theater so the phrase for coined to avoid this gaffe. Today, “In bocca al lupo” is used more broadly throughout Italy to wish anyone good luck and the correct response is not “Grazie” but “Crepi il lupo” (“may the wolf die”). 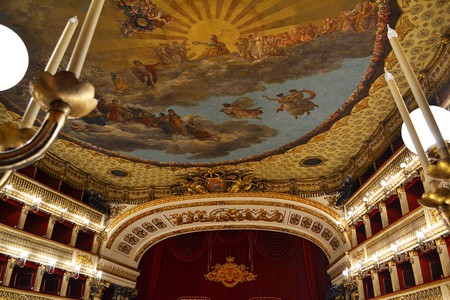 Meaning: Every little bit helps. You could use this phrase after receiving a discount or financial help, as it insinuates that adding extra ingredients to a soup will make it more flavorful, just like having a leg up can always be useful.

Translation: “From the stars to the stable.”

Meaning: This phrase means going from a good place to a bad place – it most often refers to going from a comfortable, wealthy place to a poor, miserable one. It is the opposite of the English phrase, “From rags to riches”.

Meaning: This is a pejorative phrase most often used to describe a woman who plays dumb or acts with hidden intentions. It connotes that the woman is sly and teasing, pretending to be innocent but acting in a seductive or flirtatious way. 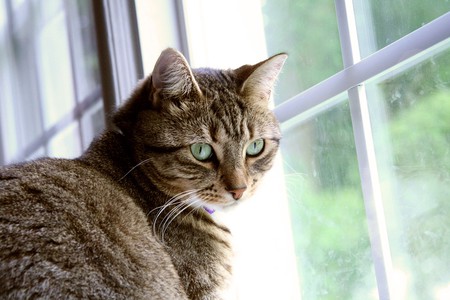 Cat on a windowsill | © rhipenguin/Flickr

Translation: “It makes a dog cold.”

Meaning: This idiom means it’s extremely cold. Although dogs live comfortable lives today, they were most often used for protection and thus kept outside as guard dogs to protect the property. In the winter, they would suffer from the cold so the phrase originates from this tradition.

Translation: “To take in around.”

Meaning: Similar to the English translation ‘to take someone for a ride’, this phrase means to tease someone or pull their leg, and is used often in conversation.

Translation: “To have your hands in dough.”

Meaning: This means to be involved in something, or have a “finger in the pie”. It’s often used in reference to a negative situation, such as being involved in shady dealings. Dough used to be made exclusively by hand (without using machinery) so the flour and water would stick to the fingers. 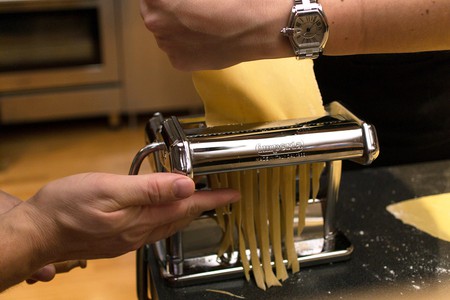 Translation: “Go to that country.”

Meaning: This phrase literally means get lost and is used most often when someone is angry or agitated. It is often accompanied with hand gestures that have quite obscene connotations. If someone needs telling off, you can “send them to that country” (mandare a quel paese).

Translation: “As good as bread.”

Meaning: This saying is used to refer to a person who has a good nature and a good heart.

Translation: “To have a fish in your face.”

Meaning: To mistreat someone, as if slapping them with a dead fish in their face, or to thrash.

Translation: “Something boils in the pot.”

Meaning: This idiom refers to something that is brewing and is often used as a question, ie “What’s cooking?” to also mean “What’s going on?” 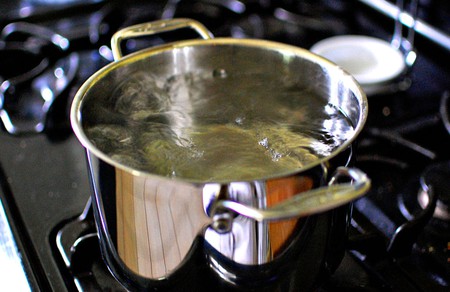 Translation: “A person on their feet.”

Meaning: This phrase refers to a person that has their affairs in order, is intelligent and ambitious and is driven by values either at work or in his/her personal life. The phrase makes reference to standing up and having your feet on the ground due to one’s good health, as opposed to being ill and reclining.

Translation: “Goodnight to the pail.”

Meaning: This idiom means “be done with it” and “that’s that!” It often implies that a person doesn’t understand what you are trying to explain and that it’s easier to leave it be. Pails were traditionally used to haul up water from wells and the phrase makes reference to the rope breaking, sending the pail further down the well without the possibility of recovery.

Translation: “It rains on the wet.”

Meaning: When a situation goes from bad to worse. The expression is similar to the English idiom, “When it rains, it pours.” 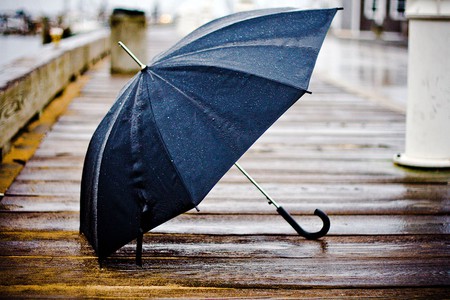 An umbrella in the rain | © bonvoyagetohappy/Flickr
Give us feedback