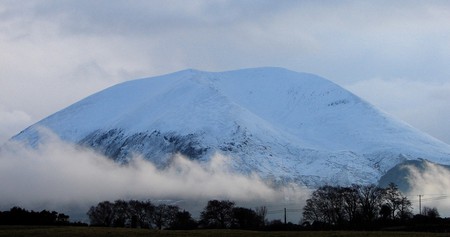 Though bookies aren’t overly optimistic about the possibility of a white Christmas for Ireland in 2016, snow-lovers continue to keep the dream alive. And while the temperate island on Europe‘s edge may not immediately come to mind as an ideal winter holiday destination, these photographs prove its picturesque rugged landscapes and welcoming cities are equally inviting during the colder months. 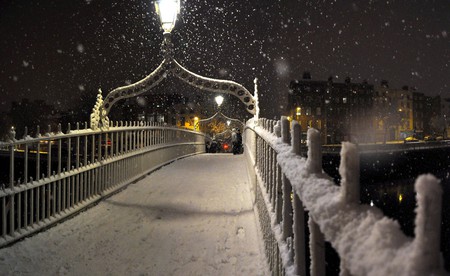 Snow on the Ha’penny Bridge in Dublin, November 2010 | © Motorito/Flickr

Dublin’s famous Ha’penny Bridge blanketed in a light nighttime snow during the record low temperatures of the winter of 2010–11 in Ireland. 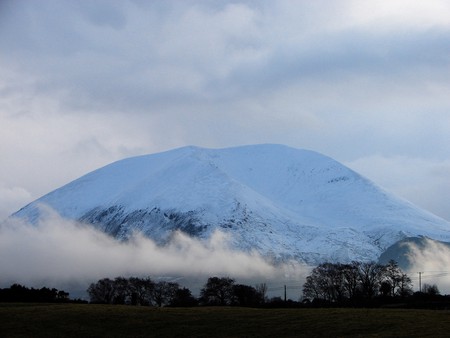 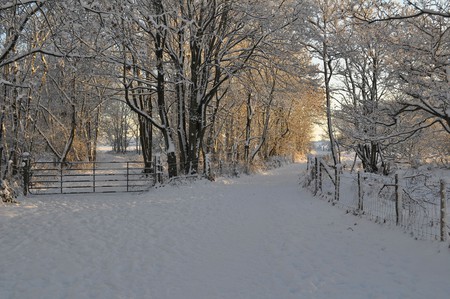 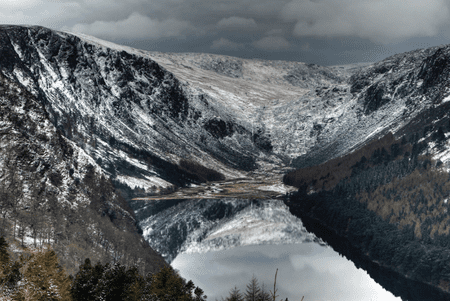 An idyllic winter view is reflected back in the glass-like surface of a lake in the glacial valley of Glendalough, County Wicklow. 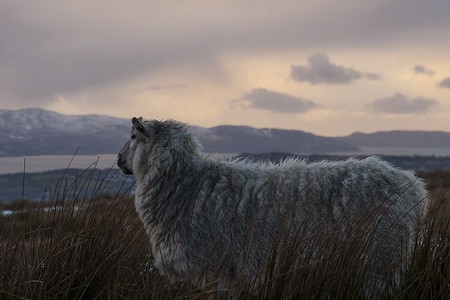 A lone Irish sheep looks out at a sunset over snow-capped mountains in the distance in rural County Donegal.

This picturesque winter panorama from the summit of Slieve Donard – Ulster’s highest mountain – could almost be a view of an Alpine vista. 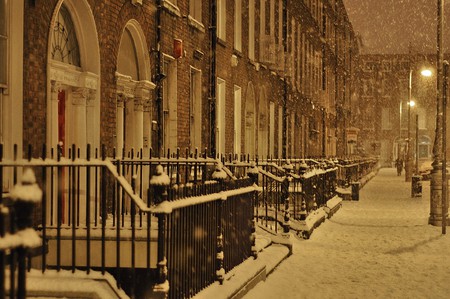 Powdery snowflakes collect on the railings of the Georgian buildings in Dublin’s Mountjoy Square during the heavy snow of January 2010. 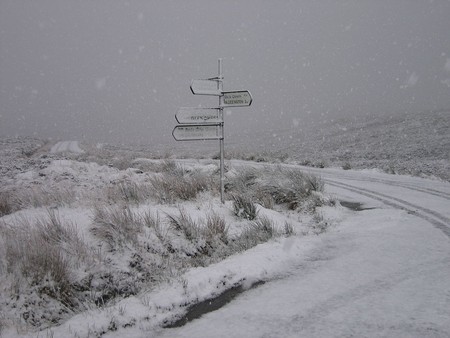 Snow-covered signposts at a crossroads in the Sally Gap pass through the Wicklow Mountains. 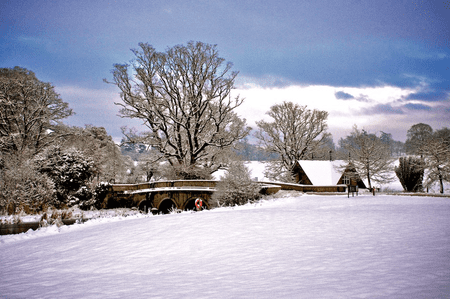 The grounds of the luxurious Carton House Hotel and Golf Club in Maynooth, County Kildare become a veritable winter wonderland after a heavy winter snowfall. 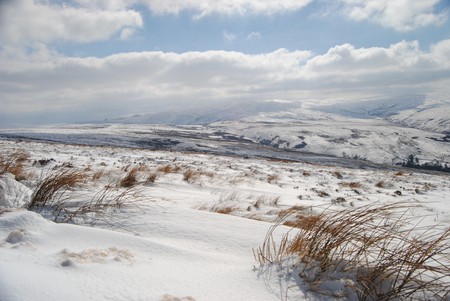 An excursion to the top of the Wicklow Mountains on a sunny winter’s day affords spectacular views for miles. 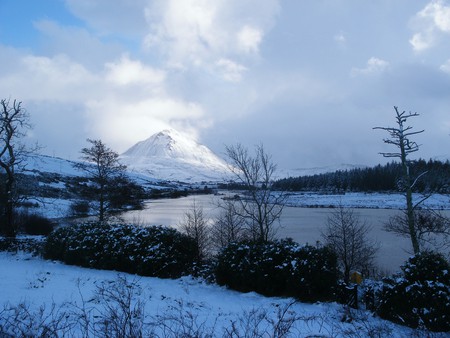 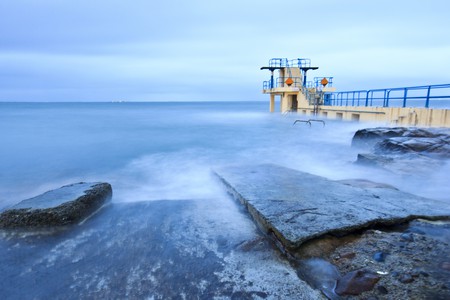 The diving pier in Salthill, Galway, on an icy day probably not suited to swimming – but perfect for photography. 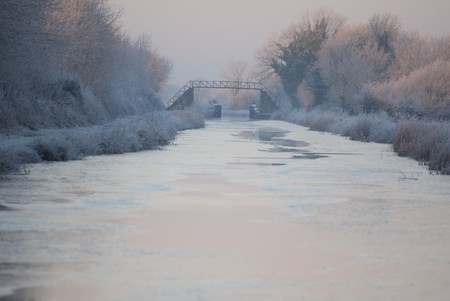 An iced-over point on the Royal Canal walking trail in County Kildare, surrounded by a frosty winter landscape. 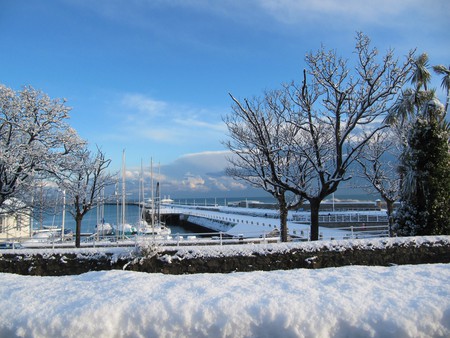 The pier in the coastal Dublin suburb of Dún Laoghaire – a local’s favourite for a summer evening walk – is just as beautiful in winter. 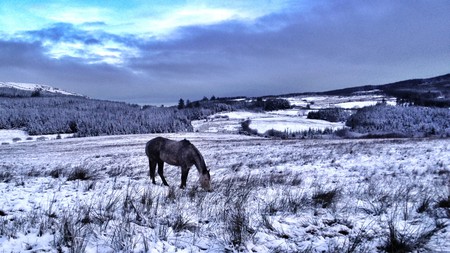 A horse grazes in the midst of a peaceful wintry scene in the countryside of County Tipperary. 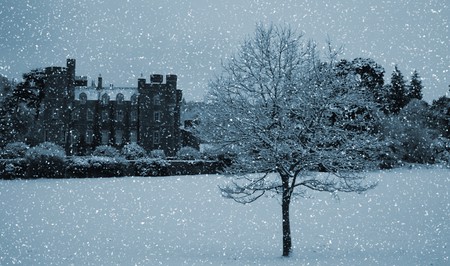 A blizzard envelops Castwellan Castle at the Castlewellan Forest Park in County Down, home to the National Arboretum of Northern Ireland. 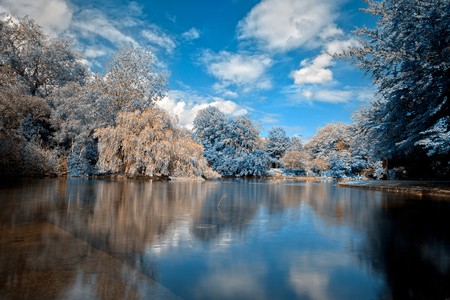 The much-loved St. Stephen’s Green in Dublin draws crowds in summer, but here, all is quiet, with snow in the trees. 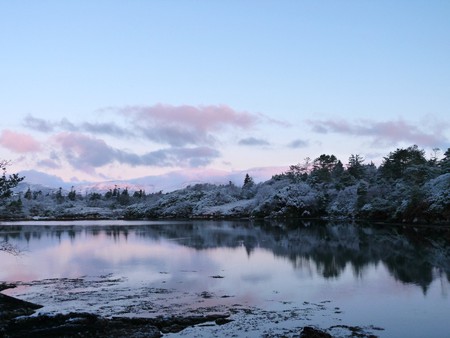 The River Sneem in County Kerry is flanked by frost-tipped pines, with a snow-topped mountain range in the background.