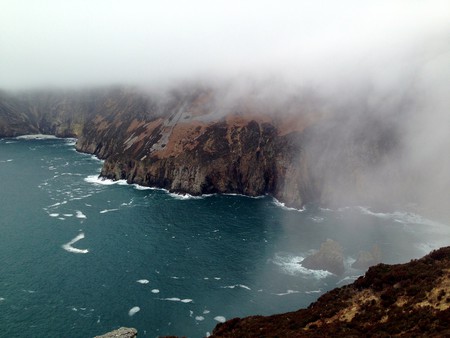 With its scene-stealing natural beauty and multitude of things to see and do, Ireland is a dream tourist destination. But just in case you need some convincing, here are 16 reasons why everyone should explore the land of saints and scholars at least once.

Ireland’s stunning scenery and unspoiled areas are still its main attractions, leading it to be voted among the world’s 20 most beautiful countries by Rough Guide readers earlier this year. Scenic places such as the Ring of Kerry, the Cliffs of Moher, and Galway’s Connemara region continue to fill visitors with wonder, while unusual topographies like the Giant’s Causeway and County Clare’s The Burren karst landscape have a magic all their own. 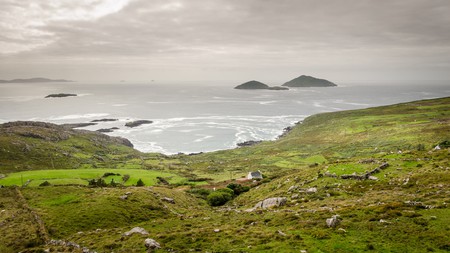 The sources urging people to visit Ireland don’t just come from inside the country – global experts on culture and travel also recognise the many facets of its appeal. Donegal was officially named ‘the coolest place in the world’ for 2017 by the National Geographic, and Ireland was recently nominated as Europe’s Leading Destination for this year in the 2017 World Travel Awards.

Ireland knows how to play to its strength and has worked hard to bolster the profile of tourist trails like the Wild Atlantic Way, a 2,600-kilometre (1,600-mile) stretch along the west coast (plus parts of the north and south) that is the world’s longest defined coastal driving route. Both it and the Coastal Causeway Route between Belfast and Londonderry offer breathtaking views and numerous points of local interest along the way. 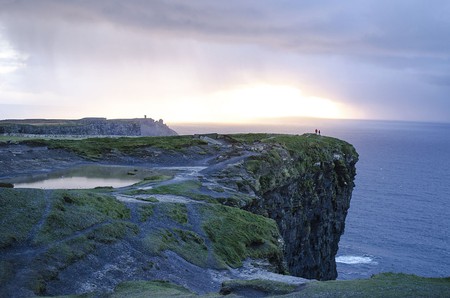 There are some truly amazing places to stay in Ireland: from the Ballyfin Demesne Hotel in County Laoise, voted the best hotel in the world, to sprawling castle hotels, such as Ashford Castle, in County Mayo. 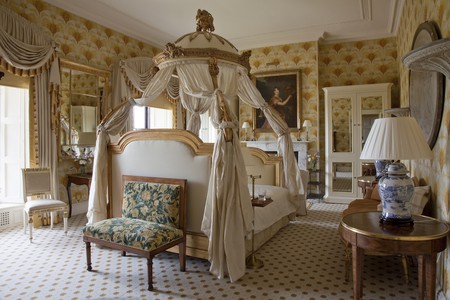 Evidence of humans living in Ireland can be traced back as far as around 10,500 BC, and the country has some spectacular prehistoric sites to visit, the oldest being at Mount Sandel in Northern Ireland. Mayo’s Céide Fields is the largest neolithic site in the world, while the famous passage tomb of Newgrange (a UNESCO World Heritage Site) in County Meath lines up with the winter solstice.

Newgrange is neighboured by another tomb, named Knowth, said to contain more than a third of the total number of examples of megalithic art Western Europe. Ireland is also home to the oldest monasteries in the British Isles, such as the beautiful 6th-century monastic site at Glendalough in County Wicklow. And one of the most treasured medieval manuscripts in the world – the Book of Kells – is housed at Trinity College in Dublin. 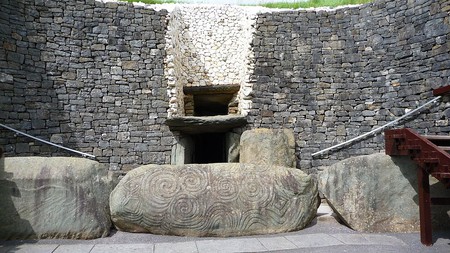 Ireland’s long history is both fascinating and tragic, particularly in regards to the many rebellions against British rule, which ultimately resulted in independence for the south of Ireland through the formation of the Irish Republic but also led to huge loss of life. Places like Kilmainham Gaol (the prison that held many Irish revolutionaries and where many of them were executed) and Spike Island (known as Ireland’s Alcatraz) have become major historic attractions as a result. Spike Island was even recently shortlisted as Europe’s leading tourist attraction for 2017 in the highly respected World Travel Awards. 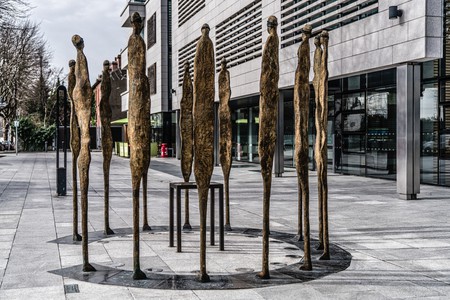 One of the world’s oldest languages

The Irish language is one of the ten oldest languages still spoken today, said to date back to before AD 3–4, when primitive Irish was first inscribed on ogham stones. Although you’ll probably have to seek out a Gaeltacht (Irish-speaking) community to hear it spoken fluently, it’s worth the effort to hear the ancient language still in day-to-day use.

As one of the best-selling beers in the world, Guinness is without a doubt Ireland’s most instantly recognisable export, and a huge amount of people want to see where it’s made – the Guinness Storehouse in Dublin was Ireland’s most visited paid tourist attraction in 2015, bringing in close to 1.5 million visitors. But no need to go to the brewery – the Guinness in Ireland is often said to taste significantly better than elsewhere (even Barack Obama says so).

Expert hikers adore Ireland, and outdoor adventure journalist Peter Potterfield even named the summit climb of Croagh Patrick as one of the 15 best hikes in the world. There’s also the Wicklow Mountains, Croaghaun Mountain on Achill Island – which at 688 metres (2,257 feet) is the site of the third highest sea cliffs in Europe – and Carrauntoohil, Ireland’s tallest peak. Another plus for adventure junkies – Ireland offers some of the best surfing in the entire planet: Bundoran was chosen as one of the world’s top 20 surf towns by National Geographic, and big wave surfing in County Sligo attracts pro from across the globe. 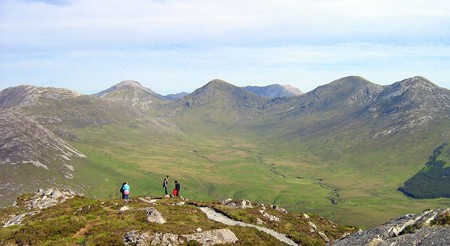 Ireland’s foodie scene has been going through an inspiring evolution in recent years. As chefs wholeheartedly embrace the quality of local Irish produce, it seems as if new restaurants and cafés appear almost daily, and major events like Ballymaloe House’s Litfest in Cork and the Food on the Edge symposium in Galway attract world renowned culinary minds. No doubt, it will only get better. 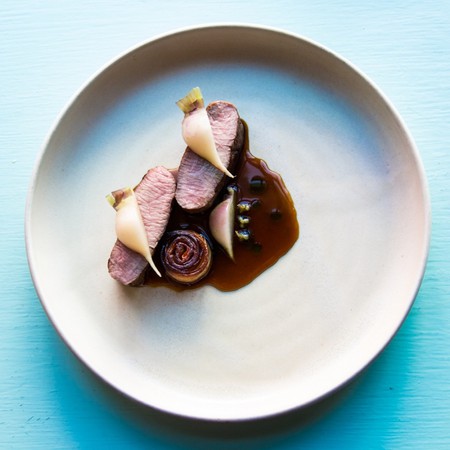 Sweeping generalisation or not, the people of Ireland have a reputation for being welcoming and friendly, and according to Fáilte Ireland’s most recent Visitor’s Attitudes Survey, 99% of respondents did indeed find the Irish people friendly and hospitable during their stay – something that, no doubt, makes a big impact on the overall experience.

Whether of traditional seanchaí (long-form oral lyric poems) or more modern authors of great literature, the Irish are known as a nation of storytellers. The oral storytelling tradition may not be what it used to be, but events like the Cape Clear Island International Storytelling Festival and the Evenings of Food, Folklore, and Fairies at The Brazen Head pub in Dublin keep it alive. 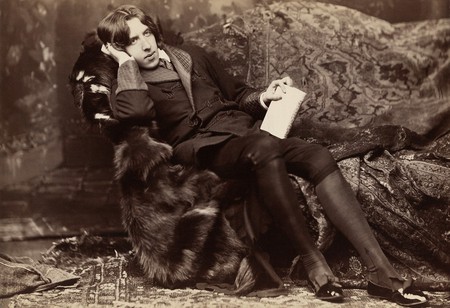 Whether it’s a session of pub ‘trad’ (traditional Irish music) in Galway or Dingle, a gig at the beloved Whelan’s venue in Dublin or a major festival like Electric Picnic in Stradbally, Ireland stages some of the best music events you’ll ever experience – just ask those who were lucky enough to get to one of Van Morrison’s epic concerts at Cyprus Avenue, Belfast, in 2015.

Speaking of festivals, make sure to participate in one of the many cultural festivals that the country holds annually – we recommend Galway International Arts Festival in particular, but there are a host of others, big and small, that take place all across the nation. Galway alone has 15 great ones and will serve as Europe’s Capital of Culture in 2020.

Lovers of botany will appreciate Ireland’s many cultivated green spaces, from the impeccable 19-hectare (47-acre) gardens at the Powerscourt Estate (frequently included in lists of the world’s most beautiful) to the Japanese gardens at the Irish National Stud (held up as the finest of their kind in Europe) to the Italian gardens blooming in the humid microclimate of Garnish Island in West Cork.

On top of that, the National Botanic Gardens in Dublin has welcomed more than 300 endangered plant species from around the world as well as six species already extinct in the wild – a condition they say makes the gardens ‘like a Noah’s Ark for the future’. 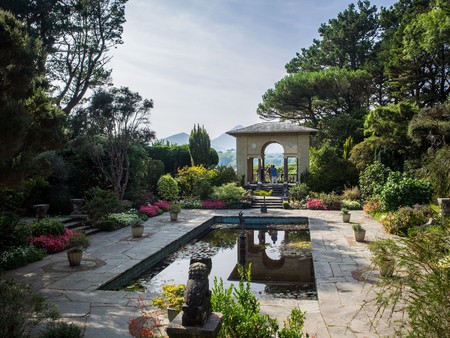 The Irish have emigrated all over the globe – around 80 million people worldwide, many in Chicago, Illinois, claimed to have Irish roots by the 21st century (many ) – which is why so many people come to visit their ancestors’ home. This custom was formalised in 2013 with The Gathering, a major tourism initiative aimed at bringing members of the Irish diaspora back to the country for special events throughout the year.